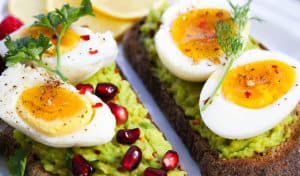 MTHFR stands for methylenetetrahydrofolate reductase and is produced by the MTHFR gene.

MTHFR enzyme performs the function of adding chemical (methyl) groups to folic acid (Vitamin B9) in order for the body to utilize it efficiently.

This process is also necessary for the process that converts the amino acid homocysteine to another amino acid, methionine.

With your 23andMe raw data, you can learn a lot about your MTHFR gene.

But, why should you learn about your MTHFR gene status?

All of us have the MTHFR gene. But the type of MTHFR gene differs from person to person.

To explain this better, let’s take the example of blood groups. All of us have red blood. But you may have O+ve blood type, while the other person may be A-ve - and these different blood groups have different health implications.

Like how O+ve and A+ve are the most common blood types, the MTHFR gene also has 2 common variants (type): C677T and A1298C, the former being more common than the latter.

About 40% of the American population have the C677T type, which has been associated with up to 80% reduction in the enzyme’s efficiency

This reduction has been found to lead to increased levels of homocysteine, which in turn increases the risk of venous thrombosis and heart diseases.

Once you learn about the type of MTHFR gene you carry, the effects of it can be made better by simple fixes such as dietary changes and folic acid supplements.

What is an MTHFR test?

An MTHFR gene test examines variations in the MTHFR gene.

This test does not need a medical prescription.  It can be performed in a major genetic diagnostic lab such as Quest or LabCorp.

In an MTHFR gene test, the DNA is retrieved from a saliva sample. The sequence of your DNA is then analyzed for the most well-studied and verified types of MTHFR gene known to have an effect on your body functions and disease mentioned above.

Who tests for MTHFR mutations?

There are many service providers and online tools that help you find out about your 23andMe MTHFR status. Some of them are listed below:

How to check my DNA raw data for MTHFR status

The C type gene produces an enzyme that is stable in heat. Thus, people who have this type have normal enzymatic activity.

The T type gene (T at position 677), on the other hand produces an enzyme that is unstable in heat.

People who have the T type gene have lower enzymatic activity as this enzyme is readily destroyed by heat.

Individuals with two copies of the C type gene (CC) are the majority in the population.

Low dietary intake of the vitamin folic acid can also cause mild hyperhomocysteinemia.

Essentially, your 23andMe MTHFR analysis provider will be able to tell you whether your MTHFR enzyme efficiency is normal, reduced, or severely reduced and recommend supplements or diets accordingly.

With simple dietary modifications, you will be able to mitigate the enzyme deficiency.

If you already have your DNA raw data from an ancestry test you may have done, you can easily find out your 23andMe MTHFR status from your DNA raw data. Otherwise, you may consider an ancestry test for $99 or less, so that you can get your genetic raw data for further analysis. Once you have your raw data, you can upload it to xcode.life for your 23andMe MTHFR status report.