The DNA Blog » 23andme raw data » Effects Of Sports Drinks: Is The Price Too Much To Pay?

Effects Of Sports Drinks: Is The Price Too Much To Pay? 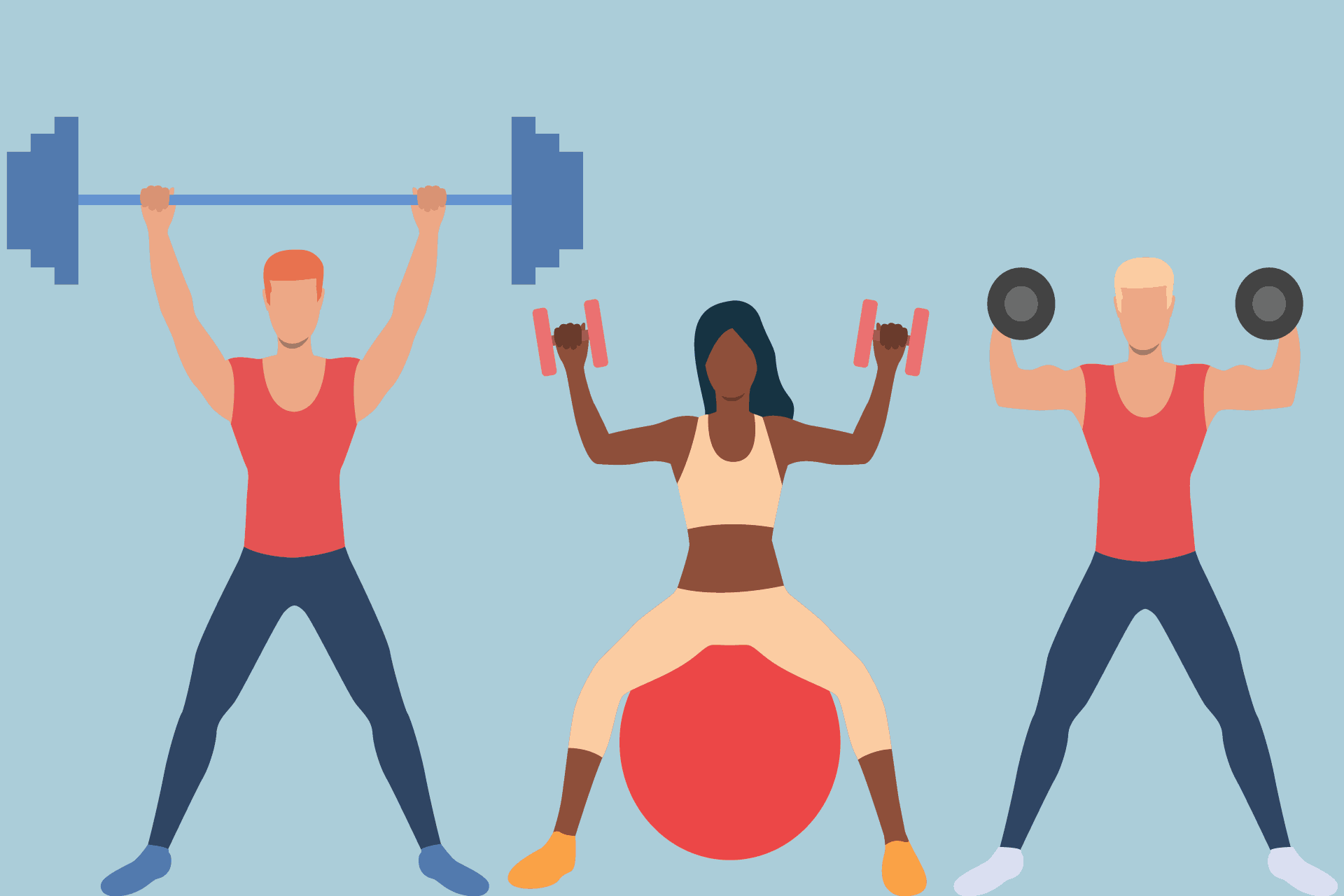 With the vague sound of audience’s cheering in the background, the athlete races forward, running, trying to make it first to the finish line. He has blocked every sound, every sense, and is only focused on his feet pushing the ground hard and propelling him forward. To take down the ribbon at the end of the line before anyone else reaches it. While others would normally feel exhaustion - physically and mentally, the athlete moves on and pushes forward, racing towards the finish line. What made him press on and remain active in the ground when his muscles were aching with pain? Endurance. Now, while he is relentless about his pursuit, some runners stop at hydration stations for energy drinks. Why is that? Do these drinks really give them more energy and boost their performance in the race? Let’s find out.

What's all the buzz about endurance and electrolytes?

Endurance is the ability to exert oneself and withstand the challenge for a long time. It is a key factor in many sports. Marathon is a good test of endurance. It not only trains you to run faster but also extends the amount of time you can run at your optimal speed. Having a better endurance response implies that your muscles are designed for repetitive work, to withstand the challenge for a longer period of time.

Endurance athletes reach for sports drinks after their time on the field, to stay hydrated and to replenish electrolytes lost. You may have heard of electrolytes mentioned before, particularly if you're into fitness. So, what are they? What’s the fuss all about?

Electrolytes are important minerals that help your body maintain a stable internal environment. Particularly, they are essential for the proper functioning of your muscles and nerves. There are many different electrolytes, but the most important ones are sodium, potassium, magnesium, and chloride. They are crucial for the proper functioning of the body and any imbalance in the electrolyte level can have serious consequences.

One-third of adolescents in the United States consume sports drinks and 15% consume energy drinks on a weekly basis, shows a study conducted in 2014.

These contain carbohydrates, electrolytes, sugars, and some vitamins. The primary cause of concern lies in the flavoring and coloring agents used, because these are known to cause cancer among several other illness. The side effects of too much sports drinks are discussed in the following sections. Sports drinks generally contain two-thirds of the calories present in sodas. They were initially developed for athletes to replace electrolytes lost after an intense workout in the field. But, many individuals who consume these are not athletes and this is another cause for concern that is addressed later.

Energy drinks contain stimulants like caffeine, taurine, and guarana where the real harm lies. Also, most energy drinks contain thrice the amount of caffeine that is normally present in sodas. Kids, teens, and young adults under 25 contribute close to $5 billion of the total $10 billion of the market. This has raised so much of an alarm, that a separate code was assigned by the American Association of Poison Control to track overdose incidents caused by energy drinks. The side effects of the overdose are shocking; it ranges from liver damage and seizures to even death.

Research shows that while taking electrolyte supplements and sports drinks help in replacing the essential electrolytes lost during workouts, they actually do very little to boost the performance or preclude an impending illness. A Stanford University study conducted on 266 ultramarathoners shows that electrolyte supplements are exaggerated in their claims about giving energy the athletes need for the race. The study was conducted on the rough terrains of South America where ultramarathoners ran in extreme weather conditions for 155 miles over a 7-day period. The blood work and physical stature measurement of the athletes were taken prior to the race along with information about the electrolyte supplements use.

Over 95% of ultramarathoners take electrolyte supplements before the race begins, and 90% of them reach for sports drinks.

The authors of the study indicated that staying hydrated and having a balanced nutritious diet with a pinch of extra salt (rich in sodium) will help balance the electrolytes. Drinking a glass of milk after workouts will give you the sodium, exactly the same amount that some sports drinks give.

Another downside is that most sports drinks are taken by individuals who are not athletes. Drinking too much can cause tooth decay in young adults. They are also the cause of obesity, especially in children, shows a study. Additionally, sports drinks use food dyes like Red No. 40 and Yellow No. 5. These are known to cause cancer, among other ill effects on health. Isn't the price a little too high to pay? Especially when the benefits, that the sports drinks claim to offer, can be achieved from other safe options? Like coconut water and salty snacks.

How can you improve endurance?

What has genetics got to say?

“I've worked hard throughout my entire life, but I don't think all the hard work could have produced the same results without all the genetics I was given”

This quote by the famous American football player powerfully captures the importance of genes for athletic performance. Understanding the genetic architecture of athletic performance is an important step for an optimal training regimen. The capacity to perform endurance exercise is influenced by a number of factors, many relating to cellular metabolism and cardiovascular function.

A 2015 study revealed at least 77 genetic markers associated with endurance. Some of these variants result in a better endurance response and make your muscles more suitable for repetitive work like high repetition weight training or longer duration cardio sessions. These genes influence endurance aspects such as the type of fuel used by the cells for energy production, the percentage distribution of muscle fibers (slow twitch and fast twitch), and the adaptability of the blood vessels to carry more oxygen. Some variants help you withstand challenges and make your better at endurance-based activities, while other variants are not very favorable for endurance. For example:

Angiotensin I converting enzyme, also called ACE gene, is important for balancing electrolytes and regulating blood pressure in the body. One particular variant of this gene, rs4343, causes a G>A transition. A change to the A allele increased the effects of ACE gene activity, thereby improving the regulation of blood pressure and electrolytes which are key for maintaining endurance.

This gene encodes the Actinin Alpha 3 protein and is primarily expressed in the skeletal muscles. Variants of this gene influence athletic performance. One variant of this gene rs1815739, causes a transition from T>C allele. This variant, however, influences contraction and interferes with muscular endurance, causing performance to suffer.

Let's take a look at the lifestyle aspects

Long-distance running is a sport that requires muscular endurance. During a race, a marathon runner’s body performs the same movement and stride, over and over again. With each stride, the quads and calf muscles undergo ‘eccentric’ contractions: momentum forces the muscles to lengthen, even as you try to shorten them to push off again. Low endurance levels can result in a steady accumulation of microscopic damage to the muscle fibers.

The following tips can help in building endurance:

Hand-picked article for you: Why BMI Is Not The Right Way To Measure Body Fat

Exercises to boost your endurance

Sports drinks help in hydration and replenishment of electrolytes, and is therefore the go-to drink before and after a workout. Athletes can drink plenty of water and eat salty snacks before a race, instead of sports drinks, to help balance their electrolyte levels. If, however, they do prefer sports drinks, taking them only after an intense session is a good option. For individuals who are not athletes, it’s best not to reach out for such sports/energy drinks often as their ill effects far outweigh the benefits. Coconut water, or even plain water, is the best option when it comes to staying hydrated and having balanced electrolyte levels.

When it comes to endurance, sports drinks don’t offer much benefits. Changes to exercise and diet will help improve endurance. Endurance also brings with it a host of health benefits apart from making you better at sports. Having certain genetic variants will certainly work to your advantage!