The DNA Blog » Genes and PGx » How Genes Influence The Breakdown Of Amitriptyline?

How Genes Influence The Breakdown Of Amitriptyline? 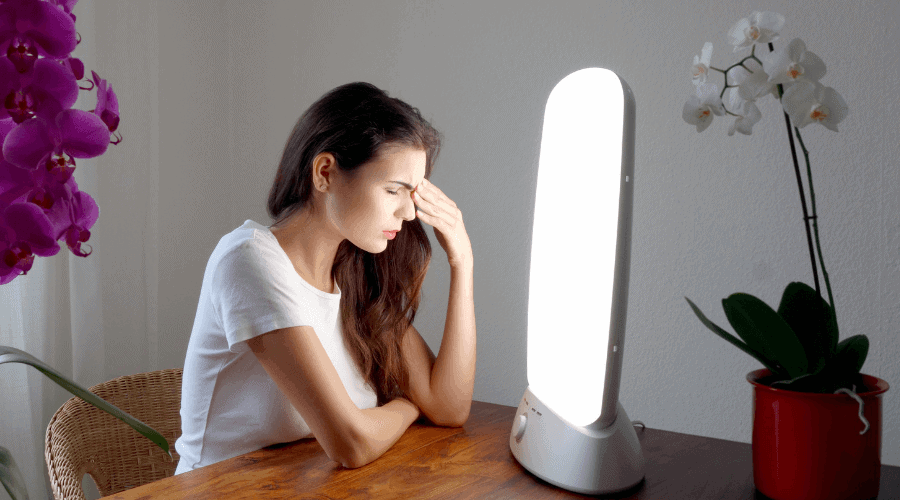 Amitriptyline is a tricyclic antidepressant (TCA) that is used to treat signs of depression.

It is also used to treat migraines, chronic headaches, and chronic neuropathic pain (pain due to nerve damage).

TCAs are a class of psychotic medications used to treat mood and depressive disorders.

They are named after their chemical structure which contains three atom rings.

Amitriptyline is sold under the brand names Elavil, Vanatrip, and Endep.

How Does Amitriptyline Work?

Amitriptyline works by inhibiting the actions of the Norepinephrine Transporter (NET) and the Serotonin Transporter (SERT).

These transporters reuptake (reabsorb) the neurotransmitters once they have performed their activities.

Reuptake is a necessary process to recycle neurotransmitters and control their levels available to the brain. Reuptake also decides how long a neurotransmitter’s signal lasts.

**Neurotransmitters like serotonin, norepinephrine, and dopamine are signaling molecules that alter the mood.

Inhibiting these transporters ensures delayed reuptake of the neurotransmitters. As a result, the brain experiences increased norepinephrine and serotonin activities.

Studies show that low levels of norepinephrine result in depression. Similarly, serotonin deficiency can play a role in worsening a person’s depressive state.

By ensuring the brain has access to increased levels of norepinephrine and serotonin, amitriptyline helps treat the signs of depression.

Side Effects Of Amitriptyline

Some common side effects of amitriptyline are:

Some of the severe side effects of amitriptyline are:

Amitriptyline may interact with other medications and lead to severe side effects or changes in drug efficacy.

Notify your doctor if you take the below medications along with amitriptyline.

CYP2D6 And CYP2C19 Genes And Amitriptyline

The CYP2D6 gene contains instructions for the production of the Cytochrome P450 2D6 enzyme that plays a vital role in eliminating xenobiotics (chemicals not found naturally in the body).

Likewise, the CYP2C19 gene contains instructions for the production of the Cytochrome P450 2C19 enzyme that helps eliminate xenobiotics from the body.

The CYP2D6 and CYP2C19 enzymes eliminate 25% and 10% of all clinical drugs, respectively.

Amitriptyline is also eliminated from the body using these enzymes.

People carry different versions of the CYP2D6 and CYP2C19 - according to the version they carry, they're classified as follows.

A haplotype is a group of gene changes that are inherited together. Star alleles are used to name different haplotypes.

There are more than 100 changes noted in the CYP2D6 gene.

Out of these, the *1, *2, *33, and *35 alleles of the gene are normal functioning alleles associated with normal metabolism.

Individuals who have multiple copies of the normal function alleles experience ultrarapid metabolism.

The *2 and *3 alleles are no-function alleles and are associated with poor metabolism.

It also plays a role in multidrug resistance (a process by which cells develop resistance to clinical drugs).

rs4148740 is a Single Nucleotide Polymorphism (SNP) in the ABCB1 gene.

When treated with amitriptyline, people with the G allele have an improved chance of depression remission (disappearance or reduction in symptoms) compared to those with the A allele.

Recommendations To Safely Use Amitriptyline

Amitriptyline can alter the heart rhythm and lead to irregular and fast heartbeats. This can be dangerous in people who have had recent heart attacks.

If you have had a heart attack or any heart ailment, make sure you talk to your doctor about it.

Usage In People With Diabetes

Studies show that amitriptyline may increase or decrease blood sugar levels and make it challenging to handle diabetes.

If you have diabetes and are on amitriptyline, then make sure you monitor the sugar levels regularly.

Studies show that using TCAs like amitriptyline, when taken during pregnancy, can increase the risk of organ-specific defects in the fetus.

In rare cases, the use of antidepressants may worsen the initial symptoms of depression and mood swings and lead to the development of new symptoms.

Therefore, monitor how you feel while on amitriptyline and notify your doctor right away if you notice mood swings, behavioral issues, or other mental and physical changes.

Amitriptyline overdose may be very dangerous and lead to the below conditions.

If you or someone you know has overdosed on amitriptyline, contact the nearest Emergency Room right away.

Discontinuing antidepressants abruptly can lead to worsening of the initial symptoms and withdrawal symptoms too.

Instead, your doctor will bring down the dosage levels gradually to make the weaning process easier.

Planning drug doses based on the phenotype will ensure the drug works better without the risk of overdosing.

Genetic testing can also help understand if a person will respond better to amitriptyline or another alternate medication.

Analyze Your Genetic Response to Amitriptyline

May 29, 2021
Clarified my allergies
Didn't expect much but this proved me wrong. I discovered useful personal traits and information about my health that I customized towards my day to day living. For the longest time, I thought I was lactose intolerant and allergic to cockroaches, but this report showed me that I wasn't. I thought the milk from the bubble tea I drank every weekend was causing my constant bloating. Truthfully, I didn't drink enough water and was snacking a lot. Thank you, this has been life-changing.
Brooke Dawe