The DNA Blog » Genes and PGx » How Genes Influence The Breakdown Of Amodiaquine?

How Genes Influence The Breakdown Of Amodiaquine? 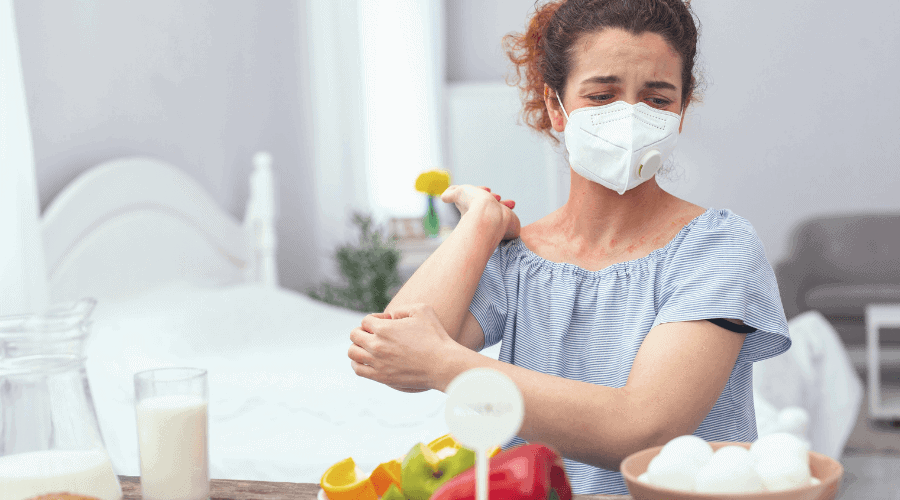 4-aminoquinoline is a type of quinoline (an aromatic organic compound) with an amino group in the fourth position.

Different forms of 4-aminoquinoline are used to treat various infections.

According to the World Health Organization (WHO), there were 229 million cases of malaria recorded globally, and 67% of these cases were identified in children aged less than five.

Amodiaquine is the most commonly prescribed antimalarial drug (prescribed 90% of the time).

It is added to WHO’s List of Essential Medicines list and is sold under the brand names Camoquin and Flavoquine.

How Does Amodiaquine Work?

The malarial parasite needs heme for its growth. Heme is an essential iron-containing molecule produced in the liver and bone marrow.

It helps attach oxygen to the bloodstream. Hemoglobin is a combination of heme and globin proteins.

The malarial parasites obtain heme from the infected person’s hemoglobin and convert it into a non-toxic form called hemozoin.

This is to prevent free heme toxicity that can kill the parasites.

Amodiaquine works by attaching itself to the free hemes in the body and preventing the malarial parasites from converting heme to hemozoin.

The increased number of free heme content kills the parasites.

Side Effects Of Amodiaquine

Some of the common side effects of amodiaquine are:

Some of the more severe side effects of amodiaquine are:

About 1% of the population may experience liver damage, so amodiaquine is only used to treat malaria and not to prevent it.

It is also primarily available only in Africa, not the United States.

Another rare side effect of amodiaquine is hematological toxicity.

This condition causes a decrease in bone marrow and blood cell production, increasing the risk  of anemia, infections, or bleeding.

Amodiaquine may interact with other medications and lead to changes in drug efficacies or severe side effects.

Therefore, notify your doctor if you use any of the following drugs:

This enzyme converts amodiaquine into another form called N-desethylamodiaquine.

N-desethylamodiaquine is the primary metabolite of amodiaquine.

A metabolite is an intermediary substance produced as a result of metabolism.

Certain changes in the CYP2C8 gene affect the CYP2C8 enzyme levels and may increase or decrease the rate of amodiaquine metabolism.

A haplotype is a group of gene changes that are inherited together. *2 is the star allele of the CYP2C8*2 haplotype.

Star alleles are a way of naming haplotypes.

CYP2C8*2 is most commonly found in the African population and is associated with reduced metabolism of amodiaquine.

People with the CYP2C8*2 haplotype had a 6-fold lower drug clearance rate from the body.

This may lead to the risk of drug toxicity.

People with this CYP2C8*3 haplotype also tend to have decreased enzyme activity.

Therefore, they may be at an increased risk of drug toxicity.

Recommendations To Safely Use Amodiaquine

Weigh The Risks And Benefits

Though Amodiaquine is a commonly used drug to treat malaria, the rare but severe side effects have to be considered.

That is why doctors only used the drug to treat and not prevent the condition.

Your healthcare provider will analyze the risks and benefits of using the drug and then make an informed decision about using it.

People with existing liver conditions need to be carefully monitored if they are administered amodiaquine.

This is because the drug may intensify liver damage in some cases.

In the right doses, Amodiaquine may not cause fetal damage and may be administered to pregnant women.

Doctors suggest these women get periodic liver function tests to rule out drug-caused liver damage throughout the pregnancy.

CYP2C8 inhibitor drugs may lower the levels of the CYp2C8 enzyme in the body.

As a result, the body cannot clear out amodiaquine effectively, leading to a risk of drug toxicity.

The following are some strong and moderate inhibitors of CYP2C8.

Genetic testing can help determine the rate of amodiaquine metabolism based on the CYP2C8 gene changes.

Together, the rate of drug metabolism and drug interactions may affect drug efficacy and amodiaquine toxicity.

This may have clinical implications while treating malaria.

Analyze Your Genetic Response to Amodiaquine

March 30, 2021
Very helpful and quick response time
Definitely worth the money! I had recently did the 23andMe testing and I've always been more curious on my MTHFR mutations, as it can be tied to many health issues. I came across Xcode Life where I could upload the raw data from 23andMe (which was very easy by the way) and get additional info. While I was doing it I decided to also get the Covid related test out of curiosity. I got the results the same day. I even had some questions and their customer service is on point. Extremely helpful and quick response time.
Kimberlee Jackson

March 14, 2022
I’m so glad I found Xcode!
Wow! The amount of data and reports that you get after just an hour’s wait is immense! I finally have some answers I always wanted from my original dna company (ancestry). All I had to do is upload the data and after a short wait I received all of my reports. If you are unsure of which package to buy - do the biggest - it is so worth it!
Bethany Jackson

June 25, 2021
Wonderful experience
I had such a wonderful experience with Xcode Life! It was super quick and easy to use and I received a TON personalized information. Definitely worth spending the money to receive all the available reports!
Seb B