Formation of the South Asian population 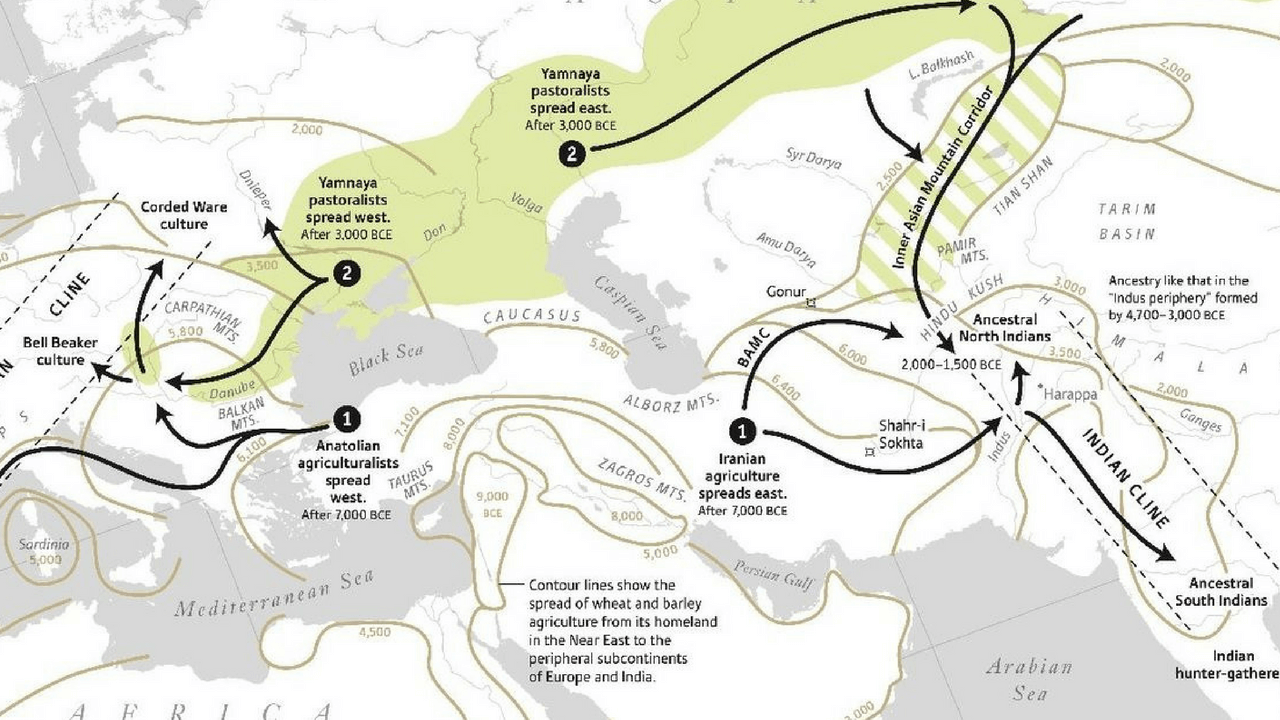 The diversity of the South Asian population, especially in a country like India with a significant difference in ethnicity even between the north and the south zones, have intrigued scholars and ancestry enthusiasts equally. Moreover, political propaganda has led to spread of a  distorted understanding about the already complex structure of the South Asian population. Till date a popular story doing rounds is that of the Aryans conquering the Indian subcontinent during the course of their extensive invasions. Another unsubstantiated claim is the out-of-India migrations.

The recent study that was preprinted by Bio-Archives in late March this year titled “The Genomic Formation of South and Central Asia” examines the ancestry of ancient Indians using genetic ancestry methods. This large scale study, that is yet to go through peer-reviewing has been co-authored by 92 experts from premium universities across the globe. The study used the genome-wide data obtained from DNA samples from 612 ancient individuals. The samples included those from Turan (a region in easter Iran which now covers Uzbekistan), Turkmenistan and Tajikistan, Kazakhstan and South Asia. Out of the 612 samples, 362 were studied and compared with the genomic data from present-day individuals including around 250 groups within South Asia.

Creation of Ancestral Groups in India

What are the major South Asian ancestral groups?

What we can infer from the study

This study is a definite blow to misconstrued versions of the origin of the South Asian population. For one, the out-of-India theory is improbable in the genetic level, since migration patterns indicate the gene flow into the South Asian region and not the opposite.

The “Ancestral South Indians” (ASI) were created from a mixing of the Indus periphery individuals with the Ancient Ancestral South Indians around 4,000 years ago. Between approximately 4,000 and 3,200 years ago populations from the Steppe grassland arrive, carrying admixture from Iranian farmers, as well as people from the Steppe. They mix with the ASI population, though a few groups, such as the Kalash, mix directly with InPe, and create unmixed “Ancestral North Indian” (ANI).

As more information comes through, like the results from the Rakhigarhi excavation site that is estimated to date back around 4,700 years, the pieces will only fit in more clearly and serve to confirm this largely unsolved puzzle.

4 comments on “Formation of the South Asian population”