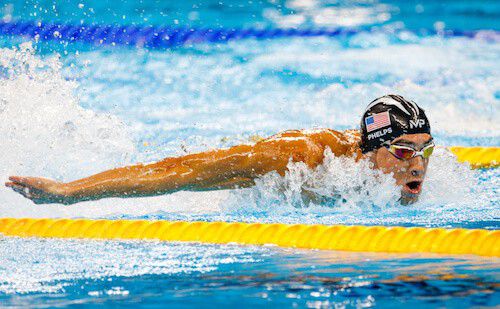 Do fitness genes or sports genes really exist? Is there something as a champion DNA? Is it nature or nurture or both? Why can't we all run like Usain Bolt or swim like Michael Phelps?  is it just because we don't train like them or  do they have fitness genes that are best suited for their sport? It turns out that there is a lot more to human physical performance then just dedicated training, which though absolutely essential, is not the only determining factor.

Fitness genes fact 1: 32 members of the Kalenjin tribe in Kenya ran a marathon faster than 2 hours and 10 minutes in October 2011, compared to 17 men who achieved the same feat in the whole of American history!

Fitness genes fact 2: The more the proportion of fast-twitch fibers a person has, the lower their capacity to burn fat – one possible reason sprint and power athletes tend to be bulkier than endurance runners. Among the 6 DNA variants that influence heft, the most critical is the FTO gene.

Fitness genes fact 5: Less than one in 20,000 women in the general population have a Y chromosome but are insensitive to testosterone and thus develop as females. Over the course of testing at five Olympics, however, an average of 1 in every 421 female competitors had a Y chromosome. This is not just fitness genes but a whole chromosome!

Fitness genes fact 7: Only two players in the NBA in 2010-11 didn't have unusually large wingspans. Humans typically have a height to wingspan ratio of 1:1, it's 1:1.063 among NBA players.

Fitness genes fact 8: 17% of men in America who are taller than seven feet and between 20 and 40 years of age are playing in the NBA.

Facts on Speed and Pain

Fitness genes fact 9: The guys with a lot of fast-twitch fibers that can contract their muscles very fast have much more risk of a hamstring injury than those with a lot more slow-twitch fibers. The former get injured far more often. The most popular of all fitness genes, ACTN3 influences your muscle fiber type.

Fitness genes fact 10: Redheads have a higher tolerance for certain types of pain. The same gene mutation is responsible for both phenomena. In the extreme scenario, there are individuals who are completely insensitive to pain, even when they fracture their bones, they don't feel any pain!

Fitness genes fact 11: A discussion of sports genetics is incomplete without the mention of Myostatin- the double muscle gene– Carriers of this gene mutation do not produce myostatin which is present in majority of us. Myostatin breaks down muscle in the human body, hence, absence of myostatin leads to net accumulation of muscles over time. People (and animals) with myostatin mutations are highly muscular.

Facts on other Sports

Fitness genes fact 13: The serving arms of tennis players have forearm bones a quarter of an inch longer than the forearm bones of the other arm. This is true of non-athletes as well. We tend to have more bone in the arm we write with, simply because we use it more, so the bone becomes stronger and capable of supporting more muscle. This is an example of body adapting to routine. But we are all not made the same, the adaptive response of some individuals is much better than others, thanks to their fitness genes.

Fitness genes fact 14: Finnish skier Eero Mäntyranta became the “greatest endurance athlete” of his generation in part because of a mutation in his erythropoietin receptor (EPOR) gene which helps produce excessive amounts of red blood cells. His family was found to carry this gene. People whose ancestors have lived in higher altitude environment under less oxygen have developed adaptions such as larger lung size, greater RBC count to compensate for lower oxygen in the environment.

Fitness genes fact 15: Donald Thomas had barely 8 months of training when he won a gold at the Osaka World Championships in ’07 beating Stefan Holm, despite Holm’s extensive training. Later on, scientists identified one of the key reasons for his dramatic success – a 10.5” uncharacteristically long Achilles tendon. The longer and stiffer the tendon, the more elastic energy it can store, and when stretched, rocket its owner into air.

Fitness genes fact 16: 10% of people with European ancestry have a gene mutation that allows them to inject testosterone and not test positive in a dope test!!

In the realm of sports doping, genetics is expected to play a dominant role as more gene modification techniques are introduced. Gene doping is now officially listed on the world antidoping authority website.

Watch this space for more facts. We will update this list regularly!

July 2, 2022
Go there, they are the best!!!
Wonderful place to get an analyze of your DNA. It can take some time, but the details you get are OUTSTANDING!! This is brilliant service. Great customer service as well. I love this place and can only recommend everyone to take this. Worth the wait, worth the result and gives you answers to your life. Do not hesitate, go here, let them analyze your DNA, top notch service!!!
Erin Souza

August 7, 2022
Highly recommend for cutting edge research
Although sceptic of any third party genetic research company, I referenced all of the results I received with my raw data and the scientifically reported papers and they all were accurate in both my genome and scientific results. I appreciate the work being done by this company and the resources they provide.
Stephen D

June 15, 2021
The D'Alessio clan ordered Mega Packs
The D'Alessio clan ordered Mega Packs for everyone. The information gleaned from the reports was more robust than what one would find from 23andMe. I really liked the recommendations as well as a good jumping-off point for more research into mitigating possible health problems. I recommend this to anyone interested in biohacking their health.
Brooke Dawe