The DNA Blog » DNA and health » Diabetes : A Genetic overview 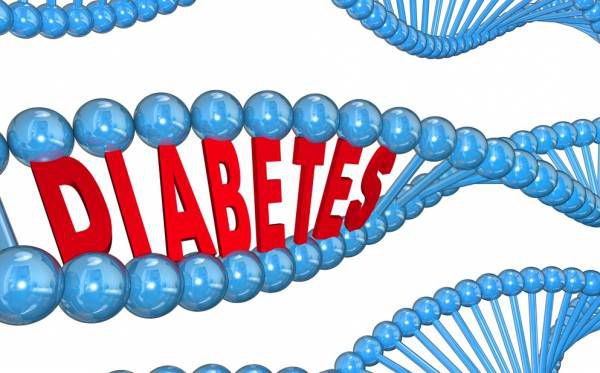 With over 30 million people diagnosed to be diabetic, India is well on its way to becoming the diabetes capital of the world!

Diabetes mellitus is a metabolic disorder that occurs when the body cannot regulate the production or usage of insulin. Insulin is a hormone that converts sugar, starches, and other food into energy. This energy is either used immediately or stored as fat or glycogen. In a diabetic, the body does not produce enough insulin to move the sugar into cells, and the sugar gets accumulated in the blood.

There are three main types of diabetes:

Type 2 diabetes occurs later in life and hence is referred to as adult-onset diabetes. In type 2 diabetes, the muscle and fat cells in the body become resistant to insulin which causes the pancreas to make more insulin. As long as the pancreas continues to produce insulin to overcome this resistance, blood glucose levels remain normal. However, after several years the resistance of the cells continues to increase and the pancreas begins to produce lesser insulin. This result in hyperglycemia (abnormally high levels of sugar in the blood) and the symptoms of type 2 diabetes start manifesting. Type 2 diabetes is most often seen in obese or overweight people and the elderly.

Type 2 diabetes is asymptomatic in the majority of the cases over a long period of time. If symptoms do occur, they include fatigue, increased hunger (polyphagia), frequent urination (polyuria) and increased thirst (polydipsia), blurred vision, erectile dysfunction, and poor wound healing.

Genes have a role in glucose metabolism, and genetic variations within these genes affect their function, thereby increasing the risk for type 2 diabetes.