The DNA Blog » DNA and nutrition » Coffee And CYP1A2: 3 Ways High Caffeine Intake Can Affect You!

Coffee And CYP1A2: 3 Ways High Caffeine Intake Can Affect You! 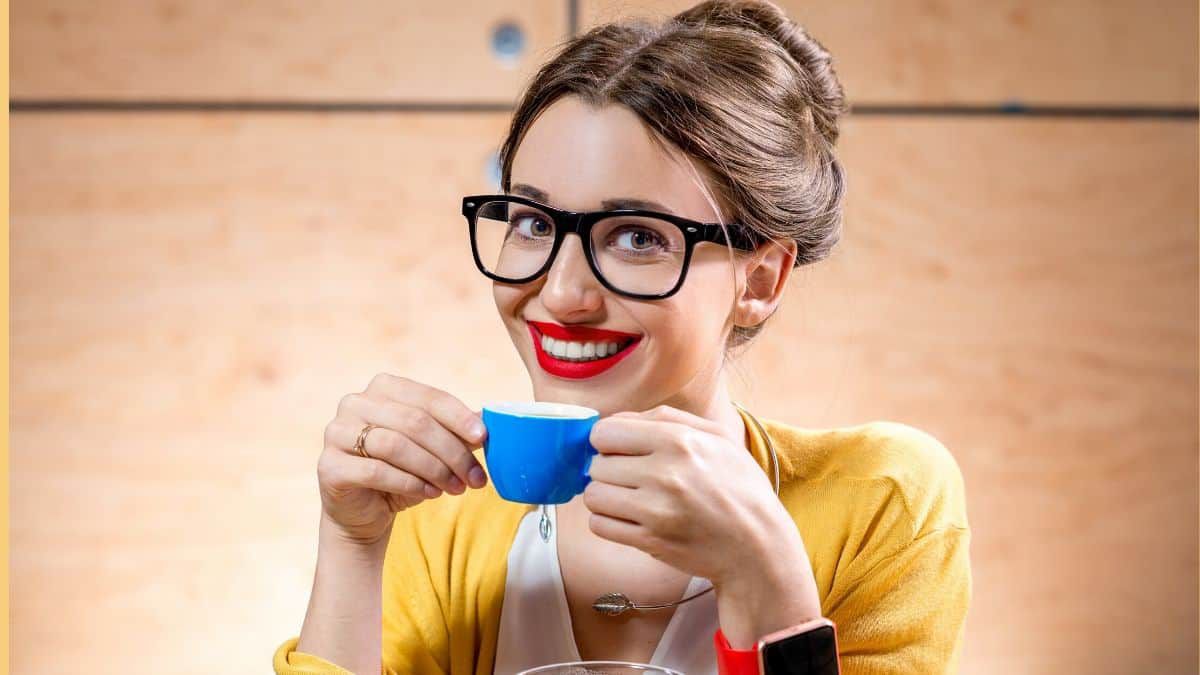 What does the CYP1A2 gene do?

CYP1A2 codes for the production of 21-hydroxylase, which is part of the cytochrome P450 family of enzymes.

This family of enzymes is quite important as it is a part of many processes, that include breaking down drugs, production of cholesterol, hormones, and fats.

Situated on the top of the kidneys, the adrenal glands also produce hormones like epinephrine and cortisol.

Incidentally, 21-hydroxylase plays a role in the production of cortisol and another hormone named aldosterone.

Cortisol is a stress-related hormone and plays a role in protecting the body from stress, as well as reducing inflammation.

Aldosterone, also known as the salt-retaining hormone, regulates the amount of salt retained in the kidneys.

This has a direct consequence on blood pressure, as well as fluid retention in the body.

There seems to be an interesting trend in the activity of the CYP1A2 gene and caffeine intake.

The consequence of being a “rapid” or a “slow” metabolizer of caffeine can have effects on an individual’s cardiovascular health.

This article explains the wide-ranging effects of this gene, caffeine intake,  cardiovascular health, hypertension, and even pregnancy!

What is the association between CYP1A2 and caffeine metabolism?

In the body, CYP1A2 accounts for around 95% of caffeine metabolism.

The enzyme efficiency varies between individuals.

A homozygous, that is, AA genotype represents individuals that can rapidly metabolize caffeine.

Some individuals have a mutation in this locus and thus have the AC genotype.

These individuals are “slow” caffeine metabolizers.

There seems to be a link between CYP1A2, the incidence of myocardial infarction (MI), and coffee intake.

The positive effects of coffee include lowering a feeling of tiredness and increasing alertness; however, it can also narrow the blood vessels.

This increases blood pressure and could lead to cardiovascular disease risk.

Rapid metabolizers of coffee have the AA genotype and may unravel the protective effects of caffeine in the system.

However, the individuals that are slow metabolizers have a higher risk of MI.

This suggests that the intake of caffeine has some role in this association.

Yet another study associated DNA damage due to mutagens found in tobacco smoking could contribute to MI.

The study included participants who were genotyped at the CYP1A2 gene.

They found a group of ‘highly inducible’ subjects that had a CYP1A2*1A/*1A genotype.

These individuals have a greater risk for MI, independent of their smoking status.

This also means that there is some intermediary substrate that the CYP1A2 gene decomposes, and if this gene has a mutation, it could lead to a higher risk of MI.

In a study conducted on 2014 people, people who were slow metabolizers of caffeine (C variant) and who consumed more than 3 cups of coffee per day had an association with increased risk for myocardial infarction.

In a similar study on 513 people, increased intake of coffee, among slow metabolizers, has an association with an increased risk for hypertension.

The association between smoking and hypertension

Smoking is capable of inducing the CYP1A2 enzyme. Smokers exhibit increased activity of this enzyme.

In the same study, CYP1A2 activity had a negative association with blood pressure among ex-smokers.

But for people who were still smoking, the same gene expressed an association with increased blood pressure.

The gene CYP1A2 also has an association with caffeine metabolism and smoking.

A study aimed to tie these concepts together to find the relationship between this gene and blood pressure (BP).

The main measurements of the study were caffeine intake, BP, and the activity of the CYP1A2 gene.

In non-smokers, CYP1A2 variants (having either a CC, AC, or AA genotype) were associated with hypertension.

Higher CYP1A2 activity was associated with people who quit smoking and had lower BP compared to the rest but had a higher BP while smoking.

In non-smokers, CYP1A2 variants (having either a CC, AC or AA genotype) were associated with high caffeine intake, and also had low BP.

This means that caffeine intake plays some role in protecting non-smokers from hypertension, by inducing CYP1A2.

The effect of the CYP1A2 on pregnancy and caffeine intake

The intake of caffeine during pregnancy has an association with the risk of reduced fetal growth.

The babies are also at risk of being too small during the time of pregnancy.

This was also observed in a study conducted on 415 Japanese women.

Women with the A variant who drank more than 300 mg of coffee per day were shown to be at an increased risk of giving birth to babies with low birth weight.

In conclusion, there are a lot of effects that the CYP1A2 gene has on the body. Many studies, as noted above, seem to link the activity of this gene to caffeine intake.

A variant at the CYP1A2 gene can determine whether an individual is a fast or slow metabolizer of caffeine, and this has some effect on the blood pressure and cardiovascular health of an individual.

The gene also plays a role in regulating an infant’s weight during the pregnancy of a woman,  and this has a link with caffeine intake. It is thus interesting to analyze the effect of the variants of the CYP1A2 gene on an individual, based on their caffeine intake.

Do you have your DNA raw data from 23andMe, AncestryDNA, FTDNA, LivingDNA, etc.?

Upload it to Xcode Life to know about your CYP1A2 caffeine metabolism and caffeine sensitivity variants.

July 29, 2022
This has been really helpful for me
This has been really helpful for me. A while back I had gotten the nutrition report from Xcode and it really helped me understand certain aspects of my diet. Fast forward about two years and I am sluggish, irritable, tired, etc. I discussed it with my doctor and they ran some bloodwork. Turns out I'm deficient in some vitamins and needed to supplement. I went back and reread my xcode report and they are the exact same vitamins that the report told me I would need to supplement. Turns out I don't metabolize them as efficiently and need some additional help to meet my requirements. Overall, it was a really great experience and I look forward to ordering more of the reports.
Brooke Dawe

July 7, 2021
In-depth results
I was curious to see the health insights Xcode had to offer since the 23andme health reports were a bit lackluster. I ordered one health report from Xcode and received results within an hour. This specific report was more extensive than 23andme and came with a helpful guide. I definitely want to order more tests but the only issue is there’s so many to choose from.
Rabih Massri