Everything You Need To Know About Nightshade Allergy 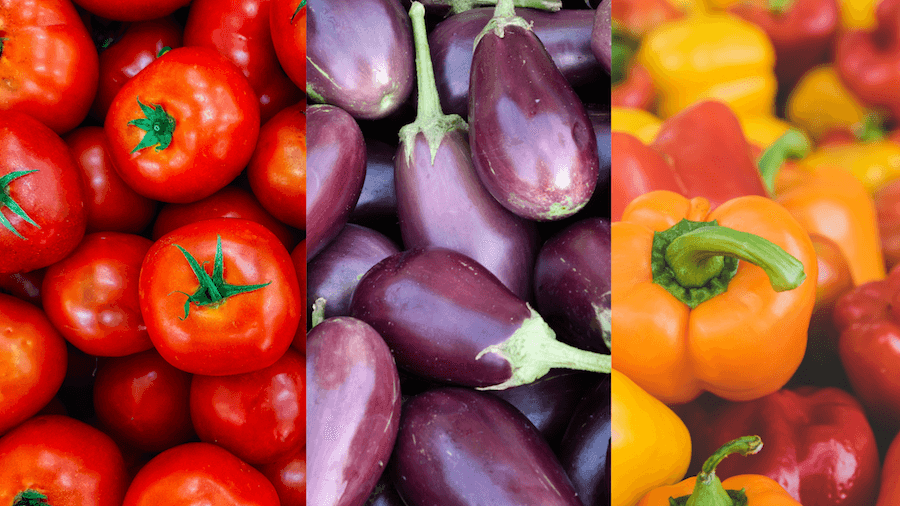 Vegetables like tomatoes, eggplants, or bell peppers belong to the nightshade family and are staples in many people's diets.

However, for those with a nightshade allergy, one or more vegetables in this family can cause unpleasant reactions.

Genetic Changes Are The Most Common Causes of Food and Other Allergies. Learn More

What Is Nightshade Allergy?

Nightshades are foods that belong to the Solanaceae family.

It consists of almost 3,000 species of flowering plants.

Nightshades can either be beneficial or harmful.

Many nightshades are the staple food in various cuisines across the globe.

Some edible nightshades are:

Nightshades are rich in potassium, iron, fiber, vitamin C, and antioxidants such as anthocyanins and lycopene.

They are beneficial for heart health and cancer prevention.

However, some people exhibit adverse effects after consuming nightshades.

This condition is called nightshade allergy. It is also known as nightshade intolerance or nightshade sensitivity.

Nightshades possess certain chemical compounds that may be harmful to some people.

They include Alkaloids, Saponins, Lectins, etc.

Saponins are steroids or triterpenoid glycosides which retard nutrient intake and affect digestion.

Lectins are proteins that bind to carbohydrates and block digestion.

According to a study, undigested lectins trigger an immunological reaction, causing autoimmunity.

A few factors are responsible for causing nightshade allergy. They are:

Nightshade allergy is mainly because of the alkaloids in them.

They play a defensive role against pathogens like molds and pests to protect the plant.

People develop allergies to alkaloids (toxic substances to the body) which trigger the immune system.

It releases immunoglobulin E (IgE) antibodies to defend the allergy-causing food (the allergen).

IgE antibodies send some chemicals called histamine into your bloodstream.

These chemicals cause nightshade allergy symptoms.

High concentrations of alkaloids worsen the symptoms of nightshade allergies.

Their weak immune system does not work against the toxic substances in nightshades, leading to the cause of nightshade allergy.

Numerous autoimmune conditions have a leaky gut as their underlying cause.

Alkaloids in nightshades can aggravate gut irritation and exacerbate inflammation.

Solanine, Nicotine, and Capsaicin are some alkaloids found in nightshades.

Solanine is a glycoalkaloid that can cause joint inflammation and stress in the body.

According to reports, eating green potatoes can cause solanine toxicity.

Capsaicin in bell peppers can irritate the gastrointestinal tract and result in various digestive problems.

The BCHE gene is responsible for developing the condition.

The BCHE gene regulates numerous functions in your body that can be activated or deactivated by factors such as stress, nutrition, and infection.

Any changes to the BCHE gene functioning can increase nightshade allergy risk.

Nightshade intolerance causes loose stools, bloating, and nausea, which are uncomfortable rather than deadly.

Nightshade allergies can lead to severe symptoms like potentially fatal anaphylaxis. Initial symptoms can take up to 72 hours to appear:

Genetic variants (changes) can be the root cause of developing a nightshade allergy.

Mutations in the BCHE gene are associated with nightshade allergy.

The cholinergic system is a part of the autonomic nervous system.

BChE plays a vital role in the autonomic nervous system and is recognized as a bio-scavenger, defending the body against toxins or poisons.

Changes in the BCHE gene can cause abnormalities in the production and function of the BChE enzyme.

Low levels of BChE in the body may not be sufficient to fight against glycoalkaloids (BChE inhibitors) present in nightshades.

This can lead to nightshade allergy.

You are more likely to develop nightshade allergy if you have a few common risk factors:

Nightshade allergies are unusual, so you should also consider allergens that are more frequently encountered, such as dairy, nuts, seafood, soy, and gluten.

Similar to other allergies, a doctor can identify a nightshade allergy by performing some diagnostic tests, including:

Blood test (RAST or ELISA): A doctor collects blood samples and checks for the presence of IgE antibodies linked to particular allergens.

Skin prick test: A doctor pricks the skin with a needle to test for suspected allergens and monitors for a reaction.

A standard food allergy treatment involves the deletion of foods containing the allergen. Keep a food log to track your symptoms and any possible triggers, as instructed by your doctor.

Drugs to prevent allergic reactions when exposed may also be part of the treatment approach. Typical prescription drugs consist of:

Antihistamines: They work against histamines, which trigger the allergic reaction and cause symptoms like hives and sneezing.

Decongestants: They aid in narrowing blood arteries to allow mucus to drain.

Steroid nasal sprays: They reduce swelling but take a few days to work.

EpiPens: Epinephrine injections stop anaphylaxis, a severe allergic reaction that can be fatal.

The simplest method to prevent food allergy symptoms is to avoid triggering food. Here are some easy swaps to common nightshade foods:

March 14, 2022
I’m so glad I found Xcode!
Wow! The amount of data and reports that you get after just an hour’s wait is immense! I finally have some answers I always wanted from my original dna company (ancestry). All I had to do is upload the data and after a short wait I received all of my reports. If you are unsure of which package to buy - do the biggest - it is so worth it!
Katy Strong

September 15, 2022
So pleased I ordered the Methylation Report.
I’m so glad I confirmed once and for all about my MTHFR status. I had a raft of tests done last year by a practitioner which certainly pointed to under-methylation, including slightly elevated homocysteine, and other signs and symptoms, but the genetic testing they offered was extortionate. After completing my AncestryDNA I was able to upload my raw data file with Xcode Life at a very reasonable $20 and receive a report that was very easy to understand and which included details on some 42 gene SNPs in my profile relating specifically to methylation. My current health issues are moderate, not critical but I now have a concrete plan on how to go about lowering my homocysteine and checking it’s status every year as guide for health. Given my mother and both maternal grandparents had significant cardiac issues, this feels very prudent. I would definitely recommend Xcode Life as an economical option for unravelling one’s genetic markers.
Brooke Dawe