How Genes Influence The Breakdown Of Azathioprine 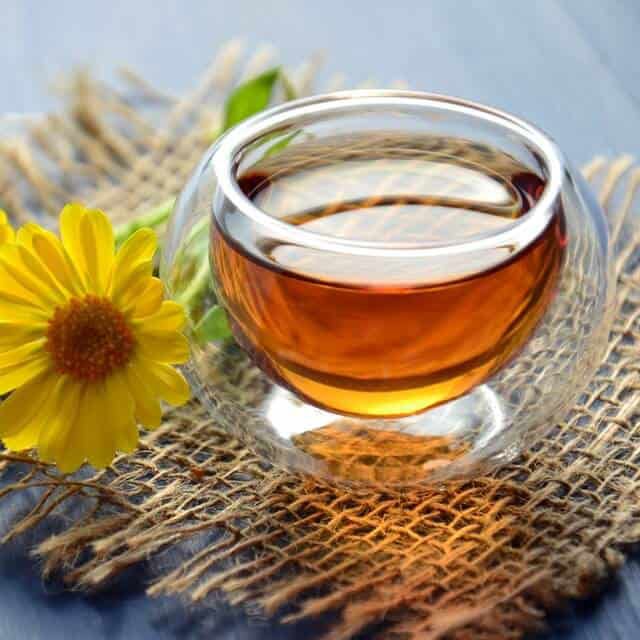 Azathioprine is an immunosuppressant drug that works by bringing down the activity of the immune system.

It is sold under the brand names Imuran and Azasan and is added to the World Health Organization's (WHO’s) List of Essential Medicines for 2021.

It is available as oral pills or injected in the vein; the dosage depends on the specific requirement.

What Is Azathioprine Used For?

Azathioprine is used to prevent organ rejection after kidney transplantation.

It is usually used with Non-Steroidal Anti-Inflammatory Drugs (NSAIDs), corticosteroids, and other immunosuppressant drugs.

Is Azathioprine A Steroid?

No. Azathioprine is not a steroid.

Instead, it is a steroid-sparing drug.

When taken in combination with steroid drugs, it can decrease the required steroid dosage.

How Does Azathioprine Work?

Azathioprine is a purine analog drug.

Purines are organic compounds required for DNA and RNA production.

By reducing the number of purines in the body, azathioprine lowers WBC production by the immune system, leading to immunosuppression.

How Long Does Azathioprine Take To Work?

The effects of azathioprine appear gradually.

For autoimmune conditions, it may take anywhere from 6-12 weeks to start working.

For certain autoimmune skin conditions, it may even take up to a year for the drug to show results.

How Effective Is Azathioprine For Crohn's?

Azathioprine is an effective treatment option for Crohn’s and helps decrease the dependency on steroids.

Side Effects Of Azathioprine

Some of the common side effects of azathioprine are:

Some of the more severe side effects of azathioprine are:

About 3.3% of patients on azathioprine may experience pancreatitis (inflammation of the pancreas) in the first six months of treatment.

What Are The Long-Term Effects Of Azathioprine?

People who take azathioprine for more than ten years may have a higher risk of developing certain types of cancers, including skin and lymphoma and myelotoxicity (damage to bone marrow).

Does Azathioprine Make You Gain Weight?

No, azathioprine, by itself, may not lead to weight gain.

However, when used with other steroid drugs, the steroids may cause weight gain.

Azathioprine: Interactions With Other Drugs

Azathioprine may interact with other drugs and lead to changes in drug efficacy or worsen the side effects.

Talk to your doctor if you take azathioprine with any of the following medications:

Can You Take Prednisone And Azathioprine Together?

Yes, prednisone and azathioprine can be taken together and are prescribed to improve Crohn’s Disease symptoms.

Studies show that the combination is more effective for treating Crohn’s than prednisone alone.

This protein helps in the metabolism of purine analog drugs like azathioprine.

Inflammatory Bowel Disease patients with the TT and CT types of this SNP have an increased risk of developing myelosuppression (a condition causing decreased bone marrow activity) compared to patients with the CC type.

This enzyme helps break down drugs like azathioprine and decrease immune system activity.

Drugs like azathioprine get converted into active (toxic) forms called thioguanine nucleotides (TGNs) in the body.

The TPMT enzyme helps quickly convert the toxic substance into a non-toxic compound.

Excess of TGNs in the body may lead to life-threatening conditions of myelosuppression.

There are multiple star alleles noted in the TPMT gene.

A haplotype is a group of gene changes that are inherited together.

Recommendations To Use Azathioprine

TNF is a protein that causes inflammation and worsens the symptoms of different autoimmune conditions.

A combination of TNF blockers and immunomodulatory drugs like azathioprine may increase the risk of developing hepatosplenic T-cell lymphoma (HSTCL).

HSTCL is a very aggressive T-cell lymphoma common in young children and adolescents.

A 2011 study reports an increased risk of developing HSTCL in autoimmune patients who receive a combination of TNF blockers and immunomodulators.

Azathioprine hypersensitivity is a rare but serious condition in about 2% of the patients treated with the drug.

The following symptoms of azathioprine sensitivity occur just weeks after administering the drug.

Usage In Pregnant and Lactating Women

Azathioprine use in pregnancy may affect the unborn fetus and lead to congenital abnormalities.

A 2003 population-based cohort study in the Danish population reports a 7-fold increased risk of congenital abnormalities in pregnant women who used azathioprine.

They also had a 20-fold increased risk of experiencing perinatal mortality (miscarriages).

Some studies also report an increased risk of congenital abnormalities in children whose fathers were on azathioprine before conception.

There are reports of azathioprine being expressed in breastmilk.

If you are a lactating mother, talk to your doctor to weigh the risks and benefits of breastfeeding while on the drug.

Usage In People With Existing Liver or Kidney Conditions

The doctors may adjust the dosage accordingly and recommend periodical Complete blood count (CBC) and Liver Function Tests (LFT) to rule out liver and kidney damage.

People with active infections may not be recommended to use azathioprine until the condition goes away.

Since the drug is an immunosuppressant, it may worsen the effects of the infection.

A meta-analysis studied the relationship between azathioprine usage and the risk of Squamous Cell Carcinoma (SCC) of the skin.

SCC is a very common type of skin cancer due to UV exposure.

According to the study, using azathioprine significantly increased the risk of developing SCC.

If you are on azathioprine, limit sun exposure and avoid tanning booths and beds.

You may also be asked to use sunscreens regularly to bring down the risk of developing SCC.

Azathioprine overdose may lead to vomiting, fever, rashes, and chills in the body.

If you think you have overdosed on the drug, rush to the nearest Emergency Room or dial 911.

It can also help doctors understand the risk of developing myelosuppression and decide between using azathioprine and other immunosuppressants.

Analyze Your Genetic Response to Azathioprine

May 31, 2021
Simply the best DNA service
I am very pleased with Xcode professional service. My comprehensive reports was generated fast. I could find out a lot about my health, allergy, fitness, nutrition and skin info I never knew before from my raw DNA data. Xcode has the best deal prices on the internet. Highly recommended you won't regret.
Michelle Casterline

March 30, 2021
Very helpful and quick response time
Definitely worth the money! I had recently did the 23andMe testing and I've always been more curious on my MTHFR mutations, as it can be tied to many health issues. I came across Xcode Life where I could upload the raw data from 23andMe (which was very easy by the way) and get additional info. While I was doing it I decided to also get the Covid related test out of curiosity. I got the results the same day. I even had some questions and their customer service is on point. Extremely helpful and quick response time.
Erin Souza

May 10, 2021
Accuracy is spot-on
I have used Xcode for multiple reports and I would highly recommend the service for all friends and family. The accuracy is spot on, the cost is affordable and reports are delivered back very quickly. I was able to use my MTHFR report I did years ago for proper detox methods, and my most recent, covid reports, which I did for all my family members, to add awareness of how it might affect me.
Win Yang Cheung

May 29, 2021
Clarified my allergies
Didn't expect much but this proved me wrong. I discovered useful personal traits and information about my health that I customized towards my day to day living. For the longest time, I thought I was lactose intolerant and allergic to cockroaches, but this report showed me that I wasn't. I thought the milk from the bubble tea I drank every weekend was causing my constant bloating. Truthfully, I didn't drink enough water and was snacking a lot. Thank you, this has been life-changing.
Stephen D