Is Migraine Your Worst Enemy? Check Your DNA Raw Data To Know More 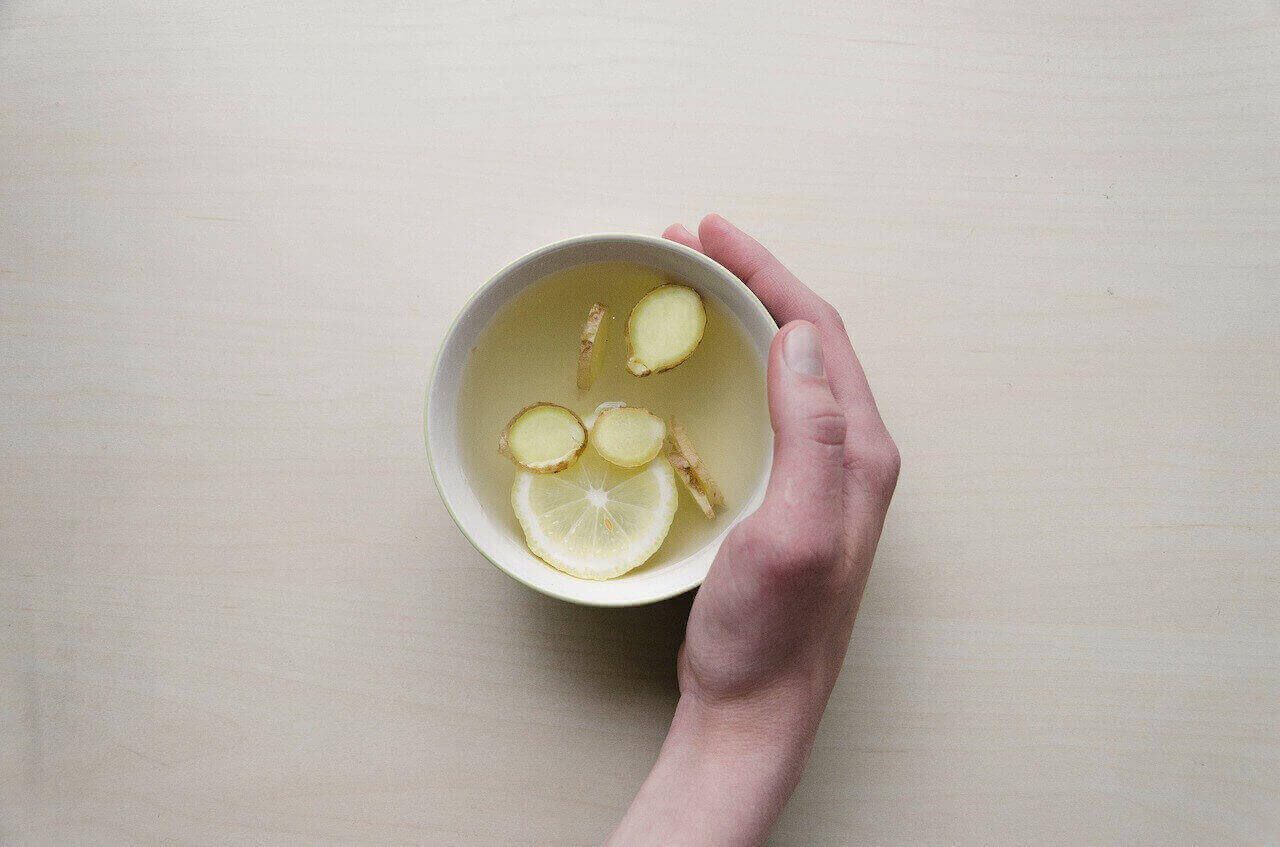 What can trigger a migraine?

The exact cause of the migraine has not yet been fully understood. However, doctors and healthcare providers claim that there are a set of common culprits that can trigger a migraine in a wide range of people. Here are some of the well-understood triggers associated with migraine attacks :

Unlike most other lifestyle diseases, migraine is more common among teenagers and goes on to intensify during the thirties. Certain studies have found that women are three times more likely than men to be affected.

What are the foods that trigger migraines?

Certain types of foods and intermittent fasting are reported as possible triggers for migraine attacks. Paying attention to your diet is one of the ways you can reduce the frequency of migraine triggers.

Stay away from these additives: Chemicals added to the food to enhance the flavor or keep the food stay fresh for a long time may bring a headache. Some of these include MSG-enhanced tasty treats, aspartame, nitrates, and nitrites.

It has been reported that certain ingredients in alcohol cause chemicals and blood vessels in the brain to act differently. In the case of certain people, one shot may be enough to trigger a headache. Apart from alcohol, caffeinated drinks could also lead to a headache. Instead of complete withdrawal, try to limit the intake of coffee to about one cup a day.

Do bananas cause migraines?

While bananas do not ideally appear in the type of food that triggers a migraine, some studies report otherwise. They induce the release of certain molecules that increase the sensitivity of nerve endings. This predisposes an individual to severe sensitivity during a migraine attack, thereby magnifying the existing pain. However, it is healthy to consume bananas in limited quantities, say about half a cup a day.

Does ice cream help with migraines?

Some people experience a stabbing headache, often termed as brain-freeze after having ice cream. But, ironically, they claim it helps relieve the intense pain after having a brain freeze. Although this is not scientifically backed, it does serve as a tasty treatment option. The ‘brain freeze’ that people experience while eating ice-creams may temporarily desensitize the nerve endings. Unless you are adhering to a strict diet or lactose intolerant, there is no reason not to try it out.

What should you eat if you have a migraine?

Most of us experience migraines now and again. More than 75% of the people between 18-65 age criteria claim to experience headaches over a year. Surprisingly, more than 30% claim to have migraines.

Recent research has shown hope that tweaking the diet can help reduce the frequency of migraines. Some of the food that can help with migraine are:

Also, including vitamin B2 or riboflavin as part of the diet has shown to reduce the migraine attacks. Some of the vitamin B2 rich foods include mushrooms, salmon, and certain grains.

What are the symptoms of migraines?

Some of the common symptoms of migraine include:

How long does a migraine last?

A migraine can last anywhere between four hours to three days. The frequency is also highly variable, where some people may get it once or twice a week while others get it once a year.

Hand-Picked article for you: Have Your 23andMe Raw Data? Use It To Get 500+ Health-Related Genetic Traits!

What is happening to the brain during a migraine?

The starting point is the excitation of a nerve called the trigeminal nerve, which is responsible for facial sensation. Activation of the trigeminal nerve causes the release of a load of neurotransmitters. This causes pain sensation in the temple and near the eyes. When untreated, this results in the blood vessels around the brain exploding. This goes on to trigger the central nervous system (CNS), where the pain becomes omnipresent. Here, it becomes very difficult to control the pain, and it lasts for as long as a few days.

Do migraines damage your brain?

It has been studied that migraineurs have more brain lesions and white matter abnormalities compared to non-migraineurs, which poses them at serious risk of brain damage.

Can migraines change your personality?

Severe mood changes are noticed before the migraine sets in, during a period called the ‘prodrome.’ This leads to individuals showing hyperactivity, anxiety and elevated mood, or inability to think and concentrate, depression, quietness, and other mood disorders.

What is the difference between a headache and a migraine?

The pain felt during a headache is more diffused, spread around the back of the head and near the neck. A migraine attack imposes a more pulsating pain in the front and sides of the head and is indefinite. A headache merely causes pain, but migraines cause dizziness, nausea, increased sensitivity, and flashing lights in the eyes.

What is aura migraine?

An aura migraine is a condition where a migraine attack causes symptoms affecting vision. People often complain of seeing flashing or shimmering spots of light, zigzag patterns, and blind spots. The fact that the number of people reporting this is high does not make up for its unpredictability. Some of the other temporary disturbances associated with aura migraine include muscle weakness, numbness, and difficulty in speech.

What causes migraine in females?

The extreme fluctuations in hormones during a menstrual cycle predisposes women to suffer from migraines frequently. Additionally, oral contraceptives and other medications used by women often affect their hormonal balance. These lead to an increased number of women reporting migraine attacks compared to men.

How do you diagnose migraines?

MRI and CT scans are the go-to diagnostics for a suspected migraine activity. Doing blood tests and a spinal tap procedure might help the clinician to identify any infection or bleeding in the spinal cord or brain. Family history mapping and neurological assessments are also done for a comprehensive diagnosis.

Can migraines be mistaken for a stroke?

Migraine and stroke both happen in the brain, and in certain cases, the symptoms shall mimic a stroke. However, the triggers for both of these conditions are different. Migraine has been studied to prove as a risk factor for stroke. A stroke occurs as a result of decreased oxygen supply to the brain, and a migraine arises from a completely different body condition. Thus, it is quite difficult to confuse the two conditions.

What is the best way to prevent migraines?

Is there a permanent cure for migraines?

For a condition like a migraine, there are barely any permanent cures. Essential oils like lavender, peppermint, and foods rich in magnesium are useful to thwart migraines.

How can I stop migraines from re-occurring?

The key is an early diagnosis. Understanding the cause and eliminating it from your lifestyle can go a long way in preventing further migraine attacks. Migraines usually begin with a dull ache, which will suddenly turn into severe, pulsating pain. The best way to avoid them is by ensuring that your eating and sleeping cycles are proper, staying hydrated, and indulging in regular exercises.

Are there pressure points to relieve migraines?

For those of you with a leaning towards acupressure, here are some ideas for you. Applying pressure on certain points can be highly effective in alleviating headaches. Pressing the region between your thumb and forefinger, called the Union Valley, relieves head and neck pain. Drilling bamboo points (the sides of the bridge of your nose) and the Third Eye (between the eyebrows) will help relieve eye-strain and sinus pain when massaged.

Can exercise cause a migraine?

With increasing awareness about fitness, another point to be noted is that while exercising, there is an increase in blood pressure as a result of which individuals with compromised arterial systems are at risk. This can be combated by staying hydrated and eating properly before exercising.

March 12, 2021
Very detailed health guidance
I didn’t know what type of information I will get exactly and I was skeptical, but after taking the test I discovered so much more about my self and how my body functions , there was so much informations and detailed guidance on how I can benefit from MY DNA test. Especially about food and exercise types that suits my body to maintain a healthy life style. I strongly recommend Xcode
Kimberlee Jackson

March 14, 2022
I’m so glad I found Xcode!
Wow! The amount of data and reports that you get after just an hour’s wait is immense! I finally have some answers I always wanted from my original dna company (ancestry). All I had to do is upload the data and after a short wait I received all of my reports. If you are unsure of which package to buy - do the biggest - it is so worth it!
Win Yang Cheung

May 29, 2021
Clarified my allergies
Didn't expect much but this proved me wrong. I discovered useful personal traits and information about my health that I customized towards my day to day living. For the longest time, I thought I was lactose intolerant and allergic to cockroaches, but this report showed me that I wasn't. I thought the milk from the bubble tea I drank every weekend was causing my constant bloating. Truthfully, I didn't drink enough water and was snacking a lot. Thank you, this has been life-changing.
Whitney Harper