The Brain Basis Of Hatred Of Sound: Misophonia 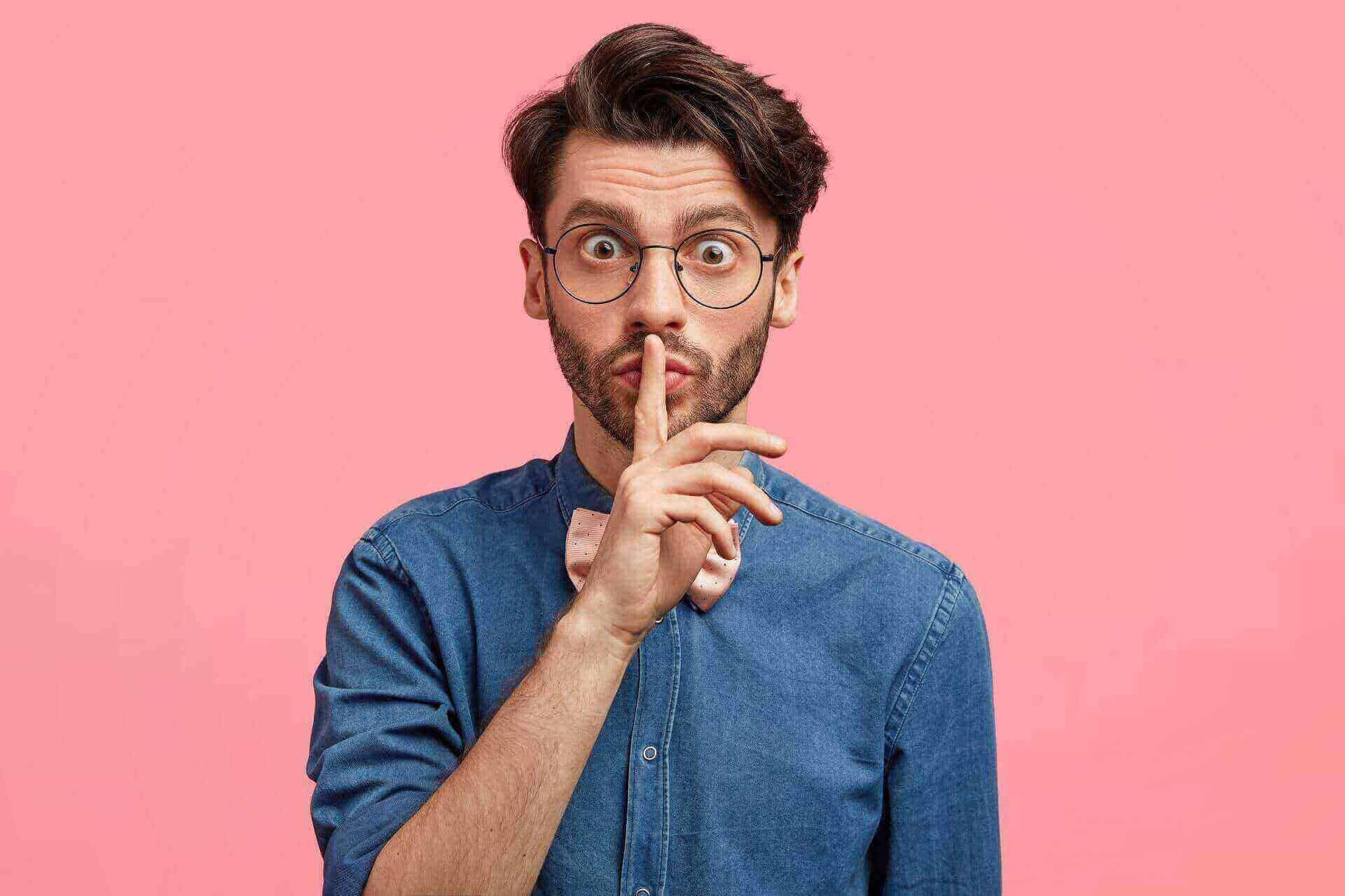 The literal meaning of the word ‘misophonia’ is hatred to sound.

If the sound of a dripping tap, the clicking of a pen or chewing makes an individual irritated or induces panic, then he/she is said to be suffering from a condition called misophonia.

However, this condition is different from hyperacusis where a sound is perceived or heard much louder and more painfully than it actually is.

Other sounds that can trigger or tick-off a misophonic person is the tapping of a pencil, tapping of feet, sneezing, loud breathing, etc.

Can't stand the sound of chewing?

If you answered yes to the above question, you most likely suffer from a condition known as misophonia.

Individuals with this brain abnormality hate sound like that of chewing, loud breathing, tapping, etc.

What is the fear of loud noises called?

Some individuals are aversive to or scared of loud noises, including their own voice.

This condition is known as phonophobia or sonophobia.

This is a rare condition and often occurs as a result of hyperacusis.

Is misophonia a form of OCD?

Similar to OCD, misophonia presents itself differently in each individual, however, misophonia is not a type of OCD.

There might be an overlap between the two conditions, but there isn’t enough evidence to show that misophonia is a type of OCD.

Is misophonia a mental illness?

Misophonia is not classified under auditory or psychiatric (mental illness) conditions.

For this reason, it is not the same as phonophobia, which is the fear of sound.

There is very little research done on the incidence, how common it is or what treatments can be given for this condition.

How does misophonia affect the brain?

In individuals who suffer from misophonia, the sound of pens clicking, chewing, slurping, etc act as trigger sounds and elicit an immediate response from them.

Researchers at Newcastle University reported changes in the frontal lobe of the brain in people who suffered from misophonia.

The brain imaging revealed that people with this condition have some abnormality in the emotional control mechanism of the brain that causes them to go into overdrive when they hear trigger sounds.

The researchers also found an alternate connectivity pattern to the frontal lobe which is the origin of this brain activity.

The trigger sounds increased the heart rate and also caused sweating in those suffering from the condition.

Till date, there is no proven way to treat misophonia.

However, there are several therapies being used to reduce the symptoms and increase the tolerance of individuals to trigger noises.

How can misophonia be treated?

Though there is no proper treatment for misophonia, there are a few therapies that have been used to successfully treat patients suffering from it.

One such therapy is Tinnitus Retraining Therapy (TRT), that involves training people on how to improve their tolerance to certain trigger noises.

Another type of therapy is Cognitive Behavioural Therapy (CBT), that trains people to control negative thoughts which may be acting as a contributing factor to their suffering.

Some people prefer the use of fans and other ‘white noise’ devices behind their ears to generate a constant background sound so that they can avoid hearing any trigger noises.

Deconditioning people and reinforcing them with positive thoughts is also a suggested method of therapy.

Medication has also been suggested as a method to treat misophonia. These include medicines that treat anxiety, depression or bipolar disorder.

Is misophonia a disability?

According to the Americans with Disabilities Act of 1990 (ADA), a person with a disability is one who has a physical or mental impairment that substantially limits one or more major life activities.

When you think of misophonia and the workplace together, it can be considered to be a disability.

This is where people spend most of their day.

The workplace has multiple trigger sounds like the clicking of keyboards and mouses, constant chatter, pens clicking, the sound of marker pens on the board, etc.

Therefore misophonia can be categorized under mental disabilities.

Individuals suffering from misophonia have certain specific trigger sounds that they are sensitive to.

Each person has their own personal trigger sounds and these form a central fact of their life.

Hearing a trigger sound causes these affected individuals to generate an involuntary response that could be irritation, anger, rage, hatred, or disgust.

The common trigger sounds include:

In some cases, the sound triggers are preceded by visual or tactile triggers like the jaw movement before chewing or touching a keyboard before typing, etc.

Does misophonia get worse?

While one of the methods to help subdue misophonia may seem to be hearing sounds above the trigger sounds, this might not be a good idea after all.

Trigger sounds are already irritating, obnoxious and troublesome to those with misophonia.

Listening to sounds in itself is a difficult task for such people. So, blocking sounds using earphones and music in the ears is only going to make misophonia worse.

This has been proved using the fact that we have a ‘central auditory gain’.

This means that the hearing centers in our brain increase the loudness of sound within it to make up for the perceived hearing loss.

So, if the brain is unable to hear the sound well, it will try to intensify the sound within it.

This happens at several levels and can increase one’s sensitivity to trigger sounds. In these cases, misophonia gets worse.

Sensitivity to noise is termed as hyperacusis in medicine.

It occurs due to a problem in the way the brain’s central auditory processing centers understands or perceives the sounds.

An individual with hyperacusis finds it difficult to tolerate even everyday noises as they tend to become too loud and painful for them.

The same thing occurs in misophonia, which is a type of selective noise sensitivity.

What percent of the population has misophonia?

Misophonia is quite a common disease. However, it has not been documented too well because it is often misdiagnosed.

It is said to affect about 15-20% of adults, and is more common and severe in women as compared to men.

Misophonia is more common in women.

These few facts are strong indicators of the fact that misophonia has a genetic component.

A variant near the gene TENM2, which plays a role in brain development is suspected to be the culprit.

Is misophonia a form of synesthesia?

Synesthesia is of two types:

Misophonia has been strongly linked with synesthesia in terms of connectivity between different brain regions and specific symptoms.

It is hypothesized that a pathological distortion of connections between the auditory cortex and limbic structures could cause a type of sound synesthesia.

What is emotional synesthesia?

In some cases, the link between touch and emotions can take an extreme turn. Touching a material can induce extreme disgust, the need to vomit, contentment, etc.

That’s life for people with tactile-emotional synesthesia, a mysterious condition in which seemingly arbitrary textures can be enough to make someone laugh or cry.

Emotional synesthesia is among the rarest forms of synesthesia or at least one of the most sparsely studied.

It’s possible that the insular cortex, which regulates emotion, may never have been fully pruned from the somatosensory cortex, which processes touch, hence bringing about this condition.

What is the opposite of misophonia?

Misophonia is a neurological condition where certain ‘trigger’ noises can elicit or cause negative, involuntary reactions from an affected individual such as irritation, disgust, rage, or anger.

On the other hand, there is a condition known as Autonomous Sensory Meridian Response or ASMR, where sound can create a euphoric, happy or a relaxed feeling.

ASMR is said to be the exact opposite of what misophonia is. However, there is not much scientific research on both conditions.

TRT is one of the many ways to manage a case of misophonia.

The therapy works on two aspects:

This helps divert the mind and the individual feels better.

In this part of the therapy, the individual’s mind is trained to ignore or avoid any unwanted sounds.

There are multiple ways and levels at which sound therapy can be offered.

This part of the therapy helps manage the emotional aspect of misophonia.

This forms an equally important part of the treatment because the tinnitus or trigger noises elicit emotional responses like anger, anxiety, and depression.

It can be delivered as a one-on-one basis, in groups, at a clinic or on the phone.

The cognitive behavioral therapy involves educating the patient about the condition, his or her personal trigger points, how to develop healthy lifestyle choices to mitigate symptoms, etc.

Is misophonia a sensory disorder?

There is currently no conclusive research that has been performed that categorizes misophonia as a sensory disorder.

While sensory disorders cause an individual to have sensitivity in more than one sense, misophonia falls only under the auditory domain.

Is sensitivity to loud noises a sign of autism?

Individuals with autism have many varying symptoms, due to which autism is actually known as Autism Spectrum Disorder (ASD).

One of the main characteristics of an individual with autism is that they are sensitive to sound, touch, light or communication.

But, any sensitivity to noises cannot be called as a sign of autism as it can be seen with other conditions and disorders like phonophobia, misophonia, etc.

Can misophonia cause panic attacks?

Yes, in many cases, misophonics suffer from panic attacks when they hear trigger sounds and are unable to control their emotional outbreak.

How do you deal with misophonia?

There are many methods people use to ignore noises. Some of them are:

Is misophonia a symptom of anxiety?

Misophonia is selective sound sensitivity, where the individual gets agitated, or angry when an individual hears certain sounds.

Sound sensitivity, on the other hand, is common to many conditions like OCD, bipolar disorders, multiple sclerosis, autism, etc.

There is a clear overlap of symptoms that makes diagnosis confusing in the case of misophonia.

However, misophonia can be, in some cases, an overlapping symptom of anxiety.

What is ASMR therapy?

ASMR or Autonomous Sensory Meridian Response is actually an experience that is described as a static-like or tingling sensation on the skin, beginning at the scalp and moving down the back of the neck and upper part of the spine.

It creates a calming or relaxing sensation that spreads throughout the body.

Some people also describe this as a low-grade euphoria that is a combination of positive feelings and tingling sensation on the skin.

It is triggered commonly by specific visual or auditory stimuli.

This tingling feeling begins at the back of the head and travels down through the spine and spreads across the entire body, relaxing you and making you feel happy and optimistic.

ASMR has many trigger factors that are responsible for eliciting a response from the brain in an affected individual, which can be auditory or visual. Some of these trigger factors include: