The DNA Blog » COVID-19 » Risk and Side Effects » How Does Genetics Influence The Growth of Bifidobacterium?

How Does Genetics Influence The Growth of Bifidobacterium? 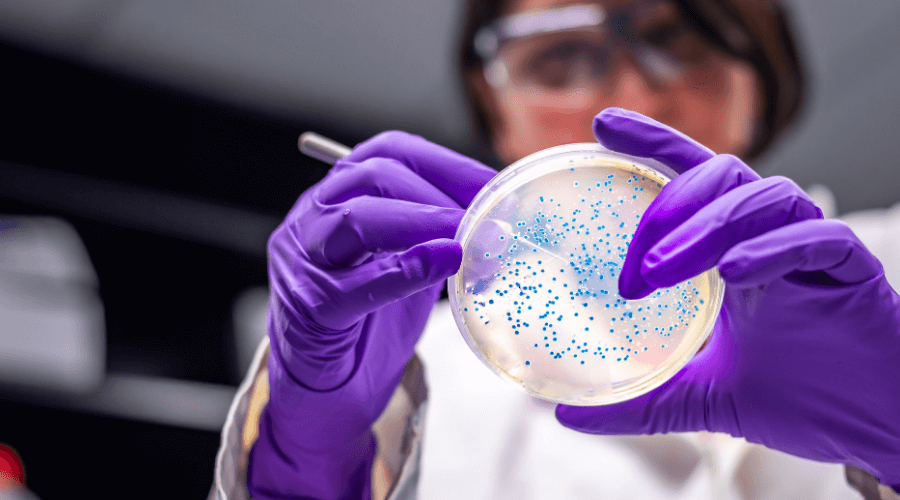 The human body’s largest microorganism population resides in the intestine and is collectively called the gut microbiota/microbiome. Every individual’s microbiome is unique and is influenced by genetic, environmental, or lifestyle factors.

The gut microbiome contains a complex community of microbes that live within the gastrointestinal (GI) tract, and many of these microbes are found to be beneficial to health. Some of them, however, can be harmful and promote infections and diseases. It plays an essential role in human health and influences the development of chronic diseases ranging from metabolic disease to colorectal cancer. There is extensive research investigating the biological functions of the gut microbiota in influencing lung disorders that include asthma, chronic obstructive pulmonary disease, chronic bronchitis, lung cancer, pleural effusion, and viral infection. It is also recognized that viral infections in the respiratory tract cause a disturbance in the gut microbiome.

Some Bifidobacterium strains are considered essential probiotics and are used in the food industry. Different strains of bifidobacteria may exert a range of beneficial health effects, including the regulation of intestinal microbial homeostasis, inhibition of pathogens and harmful bacteria that colonize in the gut mucosa, and regulation of immune responses. It also improves the gut mucosal barrier and lowers levels of endotoxin in the intestine.

The MCM6 Gene and Bifidobacterium Growth

The MCM6 gene contains instructions for the production of the protein minichromosome maintenance complex component (MCM). They are essential for the initiation of eukaryotic genome replication. It contains two of the regulatory regions for the LCT gene. This gene produces the lactase enzymes that are required for the digestion of lactose in milk.

Variants in these genes are often associated with lactose intolerance in adult life. The variants result in a decreased ability of the epithelial cells in the small intestine to digest lactose due to the decline in the lactase enzyme.

Research studies have shown the association between _LCT/MCM6_ variants and the abundance of bifidobacterium in the gastrointestinal tract.

rs4988235 and Tendency of Bifidobacterium growth
The rs4988235 is a single nucleotide polymorphism or an SNP in the MCM6 gene. Individuals carrying the homozygous CC variation have been found to be lactose intolerant/ lactose non-persistent, compared to those with the TT or TC variant, which have been correlated with lactase persistence.

The rs4988235 SNP is mainly documented as an essential locus related to lactase activity in the European population.

August 7, 2022
Highly recommend for cutting edge research
Although sceptic of any third party genetic research company, I referenced all of the results I received with my raw data and the scientifically reported papers and they all were accurate in both my genome and scientific results. I appreciate the work being done by this company and the resources they provide.
Erin Souza

May 10, 2021
Accuracy is spot-on
I have used Xcode for multiple reports and I would highly recommend the service for all friends and family. The accuracy is spot on, the cost is affordable and reports are delivered back very quickly. I was able to use my MTHFR report I did years ago for proper detox methods, and my most recent, covid reports, which I did for all my family members, to add awareness of how it might affect me.
Allie Casares

July 7, 2021
In-depth results
I was curious to see the health insights Xcode had to offer since the 23andme health reports were a bit lackluster. I ordered one health report from Xcode and received results within an hour. This specific report was more extensive than 23andme and came with a helpful guide. I definitely want to order more tests but the only issue is there’s so many to choose from.
Samantha Jones

May 30, 2021
Finding out random genetic variations
Finding out random genetic variations you might be predisposed to. It gives out likely or unlikely expressions you might have. I got the health, fitness and nutritional pack and I saw confirmations of experiences that I've uncovered about myself, like having unordinary grip strength. It's neat to have this kind of validation and proof! I plan to reference my xcode pdfs since there's a lot to digest! I find the vitamins my body would likely prefer to be my favorite part of it. I want something more definitive to understand myself, like not what's "likely", but genes are complicated and xcode just provides what's likely and that's ok. What I would prefer is probably a whole other complex science. It was worth it.
Scarlato Barros