The DNA Blog » Genes and Allergy » Psychological » How Does Genetics Influence Your Risk For Photic Sneeze?

How Does Genetics Influence Your Risk For Photic Sneeze? 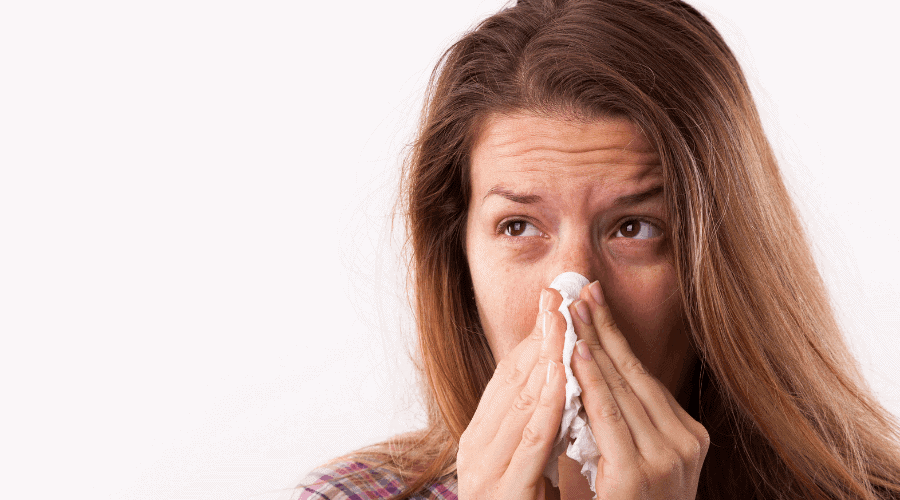 What Is A Photic Sneeze?

Sneezing is a common reaction that forces air through the nose and mouth. When the tissues of the nasal cavity are irritated, sneezing is an act that helps clear the cavity. This is a reaction that cannot be controlled and results in an explosive sound too.

Some people sneeze when they are suddenly exposed to a light source.

Reflexive sneezing that is induced by sunlight or other bright lights is called photic sneeze reflex.

Experts say that the photic sneeze reflex causes sneezing when people experience variations in the intensity of light.

About 10-35% of people in the world suffer from photic sneeze reflex.

White women seem to be at more risk for developing photic sneeze reflex. A study amongst 367 patients reported that 94.3% of photic sneezers were Caucasian (white) individuals and 67% of them were women. This study also mentioned that 90.7% of these individuals had three or lesser sneezes on sudden exposure to light. Only 12.3% of people had continuous reactions on exposure to light.

The primary symptom of photic sneeze is sneezing when exposed to light. Most individuals don’t have extended reactions to light. They only react when they suddenly move from a dark space to a lit space. The number of sneezes ranges from 1-10.

The ZEB2 gene helps make a protein that plays a role in forming the nerve cells before birth. This protein is also important in making vital parts of the body like the kidneys and skeletal muscles.

rs10427255
The rs10427255 SNP is located near the ZEB2 gene. The minor C allele is the risk allele of this SNP and is associated with an increased risk for developing photic sneeze reflex.

Optic nerve response - Some scientists believe that when the optic nerve is exposed to sudden light sources, it creates similar reactions in the body, like when the nose is irritated. This can cause episodes of sneezing.

Eye injections - In some cases, people end up having photic sneezing when they are given eye injections. These injections trigger the trigeminal nerve. This is one of the cranial nerves that give sensations to the various parts of the face. Triggering the nerve causes sneezing.

The Pesky Effects Of Photic Sneeze

Cover your eyes - When you are stepping out in the sun, wear sunglasses to prevent direct exposure to sunlight. This is a very easy trick to prevent the flaring up of sneezes. You can also wear hats and scarves to bring down the intensity of sunlight.

Philtral Pressure Technique (PPT) - When you apply pressure to the sub-philtral region, it is said to help stop sneezing. The philtrum is the region between the nose and the upper lips. When you press this region gently with the index finger, this brings down the urge to sneeze.
When you press the philtrum region, this stimulates the mechanoreceptors. These receptors send signals to the brain when stimulated by an external medium (touch, in this case). These mechanoreceptor signals override the signals caused by trigeminal nerve stimulation and hence prevent sneezing.

May 10, 2021
Accuracy is spot-on
I have used Xcode for multiple reports and I would highly recommend the service for all friends and family. The accuracy is spot on, the cost is affordable and reports are delivered back very quickly. I was able to use my MTHFR report I did years ago for proper detox methods, and my most recent, covid reports, which I did for all my family members, to add awareness of how it might affect me.
Brooke Dawe

March 30, 2021
Very helpful and quick response time
Definitely worth the money! I had recently did the 23andMe testing and I've always been more curious on my MTHFR mutations, as it can be tied to many health issues. I came across Xcode Life where I could upload the raw data from 23andMe (which was very easy by the way) and get additional info. While I was doing it I decided to also get the Covid related test out of curiosity. I got the results the same day. I even had some questions and their customer service is on point. Extremely helpful and quick response time.
Karpowicz Pawel