The DNA Blog » Genes and Fitness » ACTN3: A Key Gene For Athletic Performance 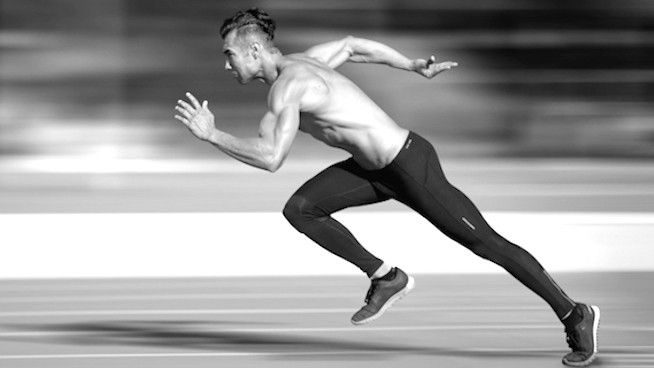 Why aren’t marathon runners able to ace 200-meter dashes, and why do sprinters struggle to do long-distance running? Well, it is possible that their muscles favor either type of physical activity.

Certain genes influence the capabilities of our muscles and play a key role in shaping our athletic abilities.

Genes Influence Many Aspects Of Fitness, Including Your Weight Loss Ability With Exercise.

Slow-twitch fibers, also known as "red" fibers, are rich in blood vessels and mitochondria and are used primarily for endurance activities such as marathon running.

Fast-twitch fibers, also known as "white" fibers, have fewer blood vessels and mitochondria and are used primarily for explosive activities such as weightlifting.

The proportion of slow-twitch to fast-twitch fibers in an individual's muscle tissue can influence their physical performance.

Individuals with a higher proportion of slow-twitch fibers tend to excel in endurance activities.

In comparison, individuals with a higher proportion of fast-twitch fibers tend to excel in explosive activities like sprinting and weightlifting.

The ACTN3 gene contains instructions to produce the alpha-actinin-3 protein, which is found primarily in fast-twitch muscle fibers.

Variations or changes in the ACTN3 gene have been linked to differences in muscle fiber type distribution and athletic performance.

For example, a change denoted by “R577X” (also called rs1815739) in this gene is associated with changes in muscle fiber distribution due to the levels of the alpha-actinin-3 protein.

People can have RR, RX, or XX type of ACTN3 gene.

However, this is not the only factor determining muscle fiber distribution and athletic performance; other genetic and environmental factors also play a role.

The ACTN3 gene is not just an indicator of speed or endurance performance.

It also affects other aspects of physical performance like

To build more slow-twitch muscle fibers, an individual can engage in endurance training, such as:

To build more fast-twitch muscle fibers, an individual can engage in power and strength training, such as:

It's important to note that muscle fibers are not completely fixed, but they can adapt to different types of training.

The body can modify the proportion of fibers, but this process is slow and not completely predictable.

It's also important to remember that building muscle fibers is not the only factor in physical performance; proper nutrition, power and strength training techniques, and muscle recovery also play important roles.

Research has shown that variations or changes in the ACTN3 gene can impact muscle fiber type distribution and athletic performance.

The R577X variation in ACTN3 is related to an increase in slow-twitch muscle fibers and better endurance performance since it results in no/low ACTN3 protein activity.

On the other hand, high ACTN3 protein activity is connected to more fast-twitch fibers and improved power and sprint performance.

It's worth noting that the ACTN3 gene isn't the sole factor that affects muscle fiber distribution and athletic performance; other genetic and environmental factors are also involved.

Training methods such as endurance and strength training can also affect muscle fiber distribution, but it's a gradual process, and the outcome is not fully predictable.

May 29, 2021
Clarified my allergies
Didn't expect much but this proved me wrong. I discovered useful personal traits and information about my health that I customized towards my day to day living. For the longest time, I thought I was lactose intolerant and allergic to cockroaches, but this report showed me that I wasn't. I thought the milk from the bubble tea I drank every weekend was causing my constant bloating. Truthfully, I didn't drink enough water and was snacking a lot. Thank you, this has been life-changing.
Brooke Dawe

May 31, 2021
Simply the best DNA service
I am very pleased with Xcode professional service. My comprehensive reports was generated fast. I could find out a lot about my health, allergy, fitness, nutrition and skin info I never knew before from my raw DNA data. Xcode has the best deal prices on the internet. Highly recommended you won't regret.
Whitney Harper