The DNA Blog » Genes and Fitness » Muscle Performance » How Genes Influence The Likelihood Of Muscle Fatigue?

How Genes Influence The Likelihood Of Muscle Fatigue? 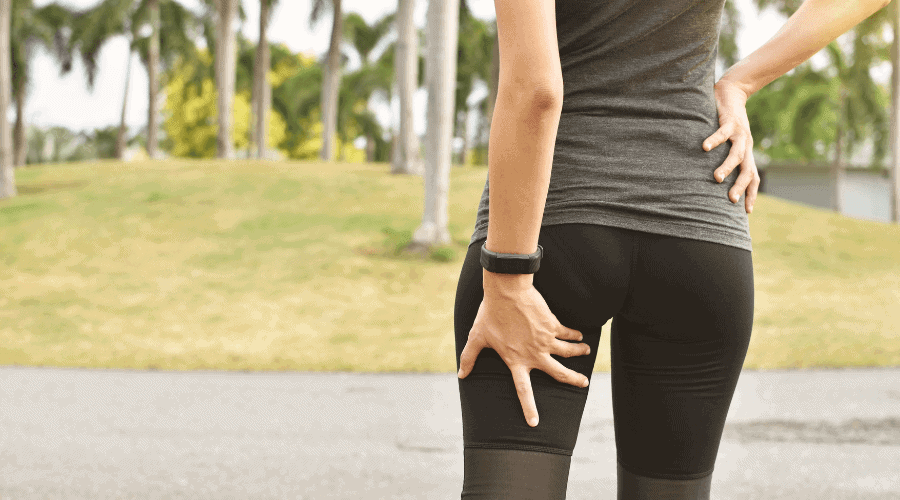 Muscle fatigue is the reduction in the capability of muscles to perform work. It can be associated with a state of exhaustion, which can occur due to exercising or other strenuous activities. Muscle fatigue makes it hard to move normally. It can make people tired and leave them energy deprived.
This is because muscle fatigue decreases the force behind the movement of muscles, causing a person to feel weaker.
A lot of people experience muscle fatigue, and in most cases, it is minor. However, a few people may take a longer time to recover from muscle fatigue. They may require medical intervention.
The onset of muscle fatigue has hampered many athletes from achieving their maximum potential.

It can happen due to either or both of the following:
-The nervous system fails to generate a sustained signal with muscle tissue
-The contraction ability of the muscle is reduced

Anaerobic metabolism is a process in which the body produces energy without using oxygen. This commonly occurs during periods of intense physical activities (exercises). During this process, lactic acid is released as a byproduct. Small amounts of lactic acid operate as a temporary energy source. However, when it gets built-up in the muscles, you feel the “burning sensation.” If the lactic acid is not cleared quickly, it can lead to muscle fatigue. For this reason, it may be desirable to reduce lactic acid build-up in the muscles

How quickly lactic acid is cleared, and in turn, the fatigue onset is influenced in part by genetics.

How Does Genetics Influence Muscle Fatigue

MCT1 gene, also called SLC16A1, encodes the Monocarboxylate transporter 1 (MCT) protein. It regulates the transport of lactate and other substances. It also removes lactic acid from the muscles.
MCT1 gene influences the amount of MCT you produce. The more you produce, the quicker is the clearance rate. This delays the onset of muscle fatigue.

rs1049434 is an SNP in the MCT1 gene. This SNP affects lactic acid clearance by influencing the amount of MCT produced. According to a study on a group of moderately active men and women, it was observed that individuals with the AA type had higher levels of lactate compared to the TT type.

Other genes like_ COL5A1, HNF4A, TNF, and _NAT2 also influence the likelihood of fatigue.

Effects of Lactic Acid Build Up

The build-up of lactic acid is characterized by symptoms like:
- Nausea
- Fatigue
- A burning sensation in the muscles
- Weakness
- Muscle soreness
- Muscle cramping
- Shortness of breath
- Yellowing of skin or eyes

Magnesium delivers energy to the body while exercising and helps limit lactic acid build up.
Foods rich in magnesium include legumes like navy beans, pinto beans, kidney beans, and lima beans, seeds such as pumpkin, sesame, and sunflower seeds, and vegetables like spinach, greens, turnips.

It helps the body to break down glucose and thus can help to limit the body’s need for lactic acid. Food sources of these fatty acids include fish like salmon, tuna, mackerel, nuts and seeds like walnuts and flax seeds, and plant-based oils such as olive oil, canola oil, rice bran oil.

B vitamins help to transport glucose throughout the body and help provide energy to the muscles. Food sources of B vitamins include leafy green vegetables, cereals, peas and beans, fish, beef, poultry, eggs and dairy products.

Eat Before Working Out

May 29, 2021
Clarified my allergies
Didn't expect much but this proved me wrong. I discovered useful personal traits and information about my health that I customized towards my day to day living. For the longest time, I thought I was lactose intolerant and allergic to cockroaches, but this report showed me that I wasn't. I thought the milk from the bubble tea I drank every weekend was causing my constant bloating. Truthfully, I didn't drink enough water and was snacking a lot. Thank you, this has been life-changing.
Stephen D

May 31, 2021
Simply the best DNA service
I am very pleased with Xcode professional service. My comprehensive reports was generated fast. I could find out a lot about my health, allergy, fitness, nutrition and skin info I never knew before from my raw DNA data. Xcode has the best deal prices on the internet. Highly recommended you won't regret.
Scarlato Barros