The DNA Blog » Genes and Health » Is Tourette Syndrome Genetic? 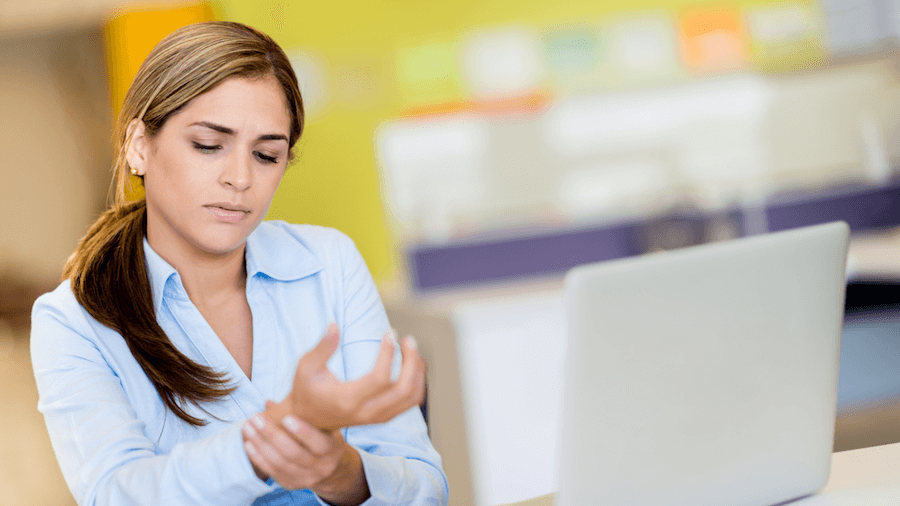 Tourette Syndrome At A Glance

Tics usually show up in childhood, and their severity varies with time.

In most people with Tourette syndrome, the tics become milder and less frequent as they grow older.

One to ten in 1000 children may develop Tourette syndrome, but its exact incidence is unknown.

The symptoms of Tourette syndrome begin between ages 5 and 10.

In children, the initial symptoms are usually mild, simple tics of the face, head, or arms.

Over time, the child may develop different tics that may happen more often and involve other body parts, like the trunk and legs.

Though symptoms vary in each child, a few involuntary, purposeless motor movements observed in Tourette syndrome include:

Vocal tics usually appear much later than motor tics and include:

Some people show complex tic behaviors that may look purposeful, such as:

Though the exact cause of Tourette syndrome is unknown, genetics and environmental factors are said to play a role in its occurrence.

The cause of Tourette syndrome is poorly understood.

Although environmental factors may play a role, genetic factors are thought to be the primary drivers of the pathogenesis of this disorder.

The fact that Tourettes has been seen running in families further substantiates the underlying genetic role.

The several genetic changes identified may play an important role in explaining the variable symptoms observed in people with Tourette’s.

Is There A Tourette’s Gene?

So far, no gene has been identified that is directly said to cause Tourette syndrome.

However, mutations in the SLITRK1 gene have been identified in a small group of people with Tourette syndrome.

The SLITRK1 gene gives instructions for producing a protein that probably plays a role in nerve cell development.

However, how the SLITRK1 gene causes Tourette syndrome is unknown.

Though the condition has a strong genetic link, the inheritance pattern of Tourette syndrome is unclear.

Tourette syndrome was previously thought to have an autosomal dominant pattern of inheritance (one affected or mutated gene copy in each cell is sufficient to cause the condition).

However, several decades of research have shown this is not the case.

Studies have shown that almost all Tourette syndrome cases result from genetic and environmental factors and not a single gene.

Other Risk Factors For Tourette Syndrome

The risk factors for Tourette syndrome are unknown, but genes play a significant role.

Few suspected risk factors that may cause Tourette syndrome are:

Diagnosis and Treatment of Tourette Syndrome

Tourette syndrome is usually diagnosed by a pediatrician or a qualified mental health professional who can identify the symptoms in children and adolescents.

The professional performs a comprehensive evaluation of the child or adolescent to diagnose Tourette syndrome, including

Most children are around seven years old when diagnosed with this disorder.

The treatment for Tourette syndrome in children depends upon several factors, including the severity of the condition.

While many children may not require treatment, some may require special classes, psychotherapy, and medications.

Children with ADHD, OCD, or mood disorders may require medications.

May 30, 2021
Finding out random genetic variations
Finding out random genetic variations you might be predisposed to. It gives out likely or unlikely expressions you might have. I got the health, fitness and nutritional pack and I saw confirmations of experiences that I've uncovered about myself, like having unordinary grip strength. It's neat to have this kind of validation and proof! I plan to reference my xcode pdfs since there's a lot to digest! I find the vitamins my body would likely prefer to be my favorite part of it. I want something more definitive to understand myself, like not what's "likely", but genes are complicated and xcode just provides what's likely and that's ok. What I would prefer is probably a whole other complex science. It was worth it.
Rabih Massri

March 12, 2021
Very detailed health guidance
I didn’t know what type of information I will get exactly and I was skeptical, but after taking the test I discovered so much more about my self and how my body functions , there was so much informations and detailed guidance on how I can benefit from MY DNA test. Especially about food and exercise types that suits my body to maintain a healthy life style. I strongly recommend Xcode
Scarlato Barros