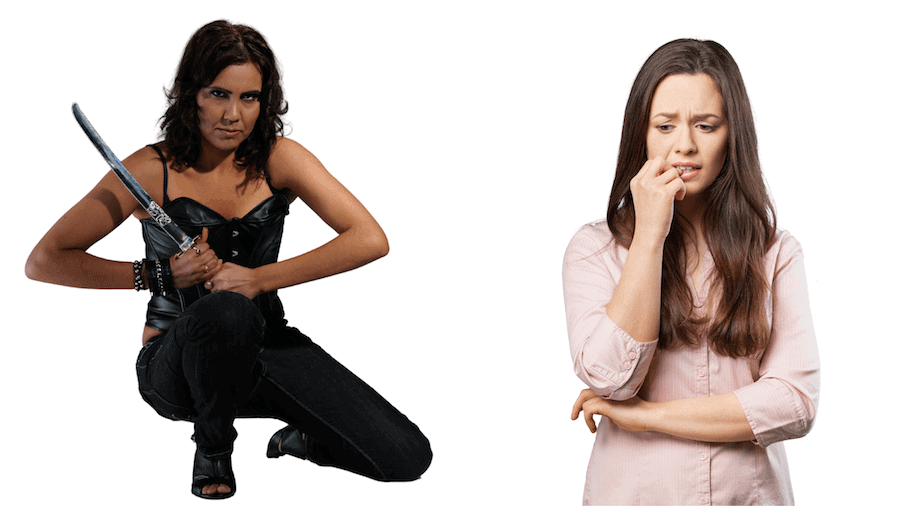 The COMT gene is responsible for producing an enzyme called catechol-O-methyltransferase. This enzyme helps in the breakdown of catecholamines, thereby inactivating them. Catecholamines, termed as fight or flight hormones, include dopamine, epinephrine, and norepinephrine. They are produced in response to stress. They are responsible for increasing heart rate, blood pressure, breathing rate, muscle strength, and alertness. They also play a role in increasing blood flow to major organs like the brain, heart, and kidneys.

One variant produces high levels of the enzyme, which breaks down dopamine faster, leading to its lower levels in the brain.

The other variant produces lower levels of the enzyme, which results in slower breakdown of dopamine, resulting in its higher levels in the brain.

The COMT gene variants are influenced by the allele present at rs4680.

The G allele here is associated with higher COMT enzymatic levels compared to the A allele.

The presence of two A alleles at rs4680 results in lower enzyme activity. This leads to dopamine build-up in the brain. People with the AA type are more susceptible to stress, anxiety, and pain and are called “worriers.”

The presence of two G alleles at rs4680 leads to elevated enzymatic levels. This results in faster breakdown of dopamine. People with the GG type clear dopamine quickly at times of stress and can fight it out better. They are referred to as the “warrior.”

They are assigned a status that’s between a worrier and a warrior. The outcome of AG genotype can be as follows:

A higher likelihood of warrior personality (compared to AA type);

A higher likelihood of worrier personality (compared to GG type)

Despite the negative connotation to the word “worriers,” these people are at certain advantages as well. They are known to be:

- a more positive outlook towards life

Dopamine promotes the feeling of pleasure and reward, which can help with better attention and memory. Some ways of boosting dopamine levels include:

Higher dopamine levels have been associated with addiction and mental disorders like ADHD, obsessive-compulsive disorder, and schizophrenia. The “reward” feeling elicited by dopamine makes you want ‘more of something.’ When the levels of dopamine are higher than normal, this behavior can result in addiction.

- Inhaling lemon essential oil speeds up the breakdown of dopamine and contributes to anti-anxiety and antidepressant effects.

- Tryptophan and 5-HTP are two amino acids that deplete excess dopamine. They are available as supplements. However, it is important to consult a qualified medical practitioner before getting started on any supplements.

- Licorice root, a common ingredient in candies, is being studied for its antidotal properties for cocaine addiction, as it blocks dopamine production. However, the US FDA mentions that licorice containing food must be consumed in moderation.

- Vitamin B6 is a cofactor required for dopamine synthesis. Dopamine toxicity has been managed in animals by vitamin B6 administration.

1. COMT gene encodes the enzyme catechol-O-methyltransferase that is involved in the metabolism of catecholamines like dopamine, epinephrine, and norepinephrine.

2. COMT gene has two variants - one that breaks down dopamine quickly, and the other that breaks it down slowly.

3. rs4680, also known as Val158Met, is an SNP in the COMT gene. The G allele of this SNP is associated with higher enzymatic levels compared to the A allele.

5. The third type, AG, is associated with intermediate dopamine levels. People with the AG type are assigned a status that is between a worrier and a warrior.

6. Levels of dopamine can be increased naturally by getting adequate sleep, exercising, sunlight exposure, consuming probiotics, and more protein.

Is Anxiety Genetic? Nature Vs Nurture.
Is Anxiety Inherited? What Research Says.
How Does Anxiety Affect Your Brain?
Is There Gene Therapy For Autism?
How Genes Affect Your Mental Health
View All