How Genes Influence Your Angry Temperament 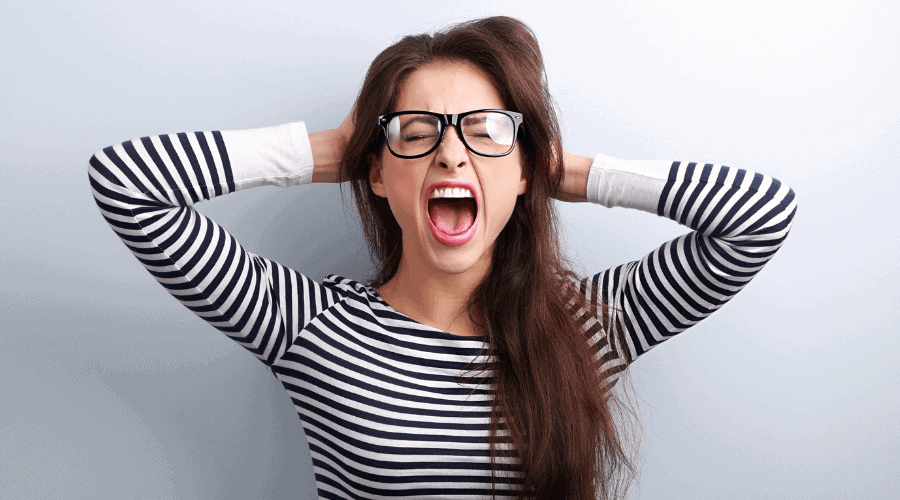 Anger is a state of mind that makes people feel hostile and aggressive and react negatively about someone or something that has triggered them. Angry temperament is the characteristic behavior of a person that makes the person hostile and aggressive by nature. In other words, it is the tendency toward quick, minimally provoked, or unprovoked anger.

The Three Types of Anger

Aggressive anger - Here, the person who is angry shows signs of aggressive behavior, including bullying, violence, self-harm, vengeance, and threats.

Passive anger - The person who is angry pretends not to care about the situation and shows signs of being unconcerned. Such individuals indulge in self-harm, obsessive behavior, and avoid conflict.

Assertive anger - People who show assertiveness in their anger retort to punishments, scolding, and disapproval when they get angry.

The Difference Between Anger and Aggression

Anger is a negative emotion or state of mind. Anger is a necessary emotion to stay away from threatening situations. Aggression is anger that pushes a person to harm someone or something. In some cases, anger is followed by aggression and leads to unpleasant outcomes.

Is Anger Always A Negative Emotion?

There was a time when having an angry temperament was considered negative and looked down upon. Right now, though, scientists and experts think differently.

Anger is a basic, normal, and natural reaction that is common for all living beings. Scientists have proven that at just 12 months of age, babies can start showing signs of anger.
Anger is, in fact, a needed emotion for survival.

Scientists believe that anger helped our ancestors fight for resources and to win over competitors. In modern humans, anger is channeled in the brain’s reward circuit. People have an expectation of how things should go about.

When this does not happen, the reward circuit sends out an alarm to the part of the brain called the amygdala. The amygdala is responsible for controlling emotions. This part of the brain reacts to the alarm and shows out anger. Threat, frustration, disappointments, and hostility can all trigger anger.

The problem arises when a person’s angry temperament gets uncontrollable.

The FYN gene helps produce the Proto-oncogene tyrosine-protein kinase Fyn enzyme. This enzyme is responsible for cell growth, development, and signaling. It is also associated with calcium influx - entry of calcium into the cells. This gene has been studied in association with angry temperament.

rs2148710
rs2148710 is a single nucleotide polymorphism or SNP in the FYN gene. It is located on chromosome 6 of the human genome. Mick et al. investigated an association between rs2148710 and the trait anger.
The study identified the T allele of this SNP is associated with increased angry temperament and aggressive behavior.

Why Is An Excessive Angry Temperament Problematic?

Anger can prevent a person from taking rational and right decisions. It also severely affects a person’s physical and mental health.

There are studies that prove negative emotions and anger increase a person’s risk for developing Coronary Heart Disease.

A 2006 study followed the lives of 11,615 non-diabetic individuals for six years. According to the study, people who showed high traits of anger temperament had a 34% higher risk for developing type II diabetes.

Another article finds a relationship between anger and bulimic tendencies (behavior that causes overeating and then vomiting or purging to not gain weight). People who show impulsive anger may develop eating disorders like bulimia easily.

This 2019 study asked people to identify the number of times they encountered some kind of road crash risk like accidents, near accidents, receiving traffic tickets, and losing concentration. The study concluded that 36% of these road crash risks happened because of emotional causes (anger, in this case), and 21% of the participants deliberately violated traffic rules because of anger.

High levels of anger and aggression are also associated with self-harm, the need for psychiatric hospitalization, and behavioral problems.

Signs of A High Angry Temperament

Mental signs
- Unable to answer back
- Reacting with sarcasm
- Cravings for something comforting, like a drink or a smoke
- Closing up
- Wanting to physically attack the people around
- Irritation

Physical activity is inversely associated with an angry temperament. Studies suggest that regular exercising provides a way to release built-up emotions and rage and can have a positive impact on anger management.

Start identifying how your body and mind react when you get angry and when things go uncontrolled. This will help you identify anger triggers early on and practice one or more of the below angry management techniques:
- Relaxation - imagining relaxation visuals, situations, and phrases to control anger
- Cognitive therapy - identifying alternative ways to handle anger
- Skill development - developing skills that can prevent situations that trigger anger

For some people, their angry temperaments may be a result of the environment they are trapped in. In such cases, finding a change of environment, even for a few minutes in a day, can help.