How Genes Influence The Breakdown Of Aspirin 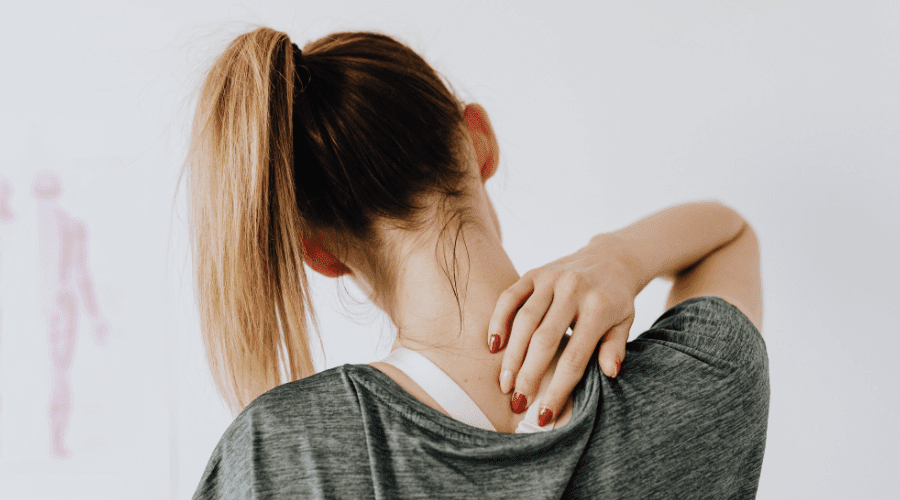 Aspirin is a common, non-prescription drug used to relieve pains, aches, and fever.

Some people also use aspirin as an anti-inflammatory drug and a blood thinner.

The generic name for aspirin is acetylsalicylate, and this compound is found in willow trees and myrtle plants.

Aspirin is usually available in the oral form but may also be available with other medications like antacids, pain killers, and cold and cough medicines.

Non-prescription aspirin is available as a regular tablet, a delayed-release tablet, a chewable tablet, powder, and gum to be taken orally.

Non-prescription aspirin is usually recommended to be taken every four to six hours for fever and pain and once a day if you take the drug to reduce the risk of heart attack or stroke.

Prescription aspirin comes in extended-release or long-acting tablets and is recommended to be taken two or more times a day.

Due to the risks associated with taking the drug, you must always take aspirin exactly as directed by your physician.

Is Aspirin An NSAID?

Aspirin is a nonsteroidal anti-inflammatory drug or NSAID and was the first drug of this class to be discovered.

It reduces the number of prostaglandins (compounds made in response to tissue damage or infection) produced by the body and thereby relieves pain.

Other NSAIDs include ibuprofen, naproxen, etc.

What Is Baby Aspirin?

Baby aspirin refers to the lowered dose of the drug used in children.

A single pill of baby aspirin contains 81 milligrams of the drug and is one-fourth of the amount found in adult aspirin, which is 325 milligrams.

According to a new study published in the USA, baby aspirin dosage may be the best for heart health.

According to the latest guidelines on the use of baby aspirin for heart health, a thorough evaluation of your health and benefits vs. the risk of taking the drug must be performed by an expert before prescribing it.

What Is Aspirin Used For?

Due to its analgesic, anti-inflammatory, and antipyretic (fever lowering) properties, aspirin has a wide range of uses:

Aspirin is used to relieve mild and moderate pain, aches, and swelling that are commonly seen in conditions like:

Aspirin is also routinely used in low doses to lower the risk of blood clot formation and prevent cardiovascular diseases in a few people who:

It is important to note that taking aspirin long-term can be harmful in people other than those who fall in the aforementioned groups.

In addition to the uses of aspirin mentioned above, the drug may also be used to treat the following conditions:

Low-dose aspirin is also recommended in people with:

How Does Aspirin Work?

You feel pain when your nerves send an electrical signal to your brain. The damaged or injured tissues release chemicals called prostaglandins.

You feel pain when your nerves send an electrical signal to your brain.

Prostaglandins further intensify the electrical signal coming from the nerves, which increases the pain you feel.

Aspirin modifies an enzyme called COX or cyclooxygenase which is required to produce prostaglandins.

When the structure of the COX enzyme is changed, it results in the blocking of prostaglandins producing, thereby relieving pain and inflammation.

Is Aspirin A Blood Thinner?

Low doses of aspirin are used as a blood thinner to prevent stroke and heart attacks in people at high risk of experiencing these events.

Aspirin makes blood less sticky and reduces its clotting ability when given in low doses.

Aspirin as a blood thinner is prescribed to individuals who have recently undergone heart surgery or have had chest pain due to heart disease, etc.

Low doses of aspirin are also used as a blood thinner in children with Kawasaki disease (a rare illness that may require heart surgery).

Before taking low doses of aspirin, inform your doctor if you have any of the following conditions to avoid any adverse effects:

Most NSAIDs are known to increase blood pressure and reduce the effect of anti-hypertensive drugs.

However, studies have shown that low doses of aspirin may lower blood pressure and can be used to prevent hypertension.

Pregnant women at a high risk of developing preeclampsia may be prescribed low doses of aspirin at bedtime to reduce blood pressure.

Can You Give Dogs Aspirin?

Seeing your canine friend in pain can be difficult if you are a dog owner.

Many dog owners reach out for the aspirin in their drug cabinet for relieving their dog’s pain.

However, never give your dog aspirin without a vet’s prescription.

Though veterinarians prescribe aspirin to dogs in pain, they do so only for certain conditions like osteoarthritis or to relieve musculoskeletal inflammation.

Aspirin in greater quantities may be toxic to your dog or cause severe side effects in them.

Side Effects Of Aspirin

Though aspirin is readily available as an over-the-counter medicine and is largely safe, it may cause side effects in some people.

Some common side effects of aspirin are:

Some less common or rare side effects of aspirin include:

If you experience any of the following serious side effects of aspirin, discontinue it and call your doctor immediately:

Some severe side effects of aspirin are bleeding in the brain and stomach and kidney failure.

How Long Does Aspirin Stay In Your System?

Once aspirin reaches the stomach, it is rapidly absorbed there and in the intestine.

Around 75% of the drug is eliminated via the urine.

The usual effect of aspirin lasts about 4-6 hours, but the platelet inhibitory effect (or blood-thinning effect) may last up to 10 days.

Can Aspirin Hurt Your Kidneys?

Taking excessive amounts of aspirin long-term can damage your kidneys.

According to the National Kidney Foundation, around 3% to 5% of new chronic kidney failure cases are due to excessive usage of painkillers like aspirin.

Kidney damage due to pain killers can be due to reduced blood flow to the kidney.

Is Aspirin Good For Your Heart?

Aspirin helps prevent blood clotting, which is a major cause of cardiac events, heart attacks, and strokes.

Therefore, lower doses of aspirin are prescribed to people at a high risk of developing heart attacks and stroke.

Aspirin: Interactions With Other Drugs

Aspirin may interact with other medications when taken together.

So, you must inform your doctor about the current medications that you are taking.

Some significant drug interactions of Aspirin are:

Taking aspirin with other NSAIDs like ibuprofen, naproxen, or diclofenac may increase the risk of stomach bleeding.

Therefore, always speak to your doctor before taking these drug combinations.

Can I Take Aspirin And Ibuprofen Together

Both aspirin and ibuprofen are NSAIDs that are used to treat mild to moderate pain.

But, you should not take them together as it increases the risk of stomach bleeding, hearing problems, and allergic reactions.

Consuming aspirin with drugs like citalopram, fluoxetine, paroxetine, or venlafaxine, can increase the risk of bleeding.

When these two drugs are taken together, it enhances the anticoagulant effect on the body and significantly increases the risk of bleeding.

Methotrexate is used in the treatment of cancer and some autoimmune diseases.

This accumulation of methotrexate may cause harmful effects.

A type of these receptors called the gamma variant plays a role in conditions like obesity, diabetes, atherosclerosis, and cancer.

Studies have shown that a single nucleotide polymorphism or SNP, rs3856806, in the PPARG gene plays a role in developing aspirin-intolerant asthma.

People with the TT type of this SNP have an increased risk for aspirin hypersensitivity than those with the CT and the CC types.

The PEAR1 gene gives instructions for the production of platelet endothelial aggregation receptor 1 .

This receptor plays a role in platelet aggregation, which leads to blood clotting.

When treated with aspirin, people with the AA type of this SNP were more likely to experience a cardiovascular event like heart attack, stroke, or death than those with AG and GG alleles.

Recommendations To Use Aspirin

Inform your doctor about your medical history and any conditions like heartburn, stomach pain, bleeding problems like hemophilia, kidney or liver disease, as these conditions may get aggravated on taking aspirin.

Suppose you have had an allergic reaction to aspirin, any other medication used to reduce fever and pain, or tartrazine dye, you must inform your doctor before taking aspirin.

Additionally, if you have a history of asthma, frequent stuffy or runny nose, or nasal polyps, you may be at a high risk of developing an allergy to aspirin.

Inform your doctor if you are pregnant, plan to conceive soon, or breastfeed.

Pregnant women are not recommended to take aspirin over 81 mg around or after 21 weeks of pregnancy and never without a doctor’s prescription.

In some women, a low dose of aspirin may be prescribed to prevent complications of hypertension.

Aspirin is excreted into breast milk and may cause adverse effects in your baby. So, you must inform your doctor if you are breastfeeding before taking aspirin.

If you consume alcohol (more than three drinks a day), inform your doctor about the same before taking aspirin or other pain and fever-relieving medicines.

Genetic testing helps your doctor determine your risks after taking aspirin and if you are susceptible to cardiovascular events like stroke, heart attacks, etc.

Analyze Your Genetic Response to Aspirin

How Much Aspirin Can You Take In One Day?*

The recommended dosage of aspirin varies based on the need, from 50 mg to 6000 mg per day.

You should always take aspirin with food.

*The dosage recommendations are for informational purposes only. Please consult with your physician for the appropriate drug dosage.

Who Should Not Take Aspirin?

The following people should avoid aspirin: