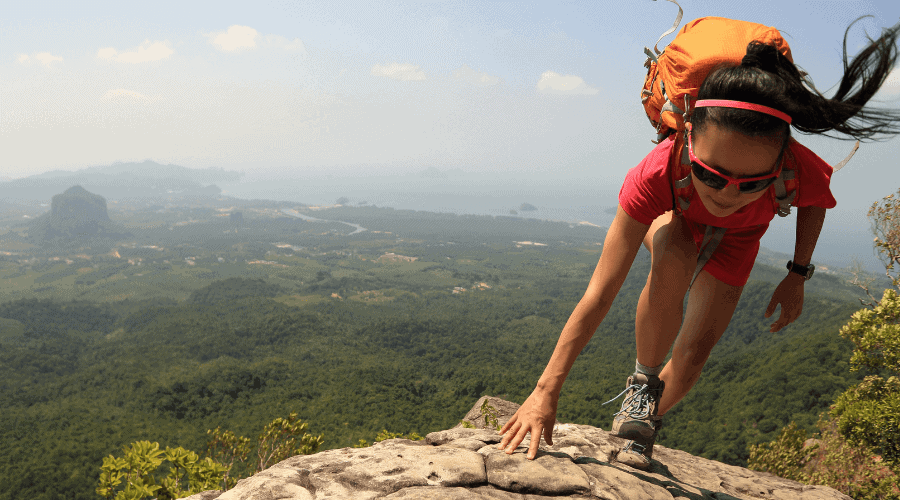 What Is High Altitude Adaptation?

High altitude adaptation is the ability of a human being to survive at extremely high altitudes. People who have lived for generations together at high altitudes have gone through certain genetic and behavioral changes to help them adapt to extreme climatic conditions.

What Happens At High Altitudes?

Human beings are generally adapted to living in lowlands where oxygen is available in plenty. Oxygen is essential for the functioning of the body and the brain. When you travel to highlands, at altitudes above 2500 meters, the body experiences sudden oxygen deprivation. At about 4000 meters, you get only 62% of oxygen in each breath from the atmosphere, compared to 100% at sea level. This leads to altitude sickness.

The condition that results because of a lack of essential oxygen to the body is called hypoxia. Hypoxia can turn fatal when oxygen levels are consistently low for extended periods of time.

About 2% of the world’s population live in extremely high altitudes above 8,200 ft. People from Tibet in Asia, Ethiopia in Africa, and the Andes in the Americas have all acquired the physical ability to avoid the above-mentioned symptoms and survive healthily in high altitudes.

The Importance Of High Altitude Adaptation For Olympic Trainers

It is common knowledge that aerobic performance declines at higher altitudes. During the Olympics game held in Mexico in 1968, coaches saw that the performance of their athletes declined during the practice sessions and the actual competition. The high altitude of about 7,500 ft had brought down the performance of most athletes that year.

After this, coaches started reaching high altitude venues several weeks ahead to help performers get used to the high altitude and improve their endurance. This is called acclimatization.

Even now, high altitude training is a common practice for endurance trainers like swimmers and runners to improve their performance.

Generally, when athletes perform at high altitudes, their muscles receive less oxygen with each breath. This is what brings down performance. As athletes start training extensively in high altitudes, the body starts producing more Red Blood Cells (RBCs) to help carry more oxygen to the muscles.

Many studies have analyzed the effects of high altitudes on cognitive ability. A 2004 study concluded that at higher altitudes, problems like visual hallucinations, lowered accuracy, impaired motor functions, and slower decision-making skills are commonly observed. At
altitudes higher than 6,000 m, people experience short-term memory, too.

Unless the body and the mind are prepared to handle these, a reduction in cognitive ability can impact the performance of athletes and trainers.

How Does Genetics Influence High Altitude Adaptation During Training?

The EDN1 gene encodes for the Endothelin 1 protein. This protein helps in relaxing blood vessels and thereby bringing down blood pressure levels.

rs2071942
The GG genotype of the SNP rs2071942 of this gene is associated with higher altitude adaptation. This allele was also more favorable during acclimatization.

The ADRB2 gene encodes for the beta-2-adrenergic receptor and plays an important role in signaling in the body. Mutations in this gene can cause breathing difficulties and asthma.

rs1042714
The CC genotype of the SNP rs1042714 of this gene is associated with higher altitude adaptation and is also more favorable during acclimatization when compared to the GG genotype.

The ADRB3 gene too plays a role in signaling and helps distribute heat energy in the muscles and tissues of the body.

rs4994
The TT genotype of the SNP rs4994 of this gene is associated with higher altitude adaptation when compared to the CC genotype.

The VEGFA gene encodes for the Vascular Endothelial Growth Factor A protein. This protein is important in the formation of blood vessels and endothelial cell growth and maintenance.

rs3025039
The CC genotype of the SNP rs3025039 of this gene is associated with higher altitude adaptation.

Age - Older trainers and athletes find it difficult to adapt to higher altitudes when compared to younger individuals.

Dehydration - Dehydration while training at high altitudes can make the symptoms of altitude sickness worse.

What Can You Do To Improve High Altitude Adaptation?

If you have only been training in the lowlands, it is vital you consider high altitude training too. This will improve your efficiency and also get you equipped to perform in higher terrains.

Training in high altitudes requires different energy and nutritional needs. Low levels of iron can bring down the performance of the athlete. You can compensate with iron supplements and iron-rich foods. Oxidative stress is a common problem with exposure to higher altitudes. Choosing antioxidant-rich foods and picking antioxidant supplements can help battle this.

Reaching the high altitude terrain early and getting used to the lowered amount of oxygen molecules in the atmosphere will help the body adapt to the changes naturally. Acclimatization is a very important part of Olympic training. Studies show that when you spend more days in acute altitudes, the submaximal performance peaks and stabilizes.

July 7, 2021
In-depth results
I was curious to see the health insights Xcode had to offer since the 23andme health reports were a bit lackluster. I ordered one health report from Xcode and received results within an hour. This specific report was more extensive than 23andme and came with a helpful guide. I definitely want to order more tests but the only issue is there’s so many to choose from.
Michelle Casterline