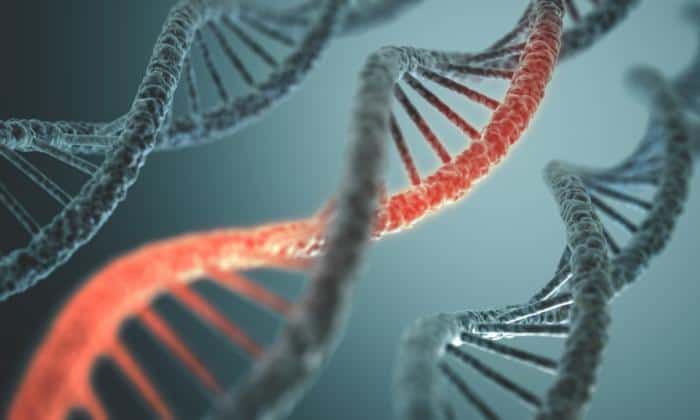 Genes are the storehouse of all biological information

Even as we inherit our genes from our parents, we also inherit some of the gene mutations that can cause significant changes in our body. Mutations are variations in the genetic code of a gene that can alter or affect its functions. These inherited mutations, however small they are, can increase our risk to certain diseases.

Research studies have established that BRCA1 (Breast Cancer Susceptibility Gene 1) and BRCA2 (Breast Cancer Susceptibility Gene 2) genes are linked to breast cancer. Mutations of these genes that belong to a class of genes known as tumour suppressors are linked to hereditary breast and ovarian cancers. While it is true that not all genetic changes or mutations are harmful, a woman who inherits this faulty or harmful genetic mutation in BRCA1 or BRCA2 is prone to the risk of developing breast or ovarian cancer before menopause. It is also very likely that breast and ovarian cancers run in the family with some of her close family members being diagnosed with the diseases. Apart from breast and ovarian cancers, harmful BRCA1 mutations are also likely to increase a woman’s risk of developing cervical, uterine, pancreatic and colon cancer and harmful BRCA2 mutations may increase risk of pancreatic, stomach, gall bladder, bile duct cancers and melanoma. However researchers add that not all women who hail from families with a history of breast or ovarian cancer are carriers of harmful mutation and further not every woman who has inherited this deleterious mutation will develop breast or ovarian cancer.

How does a woman learn whether she is or not a carrier of the faulty gene?

Genetic testing plays a key role in detecting BRCA1 and BRCA2 mutations. Genetic testing gives the woman the chance to learn if her family history of breast cancer is due to an inherited gene mutation.

BRCA gene test is conducted to identify the harmful changes in the DNA of the two breast cancer susceptibility genes. Genetic counselling by qualified professionals in the field of cancer genetics is usually recommended before and after the test to discuss with the candidate about the importance of the test, its benefits, and implications of its outcome, psychological impact and the inherent risk of passing on the mutations to one’s kids.

A woman becomes a candidate for BRCA gene testing under the following conditions:

What should a woman who tests positive for BRCA mutation do?

A woman who tests positive now understands that she has a high lifetime risk of developing breast or ovarian cancer. However she should also understand that just because she is a carrier of the faulty gene, it does not mean that she would certainly develop the disease.

The woman who has the harmful BRCA1 or BRCA2 mutation will be placed under the radar of surveillance that includes periodical mammography and clinical breast examinations in the case of breast cancer and for ovarian cancer, surveillance methods include transvaginal ultrasound, blood tests and clinical exams. Screening will go a long way in detecting breast cancers early enough to be successfully treated with minimal damage to the quality of life of the individual.

The option of resorting to surgery as a pre-emptive step to reduce the risk of developing cancer is also explored by some women. Prophylactic surgery involving removal of tissues that are more exposed to risk i.e., prophylactic mastectomy (removal of healthy breasts) and prophylactic salpingo-oophorectomy (removal of healthy fallopian tubes and ovaries) might offer some degree of protection against the development of breast and ovarian cancers. However, this does not offer any guarantee against development of the diseases.

It is imperative that women who seek risk avoidance measures like surgery or intake of drugs should discuss their options in detail with their physicians before implementing them.

Genetic testing for breast cancer will help in taking the fight against cancer to the next level. For those women who have known reasons like strong family history of the disease, it is essential to consider being tested for a genetic mutation. However, the risk for developing the disease in women with the faulty genes varies from individual to individual.

Though genetic testing for cancer can cause a lot anxiety, stress, anger, guilt and even chronic depression in some individuals, it can have its own benefits irrespective of the outcome of the test. While it gives a sense of direction by way of adoption of preventive measures to those who test positive for a faulty gene, those who test negative experience a great sense of relief which helps in motivating them to increase their awareness.

Risk factors for breast cancer other than genetic mutations

Apart from inheritance of harmful genetic mutations it is common wisdom that women empower themselves with the knowledge of the factors that increase or decrease their chances of developing breast or ovarian cancer. The following factors have a significant impact on the onset of the diseases:

Age is a crucial factor. The risk of developing breast or ovarian cancer increases with age. Genetic mutations can lead to early onset of the disease.

The greater the exposure of a woman’s body to oestrogen, a hormone that stimulates breast tissue, the greater is her risk for developing the disease. Women whose menstrual periods commenced early or whose menopause set in late (after 55) and women who delivered their first child at 30 or beyond are said to be prone to breast cancer as these events in their lives indicate increased exposure of their bodies to oestrogen.

Women who undergo hormone replacement therapy for symptoms of menopause are at an increased risk of breast cancer, besides heart attack, stroke and blood clots.

Medical and hereditary risks apart, there are certain lifestyle factors like obesity, lack of physical activity, alcohol consumption and increased intake high-fat diet that contribute to the risk of developing breast cancer.

The fight against breast cancer calls for a proactive approach by empowering oneself with the knowledge about the disease and through intelligent use of the support system that has been put in place by scientists in the field of genetic research. As a woman if you have valid reasons to worry about your chances of developing the disease, it is time you explored the option of genetic testing as a preventive strategy that could embolden your spirit, imbibe confidence and direct you on the path of preventive self- care.