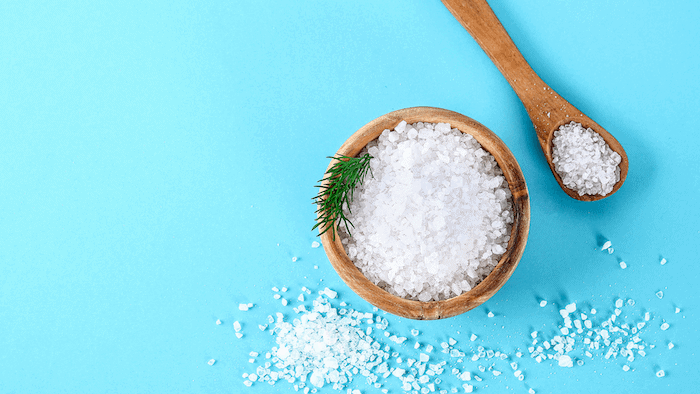 The pressure exerted must be constant and of a particular value. A drop or hike in this pressure may likely be a warning of an abnormality.

When the pressure exerted by blood on the walls increases beyond a certain level, it is known as hypertension or high blood pressure.

Hypertension is a common health condition. Nearly half the American population is expected to be diagnosed with hypertension.

Most people don’t experience any particular symptom until the condition becomes severe. That is why hypertension is rightly known as the "silent killer”. Even when people do experience the symptoms, they are almost always associated with other issues.

What Are The Symptoms Of Hypertension?

The causes of hypertension or high blood pressure are still being studied. Some of the well-accepted and scientifically proven causes are smoking, obesity or being overweight, diabetes, having a sedentary lifestyle (one involving very minimal physical activities), and unhealthy eating habits.

When it comes to diet, a high salt intake can result in hypertension, especially if you are 'salt-sensitive.'

What Is Salt Sensitivity?

We all require some amount of salt in our diets to survive. As its chemical name sodium chloride suggests, salt contains an important mineral, sodium.

About 60% of people with high blood pressure are thought to be salt-sensitive.

How To Determine If You Are Salt Sensitive?

If you suspect salt sensitivity, the best way forward is to approach your medical practitioner.

Your practitioner may initially put you on a low sodium diet. This can then be switched to a high sodium diet.

If there's a rise in the blood pressure by 5-10% after the switch, then you may be considered salt sensitive.

The Story Behind Salt Sensitivity

When our ancestors were roaming about in Africa, many thousands of years ago, salt may have been a scarce nutrient in their diets.

Our bodies require salt for a lot of important functions like muscle contraction, maintaining blood volume, and sending messages and signals between the cells.

Salt also plays a role in water retention in the body. In archaic times when our ancestors were out and about in the Savannah, exposed to the sun for long periods of time, being salt-sensitive would have given them an advantage by losing less water to the environment.

Salt retention became even more essential when infectious diseases (which often cause people to lose sodium through diarrhea and vomiting) started to spread.

Researchers speculate that this is the reason why humans probably developed the sensitivity to salt.

So, an ability to hold on to this nutrient was a survival advantage in many ways.

Unfortunately for many of us, we have retained this evolutionary ability to hold on to calories and sodium ever so dearly. Being surrounded by an environment filled with high-salt and high-calorie foods has automatically ended up increasing our risk of obesity and hypertension.

Surprisingly, salt is not only found in salty foods, but many sweet-tasting foods have large amounts of salt in them. Salt is used as a taste enhancer and a preservative.

Many brands that make cake and pastries hide some amount of salt in them in order to enhance the taste.

Our blood pressure is also regulated by the widening and narrowing of the blood vessels to regulate the blood flow.

The ACE gene produces the angiotensin-converting enzyme and plays a key role in controlling blood pressure.

The Genetics Behind Salt Sensitivity and Blood Pressure

Some types of ACE gene increase the production of the angiotensin-converting enzyme. This results in an increased sodium absorption, thereby causing a higher than normal spike in the blood pressure.

The SNP rs4343 influences the production of the angiotensin-converting enzyme in response to sodium (salt) in blood. The A allele of rs4343 has been associated with increased blood pressure on high salt intake.

People who are salt sensitive should watch the sodium content in their diet. Foods that are low in sodium and high in potassium are recommended - potassium lessens the effect of sodium.

The DASH diet is popular among people with high blood pressure. This diet emphasizes fruits and vegetables - both of which are low in sodium and high in potassium. It also includes nuts, whole grains, poultry, and fish.

Dairy products also are a good addition to the diet. Milk, yogurt, cheese, and other dairy products are major sources of calcium, vitamin D, and protein.

While retaining salt in the body was a survival advantage for our ancestors, the same has become a villain in this day and age of high-calorie and high-salt foods all around. Hypertension, characterized by a persistent elevation in the blood pressure, is a risk factor for many serious conditions like heart disease and stroke. Depending on our sensitivity to the sodium in salt, our blood pressure either spikes or lurks in the normal range upon consumption of salt. The ACE gene plays an important role in determining our sensitivity to salt. The ‘salt-sensitive’ individuals must be wary of the amount of sodium (salt) intake in order to maintain their blood pressure in the normal range. The DASH diet is popular among people who are trying to limit their salt intake.

June 25, 2021
Wonderful experience
I had such a wonderful experience with Xcode Life! It was super quick and easy to use and I received a TON personalized information. Definitely worth spending the money to receive all the available reports!
Erin Souza

May 10, 2021
Accuracy is spot-on
I have used Xcode for multiple reports and I would highly recommend the service for all friends and family. The accuracy is spot on, the cost is affordable and reports are delivered back very quickly. I was able to use my MTHFR report I did years ago for proper detox methods, and my most recent, covid reports, which I did for all my family members, to add awareness of how it might affect me.
Samantha Jones

May 30, 2021
Finding out random genetic variations
Finding out random genetic variations you might be predisposed to. It gives out likely or unlikely expressions you might have. I got the health, fitness and nutritional pack and I saw confirmations of experiences that I've uncovered about myself, like having unordinary grip strength. It's neat to have this kind of validation and proof! I plan to reference my xcode pdfs since there's a lot to digest! I find the vitamins my body would likely prefer to be my favorite part of it. I want something more definitive to understand myself, like not what's "likely", but genes are complicated and xcode just provides what's likely and that's ok. What I would prefer is probably a whole other complex science. It was worth it.
Seb B

July 2, 2022
Go there, they are the best!!!
Wonderful place to get an analyze of your DNA. It can take some time, but the details you get are OUTSTANDING!! This is brilliant service. Great customer service as well. I love this place and can only recommend everyone to take this. Worth the wait, worth the result and gives you answers to your life. Do not hesitate, go here, let them analyze your DNA, top notch service!!!
Rabih Massri