The DNA Blog » DNA and health » Obesity and Genetics: variations in FTO, APOA2 and APOA5 genes

Obesity and Genetics: variations in FTO, APOA2 and APOA5 genes 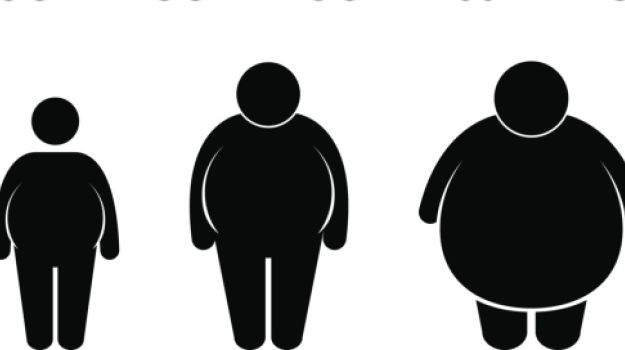 Obesity along with diabetes and high blood pressure, are considered as lifestyle diseases

since they can, to a large extent, be prevented from occurring by adopting a healthy way of life.

In obesity excess body weight, in the form of stored fat, has harmful effects on a person’s health. The obesity condition further raises the probability of other diseases such as diabetes, heart diseases, cancer and arthritis. Overeating, physical activity and genetic predisposition are most often implicated in obesity. Change in dietary habits and physical exercise are the primary mode of reducing or eliminating obesity.

Three of the nearly 50 genes implicated in obesity are FTO and apolipoproteins APOA2 and APOA5.

Genome-wide association (GWA) studies have established the role of FTO, lack of physical activity, body mass index (BMI) and obesity. One study reported that a variation of the FTO gene, rs9939609, may increase the risk of higher BMI (by nearly 0.4 points) and obesity (by 20%) in children and adults.

FTO may affect body fat storage through appetite since it is highly expressed in adipose tissue and in brain (hypothalamus) areas that regulate food intake. Children (8–11 years old) who carry the FTO gene variation rs9939609 were shown to be less responsive to satiety signals and overeating. A recent study with adults having genetic variation of FTO, and other genes, also found a noteworthy connection between the presence of rs9939609 and reduced responses to hunger and satiety.

[three_sixth][info_box title="" image="" animate=""]APOA5 is a triglyceride lipoprotein involved in fat metabolism and the presence of APOA5 gene variation (-1131T>C) has been associated with increased total fat intake, triglyceride levels and BMI.[/info_box][/three_sixth]

Several studies have reported the association between APOA2 and saturated fat, obesity, insulin-resistance (IR) and diabetes. People with the (?265T>C) APOA2 gene variation ate a diet high in saturated fat (~10% of total calories) and had a higher mean BMI.A gene-diet interaction study, in European and Asian populations, observed a link between the presence of APOA2 gene variation, high saturated fat diet, increased BMI (by 6.8%), obesity and insulin resistance.

A healthy diet and regular physical activity are essential in obesity treatment or prevention of obesity in those who have a genetic risk of obesity. A healthy diet is rich in whole grains, fruits, vegetables and fiber but low in salt, fat and sugar. Some patients may need additional medication support to reduce hunger and fat absorption.