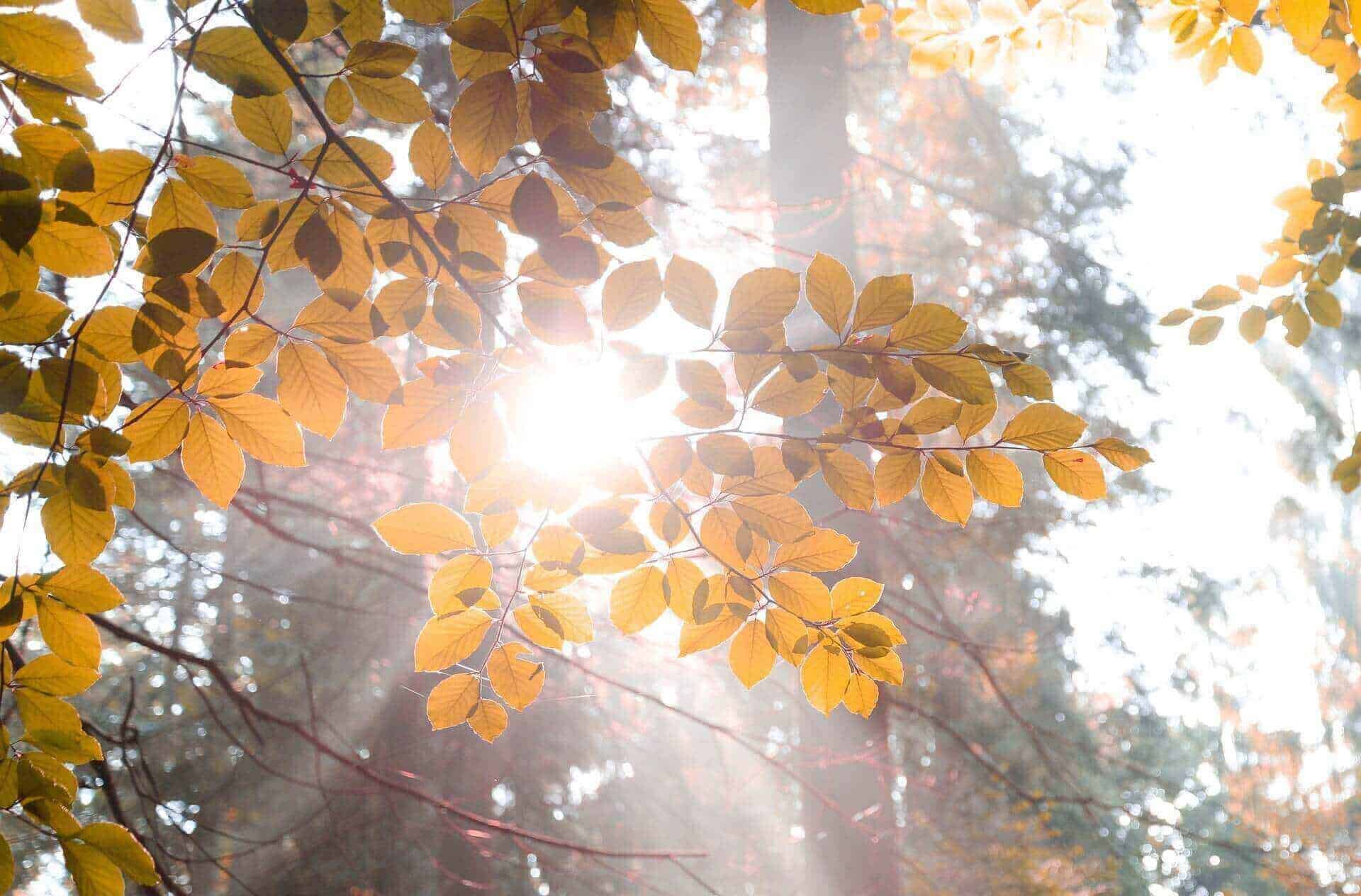 What is photic sneeze reflex?

It is a reflex condition that causes uncontrollable sneezing in response to different stimuli like bright lights, eating or periocular injections.

About 10-35% of the world’s population is affected by this condition.

However, the exact mechanism of condition development is not properly understood.

Individuals who suffer from this condition begin sneezing uncontrollably when they are exposed to bright sunlight.

The exact cause of this condition is not known but many suspect that it may occur due to the over-excitability of the visual cortex on exposure to light.

This leads to strong activation of the secondary somatosensory areas in the brain resulting in sneezing.

Can sunshine make you sneeze?

Have you ever stepped into bright sunlight and felt the uncontrollable tickle in your nose that made you sneeze incessantly?

Well, this is because you may be suffering from a condition called photic sneeze reflex.

To a small percentage of the world’s population, sunshine can make them sneeze.

How common is photic sneeze reflex?

It is a genetic condition and can be inherited from a parent.

If an individual is affected, there is a 50% chance that their child will be affected with the same condition.

Sneezing is one of our body’s uncontrollable reflexes.

The most common cause of it is an irritation in the nose.

Signals from the nose are then sent to the brain that results in the powerful release of air through the nose and mouth to expel the irritant.

Along with the irritant, what also gets expelled is mucus from the nasal passages and all this brought about by contraction of many muscles in the respiratory tract and the eyelids.

But, in the case of photic sneeze reflex, there is no irritant.

Though the exact cause of the sneezing is not known, it is said to be a result of some issue along the trigeminal nerve.

The nerve is the 5th cranial nerve and has three prominent branches – to the eyes, nasal cavity and the jaws.

Since it is in a very crowded place, there can be mixing up of signals and things can go wrong to precipitate a reflex.

The bright light is an irritant to the eyes and causes the pupils of the eye to contract, there might be a confusion in signaling, leading the nose to also perceive it as an irritant, leading to sneezing.

It is also suspected that the photic sneeze reflex occurs as a result of ‘parasympathetic generalization’ which means that if one part of the parasympathetic reflexes (contracting of the pupil in response to bright light) is activated, other parts (nasal cavity) get activated as well.

Does your heart stop for a brief period when you sneeze?

No, your heart doesn’t stop when you sneeze, though you may feel so.

When you sneeze, your eyes automatically close tightly and the intrathoracic pressure inside your chest increases momentarily.

Due to this increased pressure, the blood flow to your heart reduces and the heart adjusts this decreased flow by changing its regular heart beat.

But, the electrical activity of the heart does not stop.

What triggers a sneeze?

Some common trigger factors include:

When an individual is allergic to any of the above trigger factors, the allergic cells in their nasal mucous membrane release a substance known as histamine.

This histamine acts on the various parts of the nasal mucous membrane and causes one to sneeze.

Even in case of the common cold, the mucus build-up in the nose stimulates the nasal mucosa to release histamine and cause you to sneeze.

It is inherited in an autosomal dominant manner and affects both men and women alike.

An affected individual has a 50% chance to pass on his/her ‘Achoo gene’ to each of their children.

Is the way you sneeze hereditary?

Sneezing is an uncontrollable reflex of our body.

The way or pattern of your sneeze cannot be learned on exposure to the environment and is often innate or hereditary.

The way you sneeze has a hereditary pattern.

Photic sneeze reflex is a type of sneezing reflex which is completely hereditary in nature.

Food products that trigger you to sneeze

Why does pepper make you sneeze?

Sniffing pepper and sneezing is commonly seen in most cartoons.

Well, even in real life, pepper does make you sneeze.

This is because pepper contains an irritant called piperine, which irritates the nose.

All types of peppers contain this alkaloid called piperine.

This piperine stimulates nerve endings inside the mucous membrane of the nose and precipitates sneezing.

By doing so, the nose wants to try and remove this irritant.

Can eating chocolate make you sneeze?

Yes, eating dark chocolate with a high percentage of cocoa can make you sneeze.

The exact reason why dark chocolate causes some people to sneeze is still unknown.

This is seen in only many individuals.

Is it normal to sneeze every day?

It is perfectly normal to sneeze and blow your nose less than 4 times daily.

Any number above this is considered to be rhinitis, which is an inflammatory condition of the nasal cavity.

You might like: Is It Time To Kick Histamine Out Of Your Diet? Check Your DNA Raw Data

Why is your sneeze really loud?

Sneezing often occurs due to an irritant that tickles the nerve endings in the nose.

The nerves send a signal tot he brainstem which automatically prompts the lungs to inhale deeply.

The vocal cords shut, the eyes close and air bursts out of the mouth and the nose.

Though the mechanism for a sneeze is the same in everyone, the loudness of the sneeze is based on one’s lung capacity and size of pre-sneeze inhale.

Can you sneeze with your mouth shut?

Yes, many people sneeze with their mouth shut, especially when they are very conscious about loud sneezing in public.

However, halting or blocking a sneeze by closing nostrils or mouth can lead to many complications like pneudomediastinum, eardrum perforation or rupture of nerves in the brain.

Is it normal for newborns to sneeze and cough?

Sneezing is perfectly normal when seeing in newborns.

Just like in adults, sneezing in newborns is a reflex. Newborn babies sneeze a lot because they have to.

They have smaller nasal passages and need to clean their passages frequently to be able to breathe properly.

They sneeze to get rid of dust, smoke, breast milk and anything that can irritate their small passages.

In fact, babies use sneezing as a natural defense mechanism to keep away germs and other irritants out of their system.

However, when your newborn sneezes frequently and has any of the following symptoms additionally, you need to make a visit to the doctor immediately:

Why do you sneeze twice in a row?

We sneeze to get rid of some irritant in our nose or nasal passage.

We often end up sneezing not once but at least twice in a row.

This happens when one sneeze isn't enough to remove the irritant from the nose.

In fact, sometimes it takes more than 2 sneezes in a row and you end up sneezing 3-4 times a row.

Can you sneeze in your sleep?

We never sneeze in our sleep.

The reason for this is Rapid Eye Movement atonia which occurs during certain periods of sleep.

Due to this, the neurotransmitters that are responsible for detecting allergens and precipitating a sneeze are also shut down.

As a result, one doesn't sneeze while sleeping.

However, sometimes when a large enough irritant enters the nose while sleeping and obstructs the regular breathing pattern in some way, the body immediately reacts to remove the irritant, in which case a sleeping person wakes up to sneeze.

What are the types of sneezes?

The way one sneezes is linked to one’s heredity.

How you sneeze is innate and cannot be learned or developed.

But, people do alter their sneeze especially when they are in a public place.

However, sneezes are of 4 types (based on a certain personality):

Sneezing is not contagious.

Looking at someone sneeze, as seen in the case of yawning, cannot make one automatically sneeze because sneeze is a reflex that occurs when there is an irritant in the nose.