A Novel Way To Analyze The Genetic Variants For Epilepsy 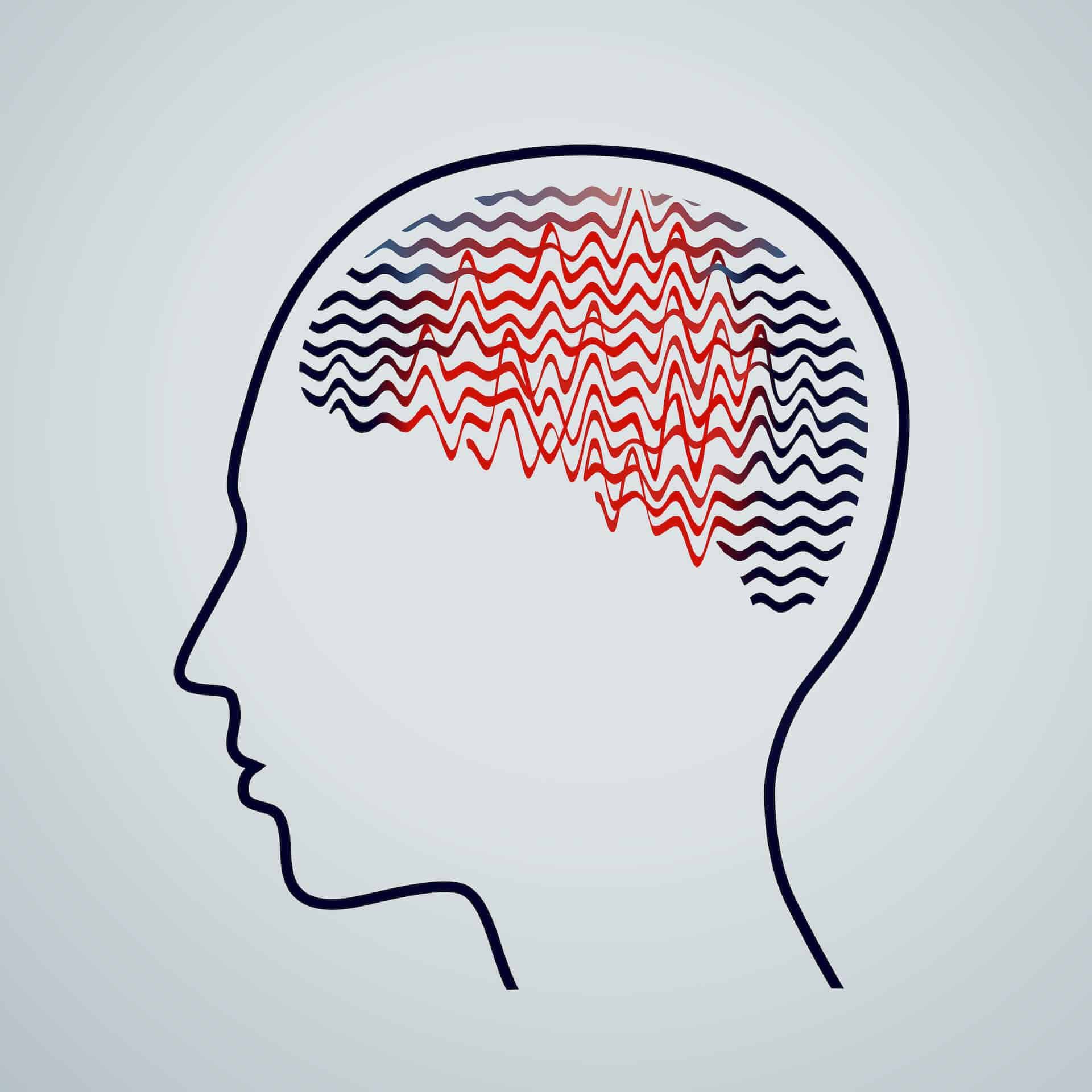 Seizures are the third most common neurological disorder after stroke and Alzheimer's disease, affecting about 50 million people worldwide. Seizures are temporary disruptions of brain functions.

It occurs due to abnormal, excessive neuronal activity, when the normal brain functions are hijacked.

If seizures are repetitive in an individual, it is a chronic condition called 'epilepsy'. The highest incidence of epilepsy is seen in young children and in the elderly.

Not all seizures are the same. Some may be accompanied by loss of consciousness, while others may not.

It is often difficult to distinguish between the episodic loss of consciousness and various types of seizures.

Though they can be of several types, broadly they are classified into two:

The other less known types are:

The many causes of seizures

The exact cause of seizures are unknown. Our brain has got restraint mechanisms in place to keep the electrical activity in check.

Sometimes, these are overridden by largely unknown mean, leading to seizures.

Several factors, may however, contribute to this:

While we're not exactly sure what causes seizures, it has been considered to be the 'price we pay for years of normal cortical function'

What causes epilepsy in children?

The following have been attributed to causing epilepsy in children:

The signs and symptoms differs based on the location and extent of brain region affected.

However, most seizures begin with a 'Jacksonian march', i.e. starts with localized symptoms, leading to convulsions and twitching followed by the loss of consciousness.

Other seizures types may manifest as individuals staring blankly for a few seconds without realization of what's happening.

A single seizure does not indicate epilepsy. It takes at least a couple of unprovoked seizures to be diagnosed as epilepsy.

Out new: Sleep 101: Everything you need to know for a well-rested night

Occurrence: Possibility of a sudden onset

Anybody can develop epilepsy.

According to the statistics, about 1 in 50 individuals develop epilepsy in their lifetime.

New cases of epilepsy are noted among children, particularly during those below one-year-old, and it gradually goes down until age 10.

Among older individuals, particularly those older than 55, the rate of occurrence starts to increase as people develop brain tumors, stroke or Alzheimer’s disease.

"It started, as it always does, with the rising feeling – the feeling of nightmares –crawling all up my body and paralyzing me so that I couldn’t call for help. Then the dread closed in all around me and everything went fuzzy and unreal. The seizure’s never the worst bit, though. The worst bit’s when I come to and I see the faces of the people I love" - Helen Stephen

During seizures, your brain undergoes bursts of electrical activity more than usual.

This can cause several symptoms depending on the type of seizure and the part of the brain which is involved.

Normal brain activities can also occur during a seizure.

You might be able to move, feel, see and do many things.

While seizures have a start, middle and an end phase, it might be difficult to categorize it sometimes.

When you experience more than one seizure, you might notice that they could be stereotypic, episodic and can also be unpredictable.

Common symptoms of a seizure include changes in your thoughts, the way you speak, vision problems, muscle changes, drooling, losing bladder controls, and trouble breathing.

Are all seizures epilepsy?

Not all seizures indicate epilepsy.

Normal EEG readings and lack of response to epileptic medicines can help distinguish between epilepsy and other seizure disorders.

Genetics: What DNA says about epilepsy

Epilepsies are highly genetic disorders. About 50% of the case occurrences have a genetic basis.

At present, more than 70 genes have been linked to epileptic phenotype.

However, most cases of seizures cannot be explained even on the recent surge in identification of epilepsy-genes.

The diagnosis of epilepsy

Upon reviewing your symptoms and medical history, your physician might order several tests to diagnose epilepsy.

The diagnostic test for epilepsy include:

Treatment: What are the different options?

There are several treatment strategies

About 80% patients respond to medication.

The remaining 20%, however, remain refractory.

Surgery is the treatment of choice for such patients.

Some of the anti-epileptic drugs include: Lacosamide, Rufinamide, Tiagabine, Diazepam, Phenytoin, Divalproex, Carbamazepine, Phenobarbital, and Valproic acid among many others.

Being in sync: Epilepsy and other conditions

Epilepsy is not a mental illness and majority of patients do not have psychological issues.

However, uncontrolled epilepsy can affect the individual psychologically.

More commonly, epilepsies can cause personality changes in an individual.

A switch in their emotional and behavioural state might occur.

Memory loss is also a common cause of worry in epileptic individuals.

Prior to the onset of a seizure, changes in mood like irritability or depression is not unusual.

Reduced libido, depression, psychosis, and paranoia can also occur as a complication.

They are, however, largely preventable.

Although epilepsy is not a psychiatric disorder, the dimension is vital for future research.

About 1 in 3 individuals develop the fear of seizures and constantly worry they might have an other attack soon.

Not only does anxiety occurs as a reaction to the diagnosis, but also does exist as a symptom of epilepsy and a side effect of the epilepsy drugs.

The study concluded that there is a genetic or environmental relationship between epilepsy and bipolar disorder.

It has also been suggested that biochemical, structural, and functional abnormalities in the primary bipolar disorder could occur secondary to epilepsy.

Another research conducted by the Bayer college of Medicine has reported that the gene associated with bipolar disorder controls the balance between brain excitation and inhibition is associated with epilepsy.

While schizophrenia is not a common complication, epileptic patients are at a 2.5 times increased risk for schizophrenia compared to the normal population.

The big question: Is epilepsy fatal?

This condition requires aggressive seizure management and general medical support because 30 or more minutes of continuous convulsive seizures leads to brain injury or even death.

Does a person remember having a seizure?

An individual having a seizure attack can remember what's happening to them during the onset if there is no loss of consciousness.

They cannot, however, react to it and move or speak until the attack ends.

Till date, we do not know exactly how a seizure terminates on its own.

Diet: When your food plays a role

While foods have not been shown to trigger epilepsy, people with the conditions are advised to avoid the following:

The helpful vitamins and seizures

Vitamins that reduce seizure frequency include vitamin B6 and vitamin E.

Also, supplementation with folic acid, vitamin B6, biotin, vitamin D, and L-carnitine may be needed to prevent or treat deficiencies resulting from the use of anti-convulsant drugs.

A Brazilian case study has reported a case of a man with partial symptomatic epilepsy experienced an increase in seizure frequency due to his heavy coffee drinking habit.

They also reported that once he stopped taking coffee, the frequency of his seizures had decreased dramatically.

Cannabis-based (CBD) oil has been reported to have prevented seizures in a patient who had experienced various treatment failures.

Doctors emphasize that CBD oil isn’t a miracle cure but that it can help eliminate or reduce epilepsy symptoms and also ease off side effects caused by other drugs.

The Texas Law permits only those with intractable epilepsy (where at least two other medications have failed to help) eligibility to be prescribed CBD oil.

While exercising helps improve overall health and well being, researchers have also found a link between exercises and reduction in the number of seizures in epileptic patients.

The medicines they take might cause side effects which might make it difficult for them to cope with work. But with proper management and support, patients can lead a relatively normal life. They may have to stay away from potential triggers of the condition though.

Being employed when epileptic

The Equality Act 2010 protects epilepsy patients from being unfairly treated.

The act covers them during a job application, interview process and continues to cover once they start working too.

The act implies that employers cannot refuse a job to an individual just because they have epilepsy.

However, to ensure safety, they must refrain from applying for jobs that involve driving, working at heights, working near open fire/water and work that involves unguarded machinery.

Have your DNA raw data from 23andMe, FTDNA, AncestryDNA, Or MyHeritage?

Upload it to Xcode Life for insights into 700+ health-related traits!

July 29, 2022
This has been really helpful for me
This has been really helpful for me. A while back I had gotten the nutrition report from Xcode and it really helped me understand certain aspects of my diet. Fast forward about two years and I am sluggish, irritable, tired, etc. I discussed it with my doctor and they ran some bloodwork. Turns out I'm deficient in some vitamins and needed to supplement. I went back and reread my xcode report and they are the exact same vitamins that the report told me I would need to supplement. Turns out I don't metabolize them as efficiently and need some additional help to meet my requirements. Overall, it was a really great experience and I look forward to ordering more of the reports.
Michelle Casterline

March 30, 2021
Very helpful and quick response time
Definitely worth the money! I had recently did the 23andMe testing and I've always been more curious on my MTHFR mutations, as it can be tied to many health issues. I came across Xcode Life where I could upload the raw data from 23andMe (which was very easy by the way) and get additional info. While I was doing it I decided to also get the Covid related test out of curiosity. I got the results the same day. I even had some questions and their customer service is on point. Extremely helpful and quick response time.
Rachel Reynolds

July 7, 2021
In-depth results
I was curious to see the health insights Xcode had to offer since the 23andme health reports were a bit lackluster. I ordered one health report from Xcode and received results within an hour. This specific report was more extensive than 23andme and came with a helpful guide. I definitely want to order more tests but the only issue is there’s so many to choose from.
Karpowicz Pawel