The DNA Blog » DNA and nutrition » Your Daily Cuppa Could Be Driving Your Anxiety: FAQ About Genetic Testing For Caffeine Sensitivity

Your Daily Cuppa Could Be Driving Your Anxiety: FAQ About Genetic Testing For Caffeine Sensitivity 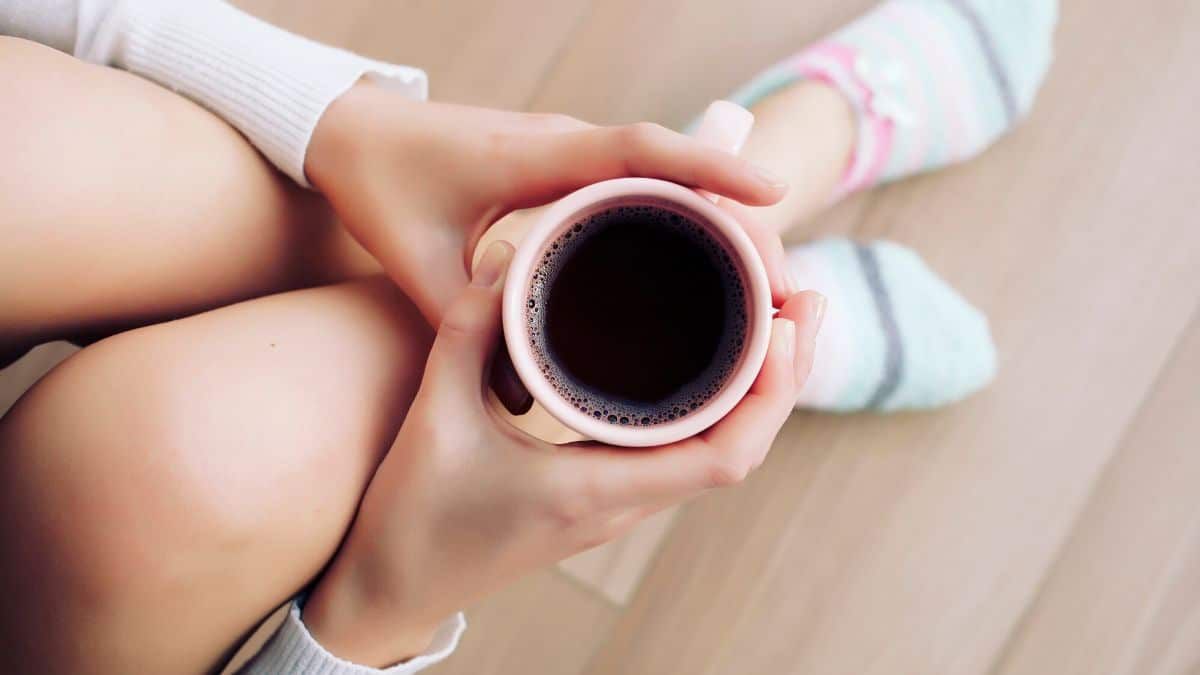 It is hard to believe that caffeine, a stimulant that holds popularity in battling fatigue and improving creativity, can do any harm.

Caffeine sensitivity is a term that describes the efficiency of the human body to process caffeine and to metabolize it.

We have all heard of co-workers who drink 6 cups of coffee, the recreational drink for nearly 60% of Americans, every day, and friends who guzzle a cup an hour before bedtime.

Yet there are some of us who feel jittery, anxious, or even restless after a single cup.

So, is caffeine a scourge, a tonic, or a mix of both?

Is coffee good for you?

For starters, coffee has a few benefits.

A large research study showed that Americans get more antioxidants from coffee than from any other dietary source.

Other studies have shown that there are several nutrients in a cup of brewed coffee, like Magnesium, Niacin, and Potassium, depending on the soil nutrients and the type of processing.

Adenosine is an organic compound that inhibits arousal and promotes sleepiness upon binding to its receptor.

Caffeine has a structure similar to adenosine and works as an adenosine receptor antagonist.

It competes with adenosine to bind to the adenosine receptor.

Though this can affect the quality of sleep among certain people, it could help in situations like driving at night or averting jet lag, where mental alertness is critical.

According to the U.S. Food and Drug Administration (FDA), 300 milligrams of caffeine are consumed every day by the average American. The Mayo Clinic states that drinking up to 400 milligrams per day is safe, which is approximately 4 cups.

A good cup of coffee is the most popular caffeine delivery mechanism that comes with a few health benefits like being a good source of antioxidants, warding off liver disease, and protecting against Parkinson’s.

The health risks and benefits have been understood, over the years, however, caffeine and metabolism, or the way in which our body processes the chemical, varies on several key factors.

Caffeine, an alkaloid, is also known as  1,3,7-trimetilksantin.

It is acidic in its pure crystalline form and is found in over 60 plant species.

The enzyme CYP1A2 is responsible for the metabolism of caffeine in the liver.

Due to potentially ineffective CYP1A2 enzyme activity, some people can experience issues like caffeine jitters after 2-3 cups of coffee per day.

Such slower metabolizers of caffeine may experience problems with blood pressure, headaches, etc.

The CYP1A2 gene regulates the synthesis of the enzyme, and small variations in this gene have an association with the efficiency of caffeine metabolism.

Some people have a genetic predisposition to produce very little of CYP1A2 enzyme while others may produce a large amount.

Approximately 10% of the population is found to be rapid caffeine metabolizers, which rates them high on caffeine sensitivity.

Approximately 10% of the population are found to be rapid caffeine metabolizers, which rates them high on caffeine sensitivity.

The polymorphism associated with caffeine metabolism is rs762551.

Studies have shown that individuals with AC or CC genotypes are slow metabolizers of caffeine.

These individuals have a high caffeine sensitivity.

They tend to have a slightly increased risk for heart attack upon consumption of more than 2 cups of coffee every day.

Individuals who have the A.A. genotype in the specific polymorphism of the CYP1A2 gene may be fast metabolizers.

These individuals have a low caffeine sensitivity.

A study conducted on 553 individuals found that people with this genotype had a 70% reduction in the risk of a heart attack on increased caffeine consumption.

What caffeine metabolizer gene variant do you carry?

8. How many cups of coffee should you consume? Genetic testing for Caffeine metabolism

The polymorphism in the CYP1A2 gene is well studied and is useful to determine the caffeine metabolism status.

This, in turn, can shine some light on the tendency to consume caffeine.

There are other well known 23andMe third-party tools, like Xcode Life, that can provide a better understanding.

Upload your 23andMe raw data to find out your caffeine metabolism status.

23andMe DNA raw data is the genetic information obtained after a genetic test, and it is usually provided as a text file.

This information can be downloaded after utilizing the 23andMe login provided to all 23andMe customers.

There is a wealth of information provided by ancestry DNA that can be used to identify a number of health and nutrition-based traits.

You can then upload your Ancestry DNA raw data onto our site to identify the caffeine metabolizer status.

12. Your genetic predisposition to consume caffeine

People of certain genetic types tend to have a genetic predisposition to drink more cups of coffee.

Identification of this tendency will help in moderating coffee consumption, taking into account the caffeine metabolism status of the individual.

After all, it would be good to know if you are prone to guzzling down a little too much, especially when your caffeine sensitivity scale is tipped at the wrong end.

September 15, 2022
So pleased I ordered the Methylation Report.
I’m so glad I confirmed once and for all about my MTHFR status. I had a raft of tests done last year by a practitioner which certainly pointed to under-methylation, including slightly elevated homocysteine, and other signs and symptoms, but the genetic testing they offered was extortionate. After completing my AncestryDNA I was able to upload my raw data file with Xcode Life at a very reasonable $20 and receive a report that was very easy to understand and which included details on some 42 gene SNPs in my profile relating specifically to methylation. My current health issues are moderate, not critical but I now have a concrete plan on how to go about lowering my homocysteine and checking it’s status every year as guide for health. Given my mother and both maternal grandparents had significant cardiac issues, this feels very prudent. I would definitely recommend Xcode Life as an economical option for unravelling one’s genetic markers.
Whitney Harper

May 10, 2021
Accuracy is spot-on
I have used Xcode for multiple reports and I would highly recommend the service for all friends and family. The accuracy is spot on, the cost is affordable and reports are delivered back very quickly. I was able to use my MTHFR report I did years ago for proper detox methods, and my most recent, covid reports, which I did for all my family members, to add awareness of how it might affect me.
Rabih Massri