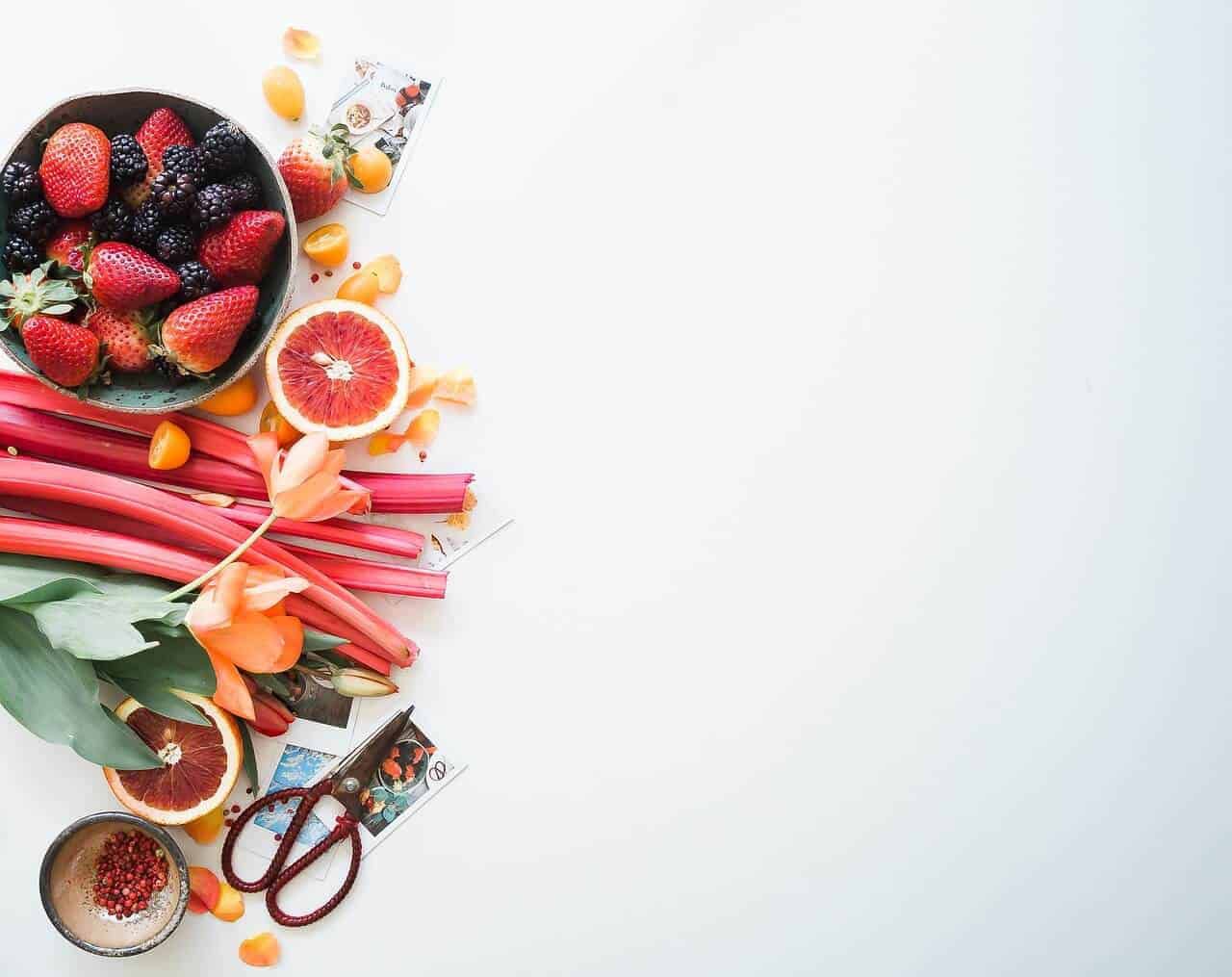 The FUT2 gene is located on the long arm of chromosome 19.

The FucosylTransferase 2 (FUT2) gene is associated with the synthesis of fucosyltransferase 2.

This enzyme found to attach the bacterium Helicobacter pylori to the gastric mucosa, which affects the absorption of vitamin B12 in the gut.

People with the A variant of the gene have been shown to be associated with increased secretion of FUT2 enzyme which increases the susceptibility of Helicobacter pylori infection.

What is vitamin B12 deficiency?

Vitamin B12 can be obtained from dietary sources like eggs, poultry, meat, fish, etc.

The normal levels of this vitamin in the blood is around 200-900 ng/mL.

Levels lower than this may indicate a vitamin B12 deficiency.

Vitamin B12 deficiency is very common in vegetarians, vegans and the elderly.

Symptoms of vitamin B12 deficiency

Some common symptoms of vitamin B12 deficiency include:

Pale skin with a slightly yellow tinge or color (jaundice)

In the absence or lower concentrations of vitamin B12, the red blood cell formation is incomplete and they become too large and fragile to move out of the bone marrow into circulation.

This condition is called megaloblastic anemia.

The high fragility of these red blood cells makes them more prone to breakdown, resulting in excess bilirubin formation which imparts a yellow color to the skin.

Ulcers in the mouth,  glossitis

This is one of the earliest signs of vitamin B12 deficiency.

Due to the deficiency, the tongue gets inflamed and the papilla appears red and smooth.

This gives the tongue a red, swollen and smooth appearance, a condition known as glossitis.

Oral ulcers are also commonly seen in those deficient in vitamin B12.

The RBCs carry oxygen to the body's cells.

Thus a reduction in its number directly results in a lower amount of oxygen being transported to the cells.

This can result in tiredness and fatigue.

The feeling of pins and needles in the arms and feet

Apart from RBC and DNA synthesis, vitamin B12 plays an important role in the formation and protection of the myelin sheath around the nerves.

This myelin sheath is needed for insulating your nerves and is also critical to your nervous system.

So, in deficiency or absence of the vitamin B12, there is a feeling of pins and needles felt in the arms, feet, fingers, and toes.

These symptoms are common when vitamin B12 deficiency results in anemia, where your body does not have enough healthy red blood cells to carry oxygen.

Low levels of vitamin B12 in the body have been linked to moodiness, irritability, anxiety and is common in conditions like schizophrenia, depression, and dementia.

Disturbances in the vision

This is a very rare symptom of vitamin B12 deficiency but can occur if left untreated for a long time.

The deficiency can lead to damage of the optic nerve and result in disturbed vision.

Deficiency of vitamin B12 is associated with:

In a study conducted on 1146 Indians, people with the G variants who were on a vegetarian diet were found to have a significantly lower level of vitamin B12 when compared with people with the A variant.

In another study conducted on nearly 3000 people, people with the A variant of the gene were shown to have 44.2 pg/mL higher concentrations of vitamin B12.

According to another study, a strong association was found between SNP rs492602 and vitamin B12 plasma levels.

Women who were homozygous with the G allele (GG) had higher concentrations of plasma vitamin B12 than those with other FUT2 genotypes (AG, AA).

How can this information be used?

It is important to choose an appropriate diet based on the genetic profile.

For people with G variant (Decrease in plasma Vitamin B12 level)

Likely decrease in plasma vitamin B12 levels. Vegetarians are likely to have further decreased levels.

For people with A variant (Normal plasma Vitamin B12 level)

Diet recommendation for vitamin B12 deficiency

Since our body does not make its own vitamin B12, the only way to get it is by food – animal-based foods, plant-based foods or supplements.

An average healthy adult must get 2.4 mcg of the vitamin daily. Foods that are a good source of vitamin B12 include:

How does vitamin B12 levels affect your body?

We now know that vitamin B12 is essential for our body.

We need it for production of red blood cells, synthesis of DNA and for the proper functioning of the nervous system.

But, how does vitamin B12 perform these functions? Let’s see.

Vitamin B12 plays an important role in the growth and maturation of the red blood cells, along with folic acid.

In the presence of vitamin B12, the red blood cells are able to divide, become smaller and squeeze themselves out of the bone marrow to get into circulation carrying oxygen to the different body cells.

In the absence of vitamin B12, the RBCs are still large in size and are unable to come out of the bone marrow.

They are also fragile.

Due to this, there is a decrease in RBCs and reduced oxygen transport across the body.

The RBCs are also very fragile and tend to disintegrate very easily.

The enzyme methionine synthase that converts amino acid homocysteine into methionine (needed for DNA methylation) needs methylcobalamin, one of the two forms of vitamin B12, as a cofactor.

The other form of vitamin B12 in the body, 5-deoxyadenosyl cobalamin, is a co-factor for the enzyme that converts I-methylmalonyl CoA to succinyl CoA.

This succinyl CoA is an important step in the metabolism of fats and is also required for the production of hemoglobin.

Recommended dietary allowance of vitamin B12

The daily average requirement of vitamin B12 is dependent largely upon the individual, gender, age, and physical condition.

Psoriasis is a chronic, inflammatory condition of the skin that is characterized by elevated itchy patches covered with thick silvery scales.

It commonly occurs on the knees, scalp, and elbows but can affect other parts of the body such as the trunk, and legs.

Psoriasis is a common skin condition and has a genetic component to it. It is not a communicable or infectious condition.

The main reason for psoriasis is the immune system, that triggers off an inflammatory response in the skin.

One type of T lymphocytes is responsible for the inflammation trigger, which results in the production of inflammatory chemicals that cause the skin cells to multiply and at the same time produce changes in small blood vessels of the skin.

Due to excessive skin cell production, it results in the formation of elevated scaly plaques that are characteristic of psoriasis.

Since it has a genetic basis, it can be inherited and often runs in families.

There are many foods and other environmental factors that trigger a flare-up of the condition.

There are different types of psoriasis based on their pattern and appearance but plaque psoriasis is the most commonly occurring variant.

Psoriasis, like most skin diseases, is difficult to diagnose and treat.

The signs and symptoms of psoriasis vary from person to person. However, some common symptoms seen in all psoriatic patients include:

Every patient undergoes a different combination of the above symptoms and often in cycles.

While in some weeks they have severe symptoms but others they are absolutely asymptomatic.

Sometimes, a trigger food or environmental factor can cause a flare-up of the symptoms.

The period during which the individual doesn’t have any symptoms is called ‘remission’.

The SNP rs492602 of the FUT2 gene on chromosome 19 is also linked with psoriasis.

The presence of the G allele increases one’s risk of developing psoriasis as compared to a person having the non-risk A allele.

While there are some specific foods that you can eat to prevent psoriasis, there are foods that one needs to avoid in their diet to avoid a flare-up of the condition.

These foods are called trigger foods.

Apart from trigger foods, some environmental factors and stress can also cause a flare-up.

Foods that you must include in your diet to prevent a psoriatic flare-up:

Foods that can trigger psoriasis flare-ups include:

Gallstones are the name given to solid particles that form in the gall bladder from bile salts, cholesterol, and bilirubin.

These stones can be of any size – from those as tiny as a grain of sand to as big as a golf ball.

These gallstones can be found as many smaller stones or one large stone.

There are two types of gallstones:

Gallstones within the gall bladder, especially when really small, do not cause any problems.

However, when these stones become bigger or block bile from leaving the gall bladder, they cause pain and other associated symptoms.

What are the causes of gallstones?

Gallstones form when bile or bilirubin begins to solidify within the gall bladder.

Some causes for this include:

Some risk factors that lead to the formation of gallstones include:

The presence of the G allele in the homozygous state in the SNP rs492602 is indicative of the high levels of vitamin B12.

A deficiency in the vitamin B12 levels is associated with an increased risk of gallstones.

Therefore, the presence of the A allele increases the risk of gallstone formation.

The A allele(non-secretor allele)in SNP rs601338 of FUT2 gene confers resistance to Norovirus by 2.5X in case of homozygous AA genotype as compared to AG and GG genotypes.

The presence of the A allele also confers susceptibility to metabolic diseases, including Crohn’s disease.

The A allele of the SNP rs602662 indicates higher levels of vitamin B12 but also with increased risk of Crohn’s disease, and therefore increased chances of gallstone formation.

The A allele of the is associated with an increased risk of Crohn’s disease and the risk being higher in homozygous AA genotype.

There are no specific dietary precautions or must-haves that have been linked to gallstones.

What is Crohn’s disease?

Crohn’s disease is a type of inflammatory bowel disease (IBD) that is characterized by inflammation of any part of the gastrointestinal tract, but mainly the small intestine.

It can also affect the skin, eyes, and joints.

The disease can be quite debilitating and can be life-threatening in most cases if the early symptoms are not treated in time.

What are the first signs of Crohn's disease?

Crohn’s disease mostly presents in youngsters between 20-29yrs of age with some even presenting symptoms as early as 15 yrs of age.

Some early signs and symptoms include:

What are the 5 types of Crohn's disease?

Crohn’s disease is a part of a group of diseases called IBD or inflammatory bowel disease.

Based on which part of the digestive system it affects, Crohn’s disease is of five types: