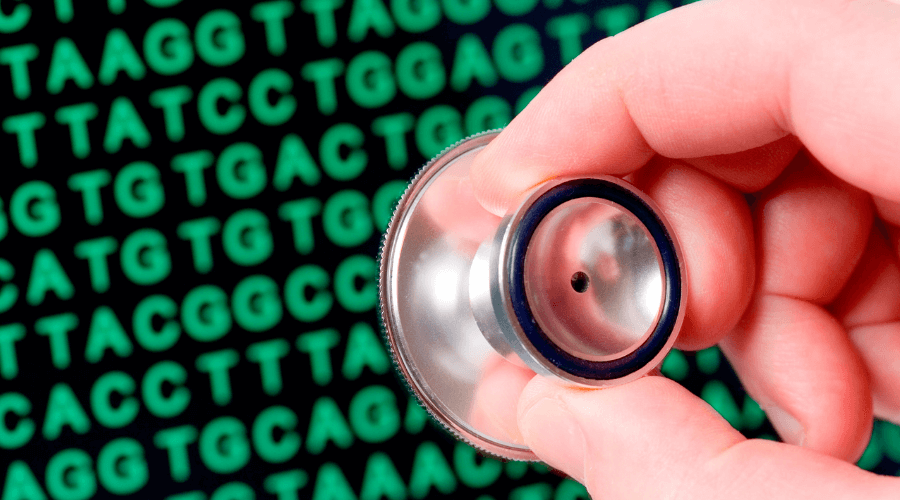 The name “BRCA” is an abbreviation for the “BReast CAncer gene.” BRCA1 and BRCA2 are two different genes found to impact a person’s chances of developing breast cancer.

Despite what their names might suggest, BRCA genes do not cause breast cancer. These genes normally play a big role in preventing breast cancer.

The BRCA genes carry instructions for the production of proteins that are responsible for preventing uncontrolled cell growth. These proteins are called tumor suppressor proteins. If these proteins do not function properly, it results in uncontrollable growth of cells, which may end up being cancerous.

The BRCA proteins also help repair damaged DNA, thereby maintaining the stability of genetic information. DNA damage can occur due to errors during the DNA replication process or by environmental agents like UV or ionizing radiation.

Certain changes or mutations in the BRCA genes prevent the proteins from doing their job properly and may lead to uncontrolled cell division, increasing a person’s risk of developing cancer. These genetic changes are called harmful or pathogenic variants.

About 1 in every 500 women in the United States has a mutation in either her BRCA1 or BRCA2 gene.

Inherited mutations in the BRCA1 gene are responsible for about 40-45% of hereditary breast cancers.

BRCA2 germline mutations, which are mutations inherited from either parent, are seen in approximately 35% of families with incidences of early-onset breast cancer in their women.

Harmful variants in the BRCA1 gene are also linked to a risk of fallopian tube (tubes that connect the ovaries to the uterus) cancer, primary peritoneal cancer that occurs in the lining of the abdomen, pancreatic cancer, and prostate cancer. However, the risk of developing these types of cancer is lower than that of breast cancer.

The likelihood of carrying an inherited mutation in BRCA1 or BRCA2 varies across different ethnicities. In the general population, BRCA mutation(s) can be seen in about 1 in 400 people. This number increases to 2 in 100 in people of Ashkenazi Jewish descent. The mutations found in this population are usually one of three FDA-approved variants.

Different population groups also carry different variants - for example, African Americans carry a particular variant in the BRCA1 gene that is not found in the other ethnic groups in the U.S.

Reducing Your Risk For Breast Cancer