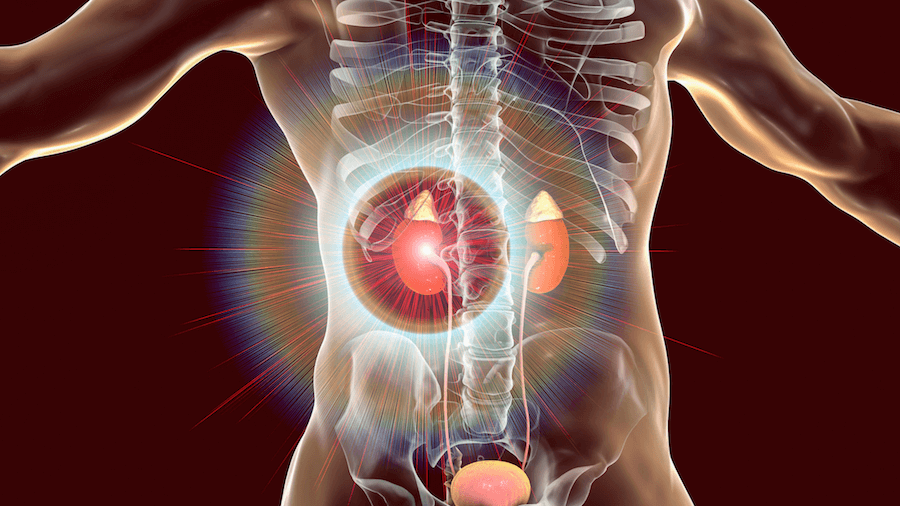 What is Addison's Disease?

Addison's disease is an adrenal insufficiency disorder in which the adrenal glands do not make a sufficient amount of a few hormones, including cortisol.

This disorder can occur in people of all ages and genders.

Since levels of essential hormones like cortisol are lower, Addison's disease can be life-threatening.

Addison's disease is considered an autoimmune disorder as it occurs due to the improper functioning of the immune system that results in attacking the adrenal glands.

This affects the hormone production by the adrenals.

Check your 23andMe raw data for variants in Addison's Disease

Symptoms and Causes of Addison's Disease

A few common symptoms of Addison's disease are:

Other symptoms of this disorder include:

Some people with Addison's disease may have darkened skin that is more visible on scars and folds of the skin.

Since Addison's disease develops slowly over a long period, minor changes and symptoms are often overlooked.

If you feel any of the symptoms of Addison's disease mentioned above, visit your doctor for an evaluation and prompt treatment to avoid an adrenal crisis.

Addison's disease occurs when immune system cells attack and damage the outer part of the adrenal gland (called the cortex).

When over 90% of the adrenal cortex is damaged, the gland cannot produce sufficient hormones, resulting in Addison's disease.

It is still unclear why people develop this autoimmune disorder, but researchers speculate this disease may run in families.

Other causes of Addison's disease are:

Besides familial history, researchers also indicate that a few genes may increase an individual's risk for Addison's disease.

Studies show that the most common genes associated with Addison's disease belong to the human leukocyte antigen or HLA complex.

The HLA complex genes help the body's immune system differentiate between the body's proteins from those made by viruses and bacteria.

The most well-known risk factor for Addison's disease is a variant of the HLA-DRB1 gene, also called the HLA-DRB1 *04:04.

This variation of the HLA-DRB1 gene results in an abnormal immune response, damaging the adrenal cortex and causing Addison's disease.

The exact mechanism of how this gene damages the adrenal cortex is still unknown.

Learn About Polyglandular Autoimmune Syndrome, Type 1 (involving the skin, the parathyroid glands, and the adrenal glands) With The Carrier Status Report.

Based on symptoms, if the doctor suspects Addison's disease, they may take a detailed medical and familial history.

They may also screen for skin discoloration in areas such as:

The doctor will also check your blood pressure for hypotension, especially when you change position.

Diagnostic tests for Addison's disease include:

The most common and effective treatment for Addison's disease is hormone replacement therapy.

This treatment corrects or restores the steroid hormone the body is not producing adequately.

Other tips for managing Addison's disease include:

July 29, 2022
This has been really helpful for me
This has been really helpful for me. A while back I had gotten the nutrition report from Xcode and it really helped me understand certain aspects of my diet. Fast forward about two years and I am sluggish, irritable, tired, etc. I discussed it with my doctor and they ran some bloodwork. Turns out I'm deficient in some vitamins and needed to supplement. I went back and reread my xcode report and they are the exact same vitamins that the report told me I would need to supplement. Turns out I don't metabolize them as efficiently and need some additional help to meet my requirements. Overall, it was a really great experience and I look forward to ordering more of the reports.
Brooke Dawe

June 25, 2021
Wonderful experience
I had such a wonderful experience with Xcode Life! It was super quick and easy to use and I received a TON personalized information. Definitely worth spending the money to receive all the available reports!
Karpowicz Pawel