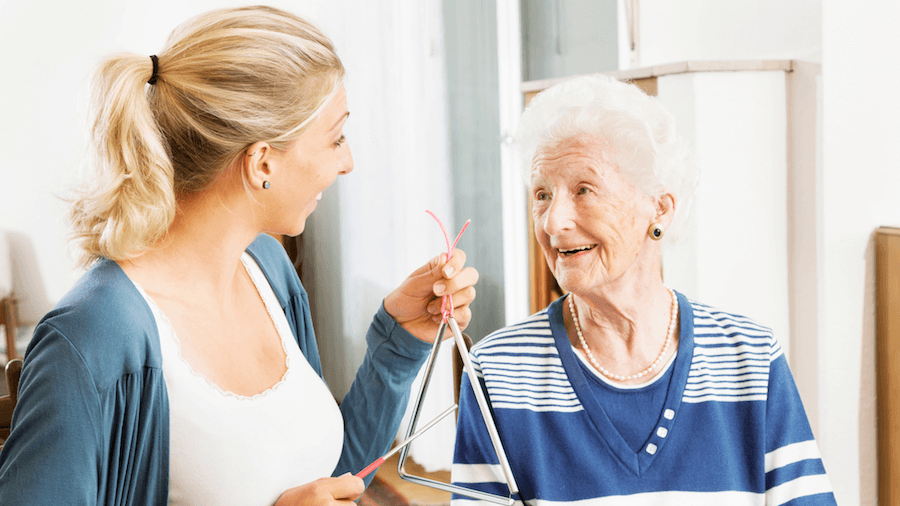 Researchers have identified a number of genes associated with Alzheimer's disease.

While some genes increase your risk for developing Alzheimer's (risk genes), others are causal (deterministic).

In the sample report below, we've attempted to analyze some important genes that increase the risk for Alzheimer's.

You can identify your genetic risk of Alzheimer's by using your 23andMe DNA data and placing an order for the Gene Health Report.

What is Alzheimer's Disease?

According to the Alzheimer’s Association, Alzheimer’s disease is “a type of dementia that causes problems with memory, thinking and behavior.”

The disease is named after Dr. Alois Alzheimer, who first described it in 1906.

It is caused due to a combination of different factors.

The risk for Alzheimer's disease has a genetic component to it.

While there is no current cure for Alzheimer’s, treatments are available to help manage the symptoms.

What are the Types of Alzheimer's Disease?

There are two types of Alzheimer’s Disease: early-onset and late-onset.

Early-onset Alzheimer’s is a rare form of the disease that typically affects people in their 40s and 50s.

Late-onset Alzheimer’s is the more common form of the disease and typically affects people over the age of 65.

Both forms of Alzheimer’s are progressive, meaning they worsen over time.

The cause of Alzheimer's is still largely unknown, but scientists believe it is linked to a combination of genetic, lifestyle, and environmental factors.

One of the main theories behind the development of Alzheimer's disease is the build-up of abnormal proteins (amyloid plaques and tau proteins) in the brain.

This build-up damages the nerve cells and prevents them from communicating with each other.

When the brain cells get affected, the levels of neurotransmitters or brain chemicals used to send messages in the brain decrease.

One of these brain chemicals, called acetylcholine, is involved in learning and memory.

In the brains of people with Alzheimer’s, the levels of acetylcholine are lower.

As there is more and more plaque build-up, the brain cells die, causing the brain to shrink.

Although there is no cure for Alzheimer's, treatments are available to help slow its progression and improve the quality of life for those with it.

Both types of Alzheimer’s have a genetic component to it.

While some genes increase the likelihood of a person developing the condition, others guarantee disease development.

Most people with Alzheimer’s have the late-onset type.

The most commonly identified gene for this type is the ApoE gene, which is involved in making a protein that helps carry cholesterol and other types of fat in the bloodstream.

ApoE comes in different forms determined by the alleles e2, e3, and e4.

About 25 percent of people carry one copy of APOE ɛ4, and 2 to 3 percent carry two copies.

Some other genes that influence late-onset Alzheimer’s risk are (list not exhaustive):

10% of all people with Alzheimer’s have the early onset type.

Research has identified 3 genes associated with this condition.

It is present throughout the body, mainly in the brain and spinal cord.

This protein is important for brain development and helps nerve cell movement and communication.

10-15% of early-onset Alzheimer’s is due to mutations in the APP gene.

The PSEN1 gene contains instructions for producing presenilin 1, a protein that is a part of a larger complex called the gamma-secretase.

This complex plays a role in the fragmentation of proteins, especially the amyloid precursor protein.

Mutations or changes in the PSEN1 gene can result in abnormal chopping of the APP, resulting in amyloid plaque buildup, an important cause of Alzheimer’s.

The PSEN2 gene produces presenilin 2 and works in a similar fashion to the PSEN1 gene to contribute to Alzheimer’s risk.

Is there a Treatment for Alzheimer’s?

There is no cure for Alzheimer’s disease; however, there are medications that can help to slow the progression of the disease and manage symptoms.

The U.S. Food and Drug Administration (FDA) has approved several medications for treating Alzheimer’s, including cholinesterase inhibitors and memantine.

July 7, 2021
In-depth results
I was curious to see the health insights Xcode had to offer since the 23andme health reports were a bit lackluster. I ordered one health report from Xcode and received results within an hour. This specific report was more extensive than 23andme and came with a helpful guide. I definitely want to order more tests but the only issue is there’s so many to choose from.
Scarlato Barros