The DNA Blog » Genes and Personality » Are Driving Skills Genetic? 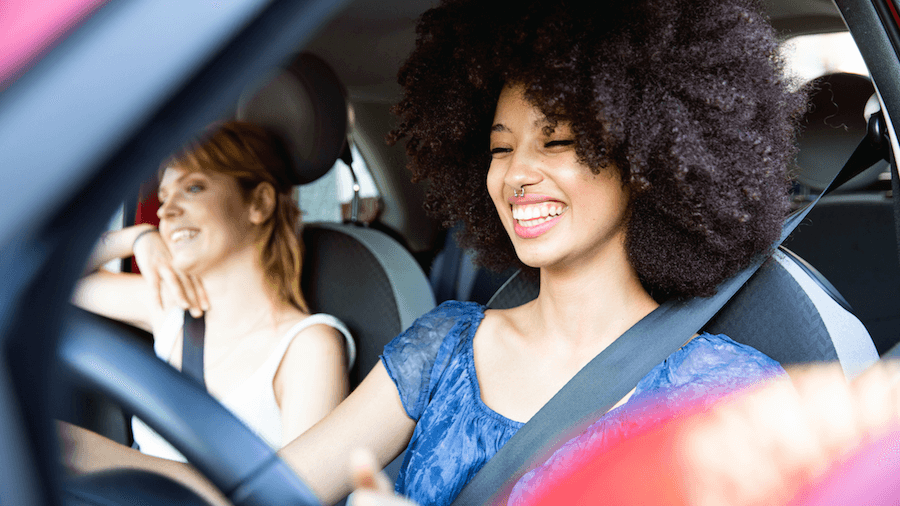 Almost every other day, we come across drivers who just cannot seem to pick a lane.

Or motorists who love to erratically cut us off without using turn signals, leaving us all wondering, “who in the world taught them how to drive!”

However, for some, driving comes naturally. They can parallel park with ease and change lanes without a second thought.

So, what explains this difference? Are driving skills genetic?

Well, it turns out that some people are just born drivers, and it’s their genes that need to be blamed!

How Do Environmental And Lifestyle Factors Affect Your Driving Style?

Like most other traits, driving too is heavily influenced by your surroundings.

Firstly, it depends on your training as a driver - whether you were trained in a good motor training school by a skilled driving teacher.

To become a good driver, you not only need to acquire a certain skill set but also practice them to gain perfection.

Films and movies are also a big influence on young people.

Rash and reckless driving are often promoted in films, and safe driving is considered uncool.

Young people who mimic actors and follow their styles and behaviors on screen are often influenced by this.

A history of road accidents can also affect your driving style.

It may induce fear and apprehension during driving in some people.

This can affect their ability to make quick decisions and hamper their judgments.

While such external factors impact your driving skills to an extent, certain

Learn More About How Genes Affect Your Personality and Behavioral Traits

The BDNF Gene and Driving

The BDNF gene contains instructions for producing a protein found in the brain and spinal cord called the brain-derived neurotrophic factor.

This protein is critical for the growth and differentiation of brain cells.

BDNF also supports a person's memory by regulating communication between brain cells and keeping them in peak shape.

When driving, BDNF is secreted in the particular brain region involved in support activities surrounding driving.

If the BDNF gene has any errors, then BDNF protein secretion may be lower.

Thus, your brain may not be able to support the activity you’re involved in at its best.

If this happens in the area that controls driving, you may not be able to remember information regarding driving well and thus may drive poorly.

According to this study, led by Dr. Cramer, a neurology professor at the University of California Irvine, those with a common genetic change scored 20 percent worse in a driving simulator than their counterparts.

The study included 29 subjects who were tested in a driving simulator.

With the simulator, the subjects had to steer the car centered along a black line with their hands in the 10-2 position.

They had to steer to turn the car before the screen actually changed.

The tests were conducted over the course of 15 laps, during which all subjects showed improvement in their driving.

The T allele variant, also known as the Val66Met, causes a lower production of the BDNF protein.

This results in the stimulation of a minor part of the brain during certain types of activity, such as driving.

Dr. Cramer mentions, “Those with the T allele make more errors  from the get-go, and they forget more of what they learned after time away.”

But there also seems to be an upside to carrying the Val66Met variant.

Studies report a beneficial effect of this variant on cognition in people with Parkinson’s disease, Huntington’s disease, lupus, and multiple sclerosis.

Like most human traits, driving is a trait that comes naturally to some people.

While these people drive like they were born to do it, others struggle to simply stick to a lane.

Turns out, certain genes influence whether you shape up to be a good or bad driver.

The BDNF gene that supports communication between brain cells is one such example.

The T allele variant of this gene, also known as the Val66Met variant, results in lowered production of the BDNF protein.

This is associated with reduced brain stimulation in certain instances, such as driving, making some people naturally bad drivers than others.

July 2, 2022
Go there, they are the best!!!
Wonderful place to get an analyze of your DNA. It can take some time, but the details you get are OUTSTANDING!! This is brilliant service. Great customer service as well. I love this place and can only recommend everyone to take this. Worth the wait, worth the result and gives you answers to your life. Do not hesitate, go here, let them analyze your DNA, top notch service!!!
Chelsea B

August 7, 2022
Highly recommend for cutting edge research
Although sceptic of any third party genetic research company, I referenced all of the results I received with my raw data and the scientifically reported papers and they all were accurate in both my genome and scientific results. I appreciate the work being done by this company and the resources they provide.
Brooke Dawe