The DNA Blog » Genes and Personality » Fear Of Pain: How The DNA Influences Your Perception Of Pain

Fear Of Pain: How The DNA Influences Your Perception Of Pain 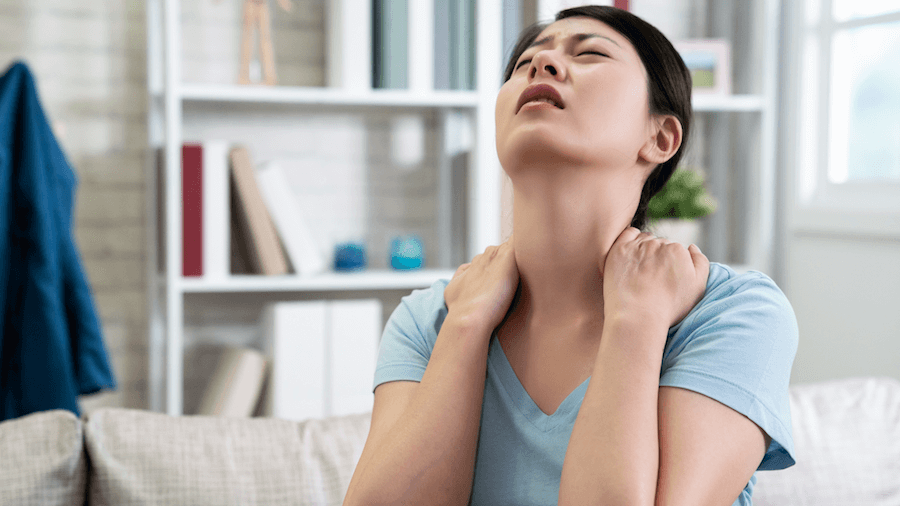 How Does Fear of Pain Influence How You Experience Pain?

The anxiety or anticipation of fear may make one more sensitive to pain, and this phenomenon is common in people with chronic pain.

Fear sets off a fight or flight mode in the brain.

When we are under fear, the body transfers its healing abilities to fight the possible danger.

In this situation, it is natural for us to become hypervigilant, and we begin perceiving even the slightest sensations more intently.

Each of us responds to pain differently.

Fear and anxiety about pain may influence an individual’s variation in how much they feel pain.

Most people develop a negative feedback loop around pain based on what they hear, see, or experience.

These stimuli, such as smell, sound, weather, or images, act as triggers, and the individual begins to react to them negatively.

Depending upon the grade or severity of fear, people may experience a rise in blood pressure, tense feelings in the body, etc.

The Impact of Fear on our Brains

Fear activates a part of the brain called the amygdala.

The amygdala is responsible for processing emotions and triggers the ‘fight’ or ‘flight’ response.

Constant worry and anxiety affect the individual’s cognition and emotions.

In a way, fear takes over the brain’s functioning, and we are mentally or physically hostages of this fear.

Image: Parts of the brain involved in fear response

How Does Genetics Influence Fear of Pain?

Though fear originates and is primarily influenced by the brain, your genes may also have a role to play in it.

Many specific genes, interactions between genes and environment, and biological pathways have been associated with pathological fear and anxiety disorders.

A study conducted to understand the fear of dental pain showed that while dental fear was 30% heritable, the fear of pain was 34% heritable.

A GWAS (genome-wide association study) was carried out in 2017 that included 990 individuals to dig more into the heritability and genetics of fear of pain.

This study aimed to identify the genes that could potentially drive the heritability of fear of pain.

Numerous other genetic associations were observed for general fear of pain, fear of severe pain, and fear of medical/dental pain.

The researchers identified the following genes near the genetic loci associated with fear of pain:

The transmembrane protein 65 (TMEM65) gene was particularly interesting as it was associated with musculoskeletal pain in humans (pain due to muscle or bone injury).

This gene is also implicated in abnormal pain threshold and predisposition to neuropathic pain in rats.

Neuropathic pain can happen if your nervous system is damaged or not working correctly.

The NEFM and NEFL genes are also of interest since they regulate neuronal functioning, especially motor neurons.

Motor neurons are a type of brain cell located within the spinal cord and the brain.

Hence, these two genes may be related to the pain experience.

Recovering From Fear of Pain

The fear of pain is a combination of genetic and environmental factors.

There is no way to prevent fear of pain.

People with a greater fear of pain must find ways to alleviate this fear to live normal, productive lives.

Yoga, meditation, breathing techniques, visualization, and mindfulness activities are great examples of simple exercises you can do from the comfort of your home.

For people who require professional help for their pain-related fear, cognitive behavioral therapy, exposure therapy, and physical exercises may be helpful.

Exercise and fitness activities release serotonin and other chemicals in the brain that improve your mood and enable you to manage pain effectively.

With the right treatments, most people can manage their fear of pain.

March 14, 2022
I’m so glad I found Xcode!
Wow! The amount of data and reports that you get after just an hour’s wait is immense! I finally have some answers I always wanted from my original dna company (ancestry). All I had to do is upload the data and after a short wait I received all of my reports. If you are unsure of which package to buy - do the biggest - it is so worth it!
Bethany Jackson

May 29, 2022
Useful 23 & Me Upgrade
Uploaded 23 & Me data, got carrier & MTHFR results in ~1hr, alerted me to unknown concern to discuss with doctor.
Scarlato Barros