The DNA Blog » Genes and Personality » Is Extraversion genetic? 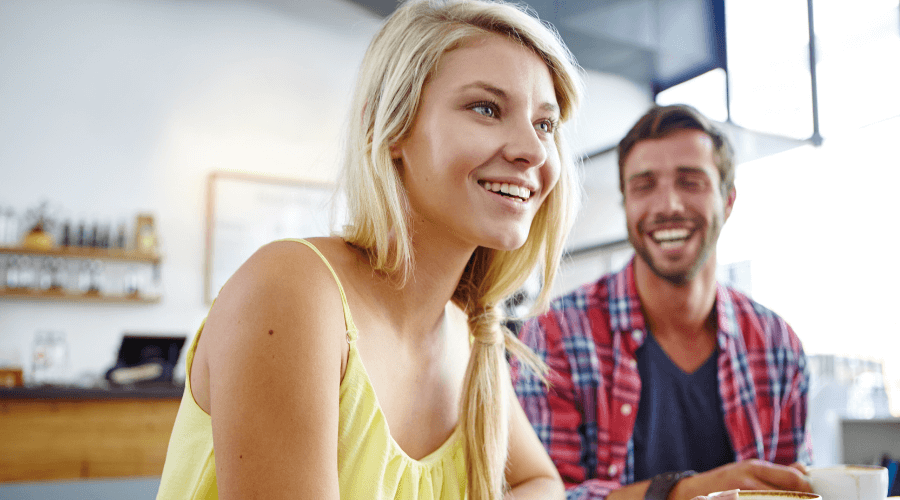 Extraversion is one of the big 5 personality traits that are considered the core or center of human behavior. Extraversion or extroversion is a behavior that makes a person outgoing, social, and fun to be around. People who are the life of parties and easily make friends wherever they go are considered extroverts.

An extrovert feels happy and gets more energetic around other people. The opposite of extroverts are introverts who prefer to be on their own and avoid company if they can.

Extroversion and introversion are two extreme ends of a graph. People are not complete extroverts or introverts. They are spread out all through the graph. Depending on which side of the graph they lean towards, they are categorized as extroverted or introverted.

Why Are Some People Extroverts and Others Aren’t?

Hans Eysenck was a very popular psychologist who researched deeply on personality traits, especially extraversion and introversion. According to him, changes in the brain pathway make a person an extrovert or an introvert.

He mentions that extroverts have lowered ability to respond to stimulation when compared to introverts. Extroverts needed more stimulation to get excited while introverts get stimulated easily, and hence they had to look for this ‘extra stimulation’ outside from people around. (https://pubmed.ncbi.nlm.nih.gov/8421248/)

Another study concluded that people who are extroverts are motivated by social stimuli (a social event, agent, or situation that requires a response from the individual) and genuinely enjoy them, while others are overstimulated by the same level of social stimuli and try and avoid them. (https://www.ncbi.nlm.nih.gov/pmc/articles/PMC3129862/)

Genetics And Its Effects On Extraversion

The ZNF180 gene (Zinc Finger Protein 180 gene) is responsible for zinc coordination in the body. Changes in this gene are known to increase/decrease the rate of extraversion.

rs644148
rs644148 is a single nucleotide polymorphism or SNP in the ZNF180 gene. The G allele of the SNP rs644148 of this gene is associated with an extraverted behavior when compared to the T allele.

The 5-HTTLPR gene produces a type of serotonin (happy hormone) transporter. Changes in this gene are also associated with changes in personality traits, including extraversion.

rs25531
rs25531 is an SNP in the 5-HTTLPR gene. The A allele of this SNP decreases extraversion behavior when compared to the G allele .

Women score slightly higher than men when it comes to extraversion. This could be because women handle factors relating to being an extrovert like warmth, a positive outlook, and gregariousness (a love for companionship) better than men.

The level of extraversion seems to decrease with age. A particular study analyzed extraversion in people of different age groups with a sample size of around 14,000 British individuals aged between 16 and 81. The study concluded that extraversion was seen the highest in people aged 16-21 and slowly decreased as individuals got older.

Growing Up With Siblings

A small study analyzed the effects of being a single child vs. having siblings on the big five personality traits. The sample size of the study was 60, and Indian adolescents aged 13-18 were considered samples.

According to the study, people who grow up with siblings showed higher levels of extraversion when compared to single children.

A large inter-geographical study done across 56 nations tried to understand the cultural and geographical differences in the Big Five Personality traits.

Characteristics Of People With High and Low Levels Of Extraversion

Recommendations To Manage Levels of Extraversion

A potential problem with high levels of extraversion is that people love talking and hence end up listening lesser. This can cause problems with social and personal relationships. You can make extraversion your strength if you learn to listen more and engage in active communication.

[Many studies indicate that extroverts make more spur-of-the-moment decisions without worrying about the outcomes when compared to introverts](https://www.sciencedirect.com/science/article/abs/pii/S0191886920300301. This can lead to bad decisions affecting their quality of life. Start by analyzing the good and bad of a decision and consider the possible outcomes before you make decisions. Such well-thought-out decisions are called utilitarian decisions and are advantageous for extroverts.

Be Aware of Distractions

Distractions are very common with extroverts and can prevent them from doing a job well. Be aware that as an extrovert, you are more prone to distractions and find ways to manage this. Here are few strategies that can help:
- Create a routine and follow it
- Reduce social interaction if you think that distracts you
- Keep a ‘to-do list’ for everyday tasks based on the priority
- Have a couple of ‘no social’ days to internally reflect and finish your backlogs