The DNA Blog » Genes and Personality » How Genes Influence Your Agreeableness

How Genes Influence Your Agreeableness 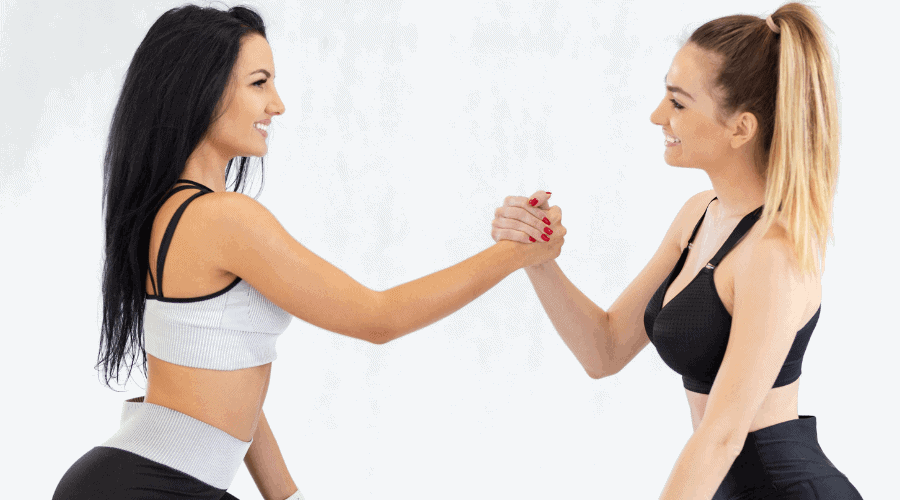 Agreeableness is one of the five major personality traits that are associated with human behavior. Agreeableness is the ability of a person to be harmonious (agreeable) with the people around. People who are agreeable are often seen to be warm, kind, and pleasant to interact with.

Agreeableness improves interpersonal relationships and results in a satisfactory life.

Agreeableness is a superordinate trait. It means that there are a lot of sub-traits that are grouped under this major trait. Below is a list of 6 sub-traits that form a part of agreeableness.
- Trust
- Altruism
- Straightforwardness
- Modesty
- Compliance
- Tender-mindedness

Empathy is the ability of a person to feel other people’s emotions. Agreeableness is positively associated with empathy. Studies conclude that people who show high agreeableness are able to be more empathetic too.

Altruism is a behavior where people put other’s happiness forefront and derive joy out of it. Altruism is a very important trait needed for the upliftment of the community and is also positively associated with agreeable people.

Trust is the ability to depend, believe, or confide in another person. Being agreeable makes it easy for a person to trust people around.

The results of three individual studies were analyzed, and the effects of agreeableness on interpersonal relationships and satisfaction were studied.

All studies concluded that agreeableness was positively related to everyday satisfaction and relationship satisfaction.

People who are agreeable try their best to avoid confrontation and hence prefer cooperation over-aggression or anger.

People who are more agreeable show higher levels of modesty.

Lowered levels of agreeableness are also associated with an increased risk of mortality.

The Influence Of Genetics On Agreeableness

The CLOCK gene (Circadian Locomotor Output Cycles Kaput gene) helps control the body’s internal clock and regulates sleeping and waking up times.
Since the sleep cycle is very important in regulating metabolism and other psychological functions in the body, it also plays a role in changing people’s behaviors.

rs6832769
rs6832769 is a single nucleotide polymorphism or SNP in the CLOCK gene. The major A allele of this SNP is associated with less agreeability behavior than the minor G allele.

rs806366
rs806366 is a single nucleotide polymorphism or SNP in the CNR1 gene.
The major C allele of this SNP is associated with higher levels of agreeableness when compared to the minor T allele.

Women score higher in levels of agreeableness than men and show traits like warmth and tender mindedness.

Characteristics of People With High Agreeability

Characteristics of People With Low Agreeability

Achieving the Right Level Of Agreeableness

Getting Your People-Pleasing Nature Under Control

Pollyanna Myth is a tendency where people remember positive things better and more accurately than negative things. The results of four individual studies show that people who are more agreeable go through extremes of the Pollyanna Myth.

Studies suggest that people who are very agreeable tend to become group-thinkers. These individuals cannot make their own unique decisions in a group and may not become effective leaders.

If you are very agreeable, be a part of smaller groups where you are not coerced into making a decision that the group agrees to. Smaller groups work better for people with high levels of agreeableness and encourage them to take independent decisions more confidently.

May 30, 2021
Finding out random genetic variations
Finding out random genetic variations you might be predisposed to. It gives out likely or unlikely expressions you might have. I got the health, fitness and nutritional pack and I saw confirmations of experiences that I've uncovered about myself, like having unordinary grip strength. It's neat to have this kind of validation and proof! I plan to reference my xcode pdfs since there's a lot to digest! I find the vitamins my body would likely prefer to be my favorite part of it. I want something more definitive to understand myself, like not what's "likely", but genes are complicated and xcode just provides what's likely and that's ok. What I would prefer is probably a whole other complex science. It was worth it.
Allie Casares

July 7, 2021
In-depth results
I was curious to see the health insights Xcode had to offer since the 23andme health reports were a bit lackluster. I ordered one health report from Xcode and received results within an hour. This specific report was more extensive than 23andme and came with a helpful guide. I definitely want to order more tests but the only issue is there’s so many to choose from.
Whitney Harper

August 7, 2022
Highly recommend for cutting edge research
Although sceptic of any third party genetic research company, I referenced all of the results I received with my raw data and the scientifically reported papers and they all were accurate in both my genome and scientific results. I appreciate the work being done by this company and the resources they provide.
Scarlato Barros