The DNA Blog » Genes and Personality » Is Neuroticism Genetic? 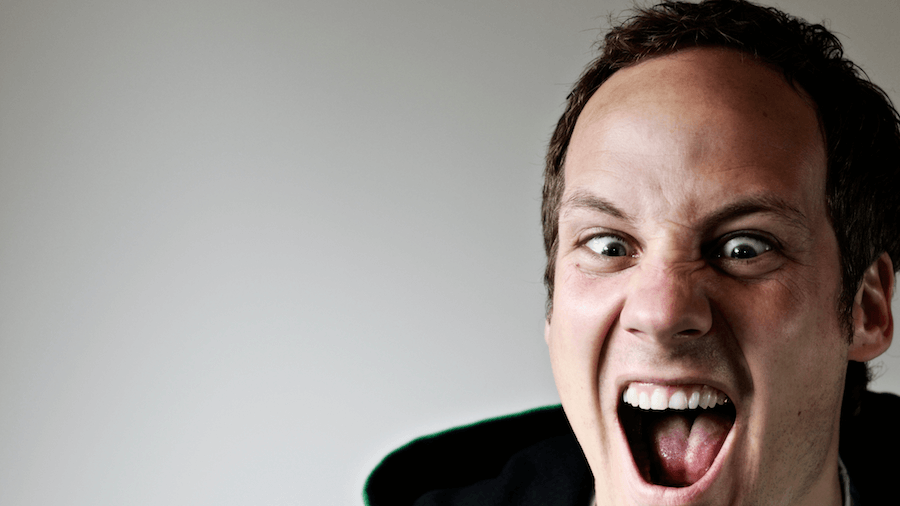 Neuroticism is a negative personality trait that reflects an individual’s emotional stability.

People with this trait find it difficult to control their emotions, have poor self-regulation, and have trouble dealing with stress.

Individuals who are neurotic also become easily aroused or stimulated and find it difficult to calm themselves down.

Neuroticism is considered one of the ‘Big Five personality traits with extraversion, openness, conscientiousness, and agreeableness.

Common neurotic traits that are observed in people at the higher end of the spectrum include:

Due to the unpredictability and a tendency for negative behavior among people with neuroticism, they may find it difficult to maintain relationships, especially marital ones.

Few reasons why people with neuroticism may rattle those around them:

These genetic links indicate an individual’s tendency to develop neuroticism.

How Does Our DNA Influence How Neurotic We Are?

Though several places in our genes may contribute to neuroticism traits, only 15% of neuroticism is determined by genetics.

This means the remaining 85% is influenced by the environment.

This means that just because you have a genetic tendency for neuroticism, you will not positively develop it.

Further research is required to pinpoint the exact locations on the DNA responsible for this condition.

Variations in the cannabinoid receptor 1 or CNR1 gene, located on chromosome 6, have been associated with an increased risk of depression in some people in response to stressful situations.

Some variations in the CNR1 gene have been linked to high neuroticism and low agreeableness.

rs7766029 is a single nucleotide polymorphism (SNP) in the CNR1 gene that shows a significant interaction between negative life events and the risk for depression.

The common allelic variants, i.e., T carriers, are more vulnerable to negative life events and higher neuroticism than those having the rare allele (C).

Neuroticism modifies an individual’s behavior and affects every aspect of their life, from health to relationships. Here are some ways to manage and cope with neuroticism:

Though neuroticism is not a medical condition, most people with this personality trait have one or more psychological conditions. So, if you are struggling with neuroticism or behavior, seek professional help.

Treatments like Cognitive Behavioral Therapy (CBT) and Acceptance and Commitment Therapy (ACT) may help you deal with negative emotions better.

It may seem difficult for people high on neuroticism to find positivity. However, believing that change is possible is one of the first steps to modifying their neurotic behavior.

When these individuals realize they have control over their emotions in stressful situations, the subsequent steps to modify their neuroticism will become easier.

People with neuroticism may benefit from mindfulness or meditation, which allows them to calm their minds and live in the present moment.

Individuals with neuroticism tend to get flustered easily as they don’t look at issues objectively.

Developing problem-solving skills will help them convert their negative emotions into constructive solutions rather than allowing their emotions to pile up.

People aware of their neuroticism are most often powerless when it comes to defeating their behavior. A good place to begin is by changing the way they talk to themselves.

May 29, 2022
Useful 23 & Me Upgrade
Uploaded 23 & Me data, got carrier & MTHFR results in ~1hr, alerted me to unknown concern to discuss with doctor.
Michelle Casterline

March 30, 2021
Very helpful and quick response time
Definitely worth the money! I had recently did the 23andMe testing and I've always been more curious on my MTHFR mutations, as it can be tied to many health issues. I came across Xcode Life where I could upload the raw data from 23andMe (which was very easy by the way) and get additional info. While I was doing it I decided to also get the Covid related test out of curiosity. I got the results the same day. I even had some questions and their customer service is on point. Extremely helpful and quick response time.
Katy Strong

September 15, 2022
So pleased I ordered the Methylation Report.
I’m so glad I confirmed once and for all about my MTHFR status. I had a raft of tests done last year by a practitioner which certainly pointed to under-methylation, including slightly elevated homocysteine, and other signs and symptoms, but the genetic testing they offered was extortionate. After completing my AncestryDNA I was able to upload my raw data file with Xcode Life at a very reasonable $20 and receive a report that was very easy to understand and which included details on some 42 gene SNPs in my profile relating specifically to methylation. My current health issues are moderate, not critical but I now have a concrete plan on how to go about lowering my homocysteine and checking it’s status every year as guide for health. Given my mother and both maternal grandparents had significant cardiac issues, this feels very prudent. I would definitely recommend Xcode Life as an economical option for unravelling one’s genetic markers.
Stephen D

June 15, 2021
The D'Alessio clan ordered Mega Packs
The D'Alessio clan ordered Mega Packs for everyone. The information gleaned from the reports was more robust than what one would find from 23andMe. I really liked the recommendations as well as a good jumping-off point for more research into mitigating possible health problems. I recommend this to anyone interested in biohacking their health.
Whitney Harper