How Genes Influence Your IQ Levels On Breastfeeding 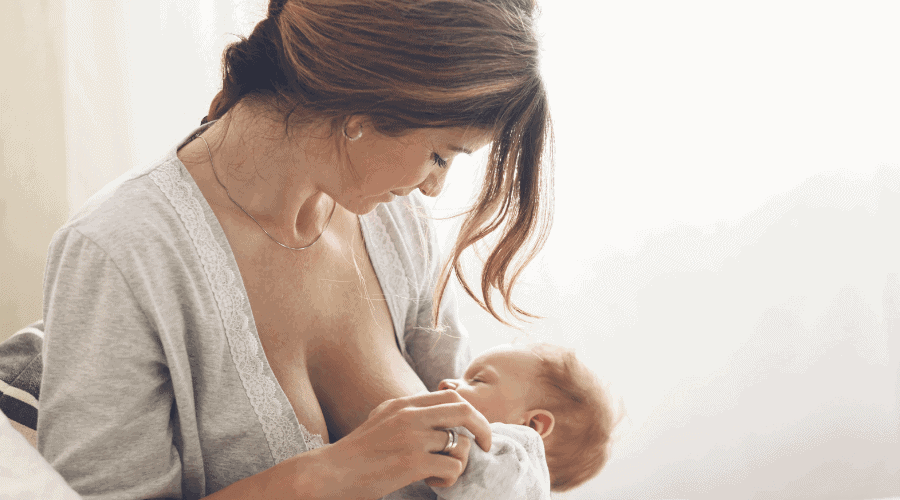 The Relationship Between Breastfeeding and Intelligent Quotient

Breastfeeding is feeding a woman's (mother's) breastmilk to a baby for its nourishment. For the first six months of a baby's life, the World Health Organization (WHO) recommends exclusive breastfeeding to help the child receive essential nourishment.

Most women start lactating as soon as they give birth. They can breastfeed the child for as long as they want to or according to the baby's needs.

A few facts about breastmilk:
- Breastmilk is a perfect combination of fat, sugar, proteins, and water.
- Breastmilk also contains growth factors, neuropeptides, and hormones that are needed for the growth and development of the baby.
- The composition of breastmilk keeps changing depending on what the baby needs.
- Breastmilk triggers a positive immune response in the body to help the baby fight infections better.

What Is Intelligence Quotient (IQ)

IQ is the score that measures human intelligence. There are standardized tests that can measure IQ levels. In general terms, people with higher IQ are considered more intelligent with the ability to achieve more personally and professionally.

Importance of Breastfeeding for IQ Levels

A 2008 study tried to analyze the effects of extended breastfeeding on a child's cognitive ability. A total of 17046 babies were selected, and 13889 children participated in the follow-up study after 6.5 years.

Another 2015 study assessed the effects of breastfeeding on long-term IQ levels, income bracket, and educational qualifications for 30-year-old adults. A total of 5914 babies were selected for the study, and 3493 of these babies came back as 30-year-old adults for the follow-up.

The study concluded that babies who were exclusively breastfed for at least 12 months had higher IQ scores, had more years of education, and had significantly higher income levels.

In Low and Middle-Income Countries (LMICs), the number of children who are exclusively breastfed for the first six months is lower than the average WHO standards. This could be causing lowered IQ standards in these regions.

A 2014 meta-study analyzed the results of 25 individual studies that related obesity and breastfeeding. It concluded that breastfeeding was associated with a lesser risk of obesity in children.

Now, there are also studies that relate childhood obesity with an increased risk for low intellectual ability. Breastfeeding can also increase IQ levels indirectly by bringing down the risk of obesity.

Breastfeeding positively affects the below health factors.
- Breastfeeding reduces the risk of asthma, allergies, and respiratory illnesses.
- Breastmilk strengthens the immune response.
- Breastfeeding is associated with reduced risk of diabetes and certain kinds of cancers as the child grows up.

The Evolution Of The Importance Of Breastfeeding

You might assume that breastfeeding was the obvious and natural choice for infants before the introduction of formula feeds. That wasn't the case, though.

Breastmilk substitutes were common and largely chosen as early as 3500 BC. There is evidence of breast-shaped pots in clay that were used as an alternative to breastfeeding for babies. These pots were filled with cow and goat milk.

It was very common for ancient Greek, Roman, and Egyptian royalty to hire wet nurses (women who are paid to breastfeed another woman's child) to breastfeed the royal children. By the 16th century, this process was so common that books on 'how to hire a wet nurse' were published and sold in large numbers.

It was said that wet nurses who were highly paid hired cheaper wet nurses to feed their babies and used their milk to feed other children.

In the 20th century, formula milk was introduced as an easier alternative to breastmilk and became very popular. By around the 1970s, only 22% of women in the United States breastfed their babies, and the rest used formula milk. This lasted for a couple of decades.

Right now, breastfeeding and its importance are widely researched and studied. Women take conscious and better decisions. The benefits of breastfeeding for the development of cognitive abilities are encouraging a lot of healthy and willing mothers to consider breastfeeding their children for as long as they can.

How Does Genetics Affect IQ Levels Upon Breastfeeding?

Genetics can play a role in determining how effective breastfeeding is to develop high IQ levels.

The FADS2 gene (Fatty acid desaturase 2 gene) helps in converting fatty acids in the body to Docosahexaenoic Acid (DHA) and Docosapentaenoic Acid (DPA). Both these are vital for cell growth and the overall growth and development of human beings.

This conversion is also important for normal cognitive function in children and adults.

*rs1535 * is another SNP in the FADS2 gene. The same study identified that people with the AA and AG genotypes of the SNP rs1535 of this same gene showed higher IQ levels when breastfed. This advantage was not present in people with GG genotype.

Mothers can consider pumping breastmilk and freezing excess milk to ensure they are able to provide breastmilk to the infant for as long as they want to.

Consider mixed feeding if you are unable to exclusively breastfeed
Some women completely give up breastfeeding if they find their milk production inadequate or if the child gets hungry often. Such mothers can consider a mix of both breastmilk and formula milk for their babies to ensure the baby is full and the required goodness from breastmilk is still provided to the child.

Breastfeeding as a personal choice
Breastfeeding is a personal choice of the mother, who should not be forced to take it up because of its relation to positive IQ levels. If the mother is unable to breastfeed because of health issues or does not want to breastfeed, then there are brain exercises and different learning practices that can also help improve Intelligence Quotient (IQ) in babies.