The DNA Blog » Genes and Personality » Is Intelligence Genetic Or Environmental?

Is Intelligence Genetic Or Environmental? 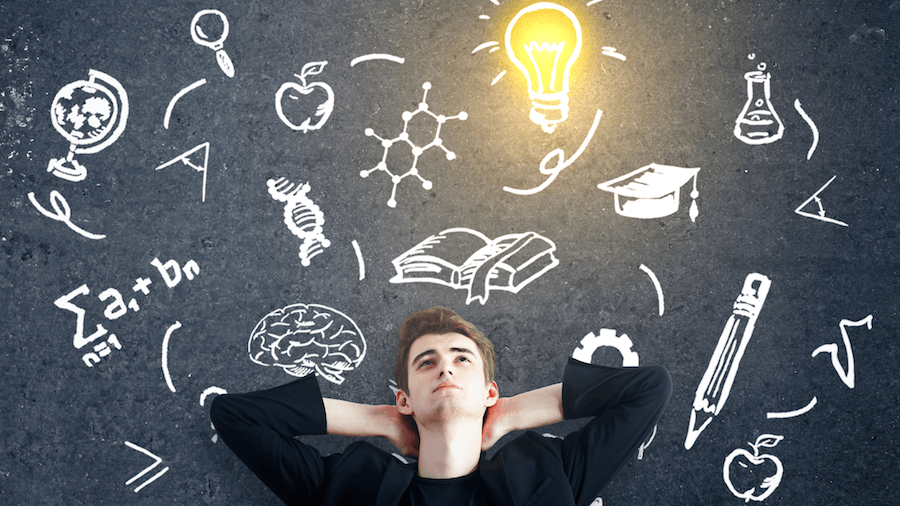 Whether it is genetics or environment that plays a role in determining intelligence has always remained an important question.

This is a controversial topic in the history of psychology, and to date, new studies have come up trying to understand the relationship between genetics, environment, and human Intelligence Quotient (IQ).

Many such studies conclude that a significant part of human intelligence is genetically influenced.

However, the same studies suggest that the environment may still play a role in molding the genetic trait.

One of the earliest studies that attempted to understand genetic influences on IQ was the twin studies by professor Sir Cyril Burt.

His studies, published between 1943 and 1966, concluded that genetics might significantly influence IQ levels.

Other recent studies claim that the heritability of intelligence could be as high as 0.8 (on a scale of 0.0 to 1.0).

Some of these studies examined the IQ scores of monozygotic (identical) twins and dizygotic (fraternal) twins.

These studies reported that the IQ scores of monozygotic twins are more similar than that of dizygotic twins.

This also points to the fact that genetics may play a more prominent role in influencing IQ levels.

Is There An Intelligence Gene?

There is no single gene that controls intelligence levels. Instead, a person’s intelligence may depend on interactions between multiple genes.

A UK-based study analyzed the DNA variants from more than 240,000 people and reported that up to 538 genes might be associated with intelligence.

That is why intelligence is called a polygenic trait.

Is Intelligence Inherited?/Heritability of IQ

Studies ascertain that 30-75% of variations in people’s IQ levels could be genetically driven.

However, environmental influences may help or prevent a person from achieving the genetic potential of IQ levels.

Socioeconomic status refers to the family or individual’s access to economic resources like money and their position in society.

According to experts, poverty or lack of financial stability may prevent a child from reaching their full genetic potential of intelligence.

A research paper analyzed the IQ levels of children from different SESs.

According to the results, children of the highest and lowest SES backgrounds were, on average, separated by 6 IQ points at the age of 2 years.

Further, by the age of 16, the IQ gap had almost tripled.

Lack of nutrition affects IQ levels, especially in the initial few years of a child’s life. According to a study, malnutrition between the ages of 1 and 5 may reduce IQ levels by up to 15 points.

Cognitive stimulation includes a variety of experiences the child has at home. Here are some cognitive influences affecting IQ levels.

A study states that educational duration and IQ levels could be closely related.

According to it, intelligence increases by 1 to 5 IQ points for every additional year of education.

Is Intelligence Genetic or Environmental: The Verdict

A significant part of a person’s intelligence is inherited by birth.

30-75% of variations in IQ levels could be due to genes, and multiple genes play a role in determining the intelligence potential of the individual.

However, environmental factors may influence how much of the genetic potential the person achieves during the lifetime.

For instance, a child could be born with high intelligence. However, environmental factors like low SES, malnutrition, or lack of right education may affect the child’s IQ.

For a person to have high IQ levels, genetics and the environment must be favorable.

July 7, 2021
In-depth results
I was curious to see the health insights Xcode had to offer since the 23andme health reports were a bit lackluster. I ordered one health report from Xcode and received results within an hour. This specific report was more extensive than 23andme and came with a helpful guide. I definitely want to order more tests but the only issue is there’s so many to choose from.
Bethany Jackson

June 25, 2021
Wonderful experience
I had such a wonderful experience with Xcode Life! It was super quick and easy to use and I received a TON personalized information. Definitely worth spending the money to receive all the available reports!
Rabih Massri

March 12, 2021
Very detailed health guidance
I didn’t know what type of information I will get exactly and I was skeptical, but after taking the test I discovered so much more about my self and how my body functions , there was so much informations and detailed guidance on how I can benefit from MY DNA test. Especially about food and exercise types that suits my body to maintain a healthy life style. I strongly recommend Xcode
Karpowicz Pawel