The DNA Blog » Genes and Personality » Is Empathy Genetic or Acquired?

Is Empathy Genetic or Acquired? 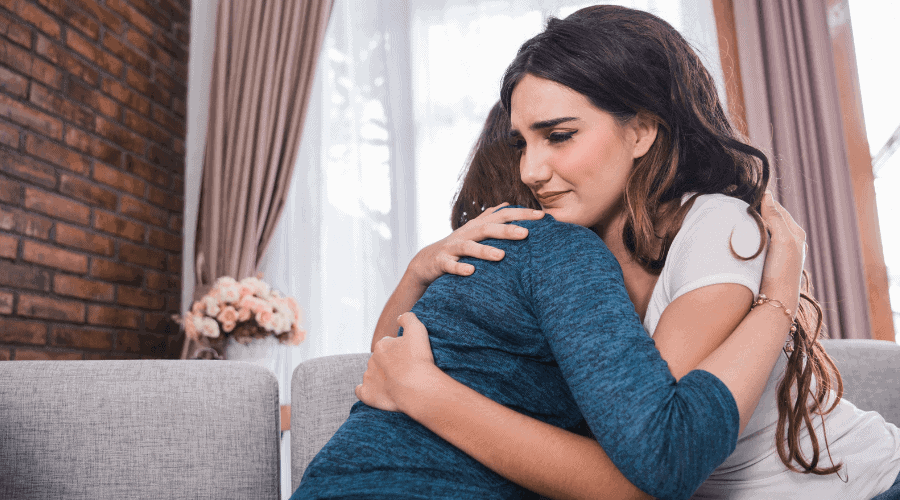 When you're in a tough situation some may intuitively understand what will provide comfort to you, while others, despite their best intentions, may not be able to aid you. What drives this tendency to empathize with others? Is empathy genetic or can it be acquired? The purpose of this article is to explore the research on empathy and determine if there is a consensus on whether it is genetic or acquired.

Empathy As A Personality Trait

Empathy is the ability of a person to relate to and share the emotions of others. It is the mental ability to imagine what the other person experiences or feels. Empathy has become one of the most commonly researched topics in the field of psychology.

Empathy is one of humanity’s most valuable assets. Empathy is a behavior that develops very early on.

Children as young as 12 months start understanding when people are in pain or suffering and try to comfort or help them.

People experience emotions corresponding to someone’s mental state or situation. People with affective empathy share the emotional experience of others like it is their own. You might feel anxious thinking of another person’s state or experience fear just imagining what someone had to undergo.

People can identify what other people are feeling and can get their perspectives. They can put themselves in their shoes easily and understand them better. Cognitive empathy usually does not make the person feel the emotions like their own but helps them react to the emotions the right way

This is an interesting form of empathy where you get a physical reaction to another person's feelings. Such reactions are a result of the activation of mirror neurons. When mirror neurons are activated, the body reacts the same way it sees someone else acting. Humans and other species, like birds and animals, have mirror neurons. (

When you find yourself blushing when watching a romantic movie, your body is going through somatic empathy.

Empathy is strongly associated with altruism. Altruism is the act of doing something that benefits other human beings or species without any selfish motives behind the act. Altruistic behaviors help larger groups like families, communities, and villages live together in mutual harmony.

According to the popular article ‘Putting the Altruism Back into Altruism: The Evolution of Empathy,’ humans often cannot control how empathetic they feel. This is why they try and prevent situations where they might have to show empathy. People close their eyes when a sad or gruesome scene is played in a movie. This is their way of having control over the situation.

The OXTR Gene and Empathy

The OXTR gene (Oxytocin Receptor gene) is associated with empathy and love.

Oxytocin is a hormone that promotes love and social bonding in humans.

The oxytocin receptor is regulated by the OXTR gene. Changes in this gene can increase or decrease a person’s ability to feel empathetic.

Genetic Changes in OXTR That Influence Empathetic Potential
A particular change in this OXTR gene, rs53576, affects how people trust and empathize with others around them.

Another SNP rs2254298 of the OXTR gene is also associated with changes in empathy levels.

According to a study, individuals with CT genetic type showed more cognitive empathy than those with TT type.

The BDNF Gene and Empathy

This protein is associated with long-term memory and the ability to learn.

For a very long time, the role of the BDNF gene was not associated with empathy.

However, recent studies have found a direct link between changes in this gene and the ability to empathize.

rs6265
rs6265 is a single nucleotide polymorphism or SNP in the BDNF gene. The A allele of this SNP is associated with lowered levels of empathy when compared to the G allele.

Other Factors That Influence Empathy

Women have always been stereotyped as being more empathetic and nurturing than men. A lot of studies confirm this too. Women generally have a  higher Emotional Quotient (EQ) than men and are also better than men at showing empathy.

According to some studies, people’s ability to be empathetic reduces as they age. This is a major problem affecting adult relationships. As people grow older, the brain area that controls behaviors like empathy experiences reduced activity. This could be the reason why some older adults have lowered cognitive empathy.

A study involving 494 Chinese children tried to identify if parenting styles affect a child’s ability to empathize. It reported that children whose parents showed emotional warmth found it easier to show empathy and altruism when compared to children who experienced parental rejection.

Other personality traits of a person, like openness, optimism, and agreeableness, can increase or decrease the person’s ability to show empathy. A 2017 study reported that the presence or absence of the big five personality traits - openness, conscientiousness (doing one’s work consciously and thoroughly), extraversion (enjoying social interactions), agreeableness, and neuroticism (being anxious and in a negative state of mind) could affect empathy. Agreeableness, especially, is positively associated with showing empathy.

Characteristics of People with High and Low Empathy

People who are highly empathetic are called empaths, and here are a few common characteristics empaths have:

On the other hand, people who score low on empathy may express traits like:Not being able to guess people’s feelings

Active listening is the act of listening completely and with all the senses. While actively listening, the person fully concentrates, absorbs, and remembers the communication. Active listening paves the way for empathetic listening and builds trust

Agreeableness is one of the big five personality traits that make a person optimistic, warm, cooperative, and kind. A person who scores high in agreeableness tends to be more empathetic.

EI is the ability of a person to understand their emotions and the emotions of others around. It allows people to explore the thoughts and feelings of others around them and, as a result, build better relationships.

According to a 2006 article on empathy and EI, people who scored high in their EI turned out to be more empathetic and socially approachable. Such individuals are good in professions like teaching, community outreach, and sales and administration.

Eye-gazing is the practice of looking deep into a person's eyes for an extended period of time. Psychologists use this to read deep into the thoughts of their patients. You can increase your empathetic quotient by practicing eye-gazing.

A 2014 study made 59 healthy adults watch a sad and emotional video. The study concluded that people who gazed closely at the eyes of the actor showed more empathetic traits when compared to those who did not.

Bottomline: Is Empathy Genetic Or Acquired?

March 12, 2021
Very detailed health guidance
I didn’t know what type of information I will get exactly and I was skeptical, but after taking the test I discovered so much more about my self and how my body functions , there was so much informations and detailed guidance on how I can benefit from MY DNA test. Especially about food and exercise types that suits my body to maintain a healthy life style. I strongly recommend Xcode
Erin Souza