The DNA Blog » Genes and PGx » How Genes Influence The Breakdown Of Analgesics?

How Genes Influence The Breakdown Of Analgesics? 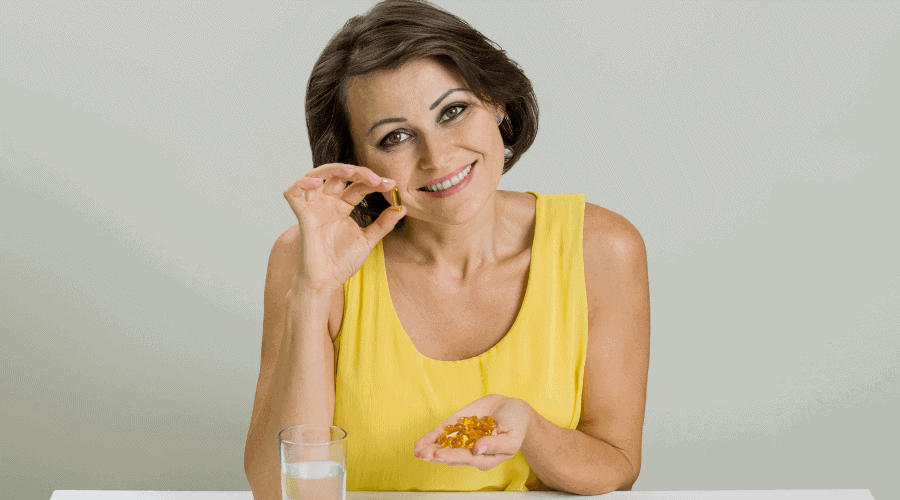 Analgesics, also called painkillers or pain relievers, are a group of medications that relieve pain and inflammation without making you drowsy. They are available as over-the-counter and prescription drugs.

There are different classes of analgesics, but the two most commonly used ones are Non-steroidal Anti-inflammatory Drugs (NSAIDs) and opioid analgesics (narcotics).

Analgesics are always prescribed based on how strong they are. The WHO recommends using the analgesic ladder, a step-wise approach to pain relief.

According to this ladder, non-opioid analgesics (like acetaminophen and NSAIDs) are prescribed for mild-to-moderate pain, weak opioids (like codeine tramadol) for moderate-to-severe pain, and stronger opioids (oxycodone and morphine) for severe pain.

Analgesics are available in different forms:

Analgesics may be used to relieve pain and inflammation due to various reasons:

How Do Analgesics work?

NSAIDs bring about pain relief by blocking the effect of cyclo-oxygenase enzymes.

These enzymes play a role in producing prostaglandins, chemicals responsible for pain and inflammation at the injury site.

When there is a reduction in prostaglandin production, pain and inflammation are reduced.

Other analgesics that have a similar mechanism of action to NSAIDs include acetaminophen, aspirin, and COX (cyclo-oxygenase) inhibitors.

Though paracetamol is known to work similarly to NSAIDs (blocking the cyclo-oxygenase enzymes), it does not reduce inflammation.

Opioids work by binding to opioid receptors in the central nervous system or CNS, gut, and other parts of the body and altering how your brain perceives pain.

As a result, you feel less pain, and in a way, these drugs increase your pain tolerance.

Some examples of opioids are codeine, fentanyl, methadone, naloxone, and oxycodone.

What Are The Side Effects Of Analgesics?

Though analgesics are widely used, they may cause side effects in some individuals when used too often or in large doses.

Some side effects of analgesics are:

Opioid Addiction - What Are The Signs?

Opioid analgesics may also cause any of the above side effects in addition to causing physical dependence.

Some signs that you may be addicted to an opioid analgesic are:

How Do Analgesics Interact With Other Drugs?

Some drugs that cause significant interactions with analgesics are:

Antacids and food are both known to delay the absorption of analgesics, which means the slow effect of the analgesic on pain.

Drugs bound to proteins such as phenytoin, warfarin, and phenylbutazone compete with the binding site of salicylates (a subclass of NSAIDs). This reduces the efficacy of the analgesic.

Consuming beta-blockers with salicylates can affect their metabolism (breaking down and processing the drug) and elimination from the liver.

Some NSAIDs interactions with other drugs that may cause adverse reactions are:

Taking NSAIDs with blood thinners like warfarin can increase the risk of bleeding.

When combined with ACE inhibitors (medicines used to treat high blood pressure and heart problems), analgesics may cause kidney failure. The same adverse effect may be seen when analgesics are consumed with diuretics (medicines that remove excess fluid from the body).

When two NSAIDs like a low-dose aspirin are combined with another NSAIDs drug, there may be a greater risk of ulcer formation or bleeding in the gastrointestinal tract.

Taking analgesics with antibiotic isoniazid may cause liver damage. So, it is best to avoid taking these drugs together.

Always inform your doctor about your current medications to avoid adverse effects due to analgesic interaction with other drugs you may be taking.

In doing so, this gene regulates body processes like heart rate and the activity of nerve cells.

Certain changes in the KCNJ6 gene have been associated with analgesic requirements in patients who have undergone surgery.

Patients having a change (variation) called 1032A/A in the KCNJ6 gene required more analgesics than those with the other variations - 1032A/G and 1032G/G.

This is because 1032A/A is associated with lower levels of the enzyme and insufficient analgesic effects.​​

The COMT gene provides instructions for making the enzyme catechol-O-methyltransferase.

The COMT gene has 3 types named Val/Val, Val/Met, Met/Met. The three types each produce different levels of the COMT enzyme.

The COMT gene has been associated with postoperative pain treatment using opioid analgesics.

According to a study, individuals having the Val/Met type required less opioid analgesia in the first 24 hours after surgery.

This was not seen with individuals carrying the Va/Val and Met/Met types.

These receptors form a part of the body’s system that regulates pain, reward, and addictive behaviors.

A study found that individuals with the 118G or GG type of the OPRM1 gene require more postoperative analgesics than those with the AA or the AG types.

Recommendations For The Safe Use Of Analgesics

Analgesics like NSAIDs, opioid analgesics and acetaminophen are all metabolized in the liver.

So, if you suffer from any liver disease or condition, you must inform your doctor.

To avoid adverse reactions or severe side effects of analgesics, people with chronic liver diseases, especially hepatitis and cirrhosis, must avoid consuming analgesics.

Analgesics are known to interact with different drugs. Therefore, to avoid adverse reactions, you must inform your doctor about any medicines or supplements you are currently taking before taking analgesics.

Alcohol and analgesics are both known to irritate the stomach lining.

Drinking alcohol while taking NSAIDs may increase your risk for gastrointestinal lining damage and bleeding.

So, if you are taking analgesics, especially NSAIDs, you must avoid drinking alcohol.

Always take an analgesic when necessary and in the minimum dose possible that relieves your pain.

It is also important to take the painkiller only as long as it is needed.

Genetic testing can be beneficial in determining how your body may respond to analgesics and identify your risk for any side effects.

Analyze Your Genetic Response to Analgesics

March 12, 2021
Very detailed health guidance
I didn’t know what type of information I will get exactly and I was skeptical, but after taking the test I discovered so much more about my self and how my body functions , there was so much informations and detailed guidance on how I can benefit from MY DNA test. Especially about food and exercise types that suits my body to maintain a healthy life style. I strongly recommend Xcode
Scarlato Barros