The DNA Blog » Research » What Causes Grey Hair And Can You Reverse It? A Study Says Yes!

What Causes Grey Hair And Can You Reverse It? A Study Says Yes! 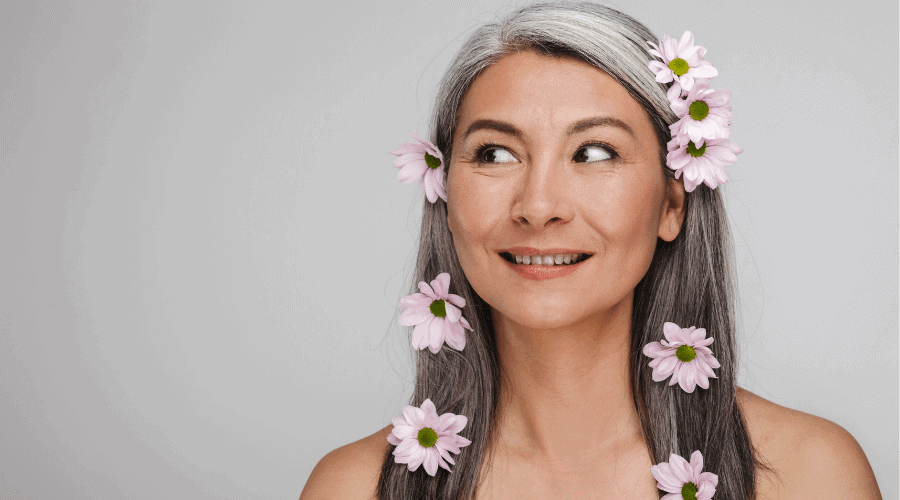 It is normal for hair to lose color and turn gray as people age. However, today’s stressful lifestyle can accelerate this process resulting in grey hair appearing on people even in their 20s! Initially thought as a permanent change, new research reveals hair greying can be reversed - at least temporarily!

How Does Hair Get Its Color

Hair greying occurs when melanin, a natural skin pigment that is responsible for hair, skin, and eye color, is gradually lost due to aging. At first, hair grows unpigmented out of the hair follicles.

The distribution of eumelanin and pheomelanin is influenced by genetics, especially the MC1R gene.

As our body ages, so do stem cells - the parent cells of all functional cells of the body. Melanocytes are produced by melanocyte stem cells (McSCs).

Aging causes a loss of McSCs - so melanocyte production also gradually decreases. In the absence of melanin pigment, the hair turns grey.

Hair greying is influenced by genetic factors and the environment (including lifestyle). One of the major environmental contributors happens to be stress.

A previous study done by Harvard University explored stress-induced hair greying in mice. They observed that stress triggered the release of a chemical, norepinephrine, which affected the McSCs.

Norepinephrine accelerated the conversion of McScs to melanocytes, thereby depleting the population of McScs. This ultimately resulted in a complete halt in the hair coloration process.

This process was also noted to be irreversible in mice.

In 2016, researchers at UCL, UK, found the first-ever gene, IRF4 (interferon regulatory factor 4), associated with hair greying. IRF4 is actively involved in the regulation of the production and storage of melanin.

This gene interacts with MITF (microphthalmia-associated transcription factor) to activate tyrosine, a critical factor in melanogenesis (the process of melanin production). MITF has been known to repress McSCs survival and affect hair greying.

So, researchers hypothesize that IRF4 might influence the hair greying process. However, the exact mechanism behind this is still unclear.

The Study: Stress-induced Hair Greying May Be Reversible!

Researchers at the Columbia University Irving Medical center undertook a small-scale study to observe how stress affected hair greying. The study included 14 participants from varying age groups, ethnicities, and sexes - most people, however, were white. The researchers collected dark, white, and two-colored hair (hair with partial greying) from these people.

The researchers used a digital and mathematical model to map and measure small color changes in a single hair. They found that over a stress-filled period, the hair started greying.

Surprisingly, the removal of the stress stimulus resulted in an apparent reversal of greying, and the hair became colored again.

To understand the mechanism behind this, the researchers studied thousands of other proteins in the hair. They observed changes in 300 out of the 1000 proteins as the hair greyed.

They also suspect the role of mitochondria in stress-induced hair greying. Mitochondria, other than being involved in energy production, also plays an important role in transmitting signals that respond to psychological stress.

Hair Greying Is Reversible - But Only in Some!

The study reports a "threshold" or a limiting situation at which a hair turns grey permanently. Somewhere in middle age, as we approach this threshold, stress can accelerate the transition.

Reducing stress in life is most definitely a good thing. But once you cross this threshold, it's not going to reverse your hair greying.