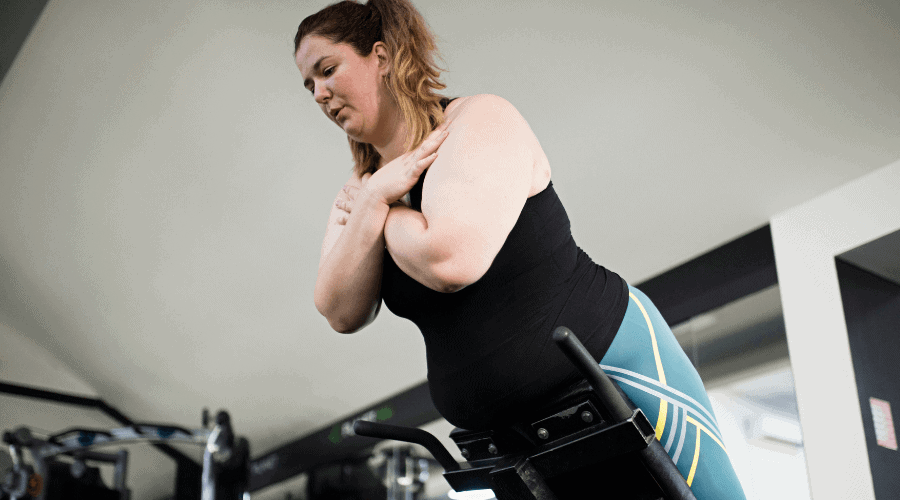 Being overweight or obese increases the risk for breast cancer, especially in postmenopausal women. Your Body Mass Index (BMI) determines if you have a healthy weight, are overweight, or are obese.

A BMI between 18 and 24.9 is considered healthy. A BMI between 25 and 29.9 means that you are overweight. If your BMI is higher than 30, it could indicate obesity.

Women with a BMI over 25 are at an increased risk of developing breast cancer than those with a healthy weight. In addition, this risk is exceptionally high after menopause. Being overweight or obese also increases the risk of breast cancer recurrence.

The exact link between increased weight and breast cancer risk is complicated and multifactorial. The high risk appears to be connected to the estrogen production by the fat cells.

The number of fat cells is higher in overweight or obese women. This results in increased estrogen production, which is a risk factor for breast cancer development. This is especially of significance for Hormone-Receptive breast cancers that develop and grow on exposure to estrogen.

Studies report an association between obesity and a lower risk of Estrogen-Receptor Positive (ER-Positive) breast cancer but a higher risk of ER-negative and Triple-negative breast cancer in premenopausal obese women.

In addition, a study from the Breast Cancer Surveillance Consortium database showed that obesity is associated with an increased risk for Inflammatory Breast Cancer (IBC) in premenopausal women.

The Million Women Study followed 1.2 million UK women ages 50 to 64 years for a mean of 5.4 years. Out of these, 45,037 women had breast cancer. The study identified a nearly 30% higher risk of developing postmenopausal breast cancer with obesity.

A meta-analysis of 34 studies reported that the risk of postmenopausal breast cancer increases with every 5kg/m2 increase in BMI.

Besides breast cancer, obesity is a risk factor for type 2 diabetes and heart diseases - the latter seems to be the leading cause of mortality in women with early-stage breast cancer.

It has also been observed that obese women with breast cancer are more likely to experience complications during surgery and radiation.

Breast cancer-specific mortality among obese women is 1.3 times higher compared to women with a normal BMI.

The mortality rate in obese women is also dependent upon the type and characteristics of the tumor. For example, obese women with Luminal A and Luminal B breast cancer were 1.8 and 2.2 times more likely to die from cancer than normal-weight women.

However, obesity was not associated with breast cancer-specific mortality among women with HER2- and triple-negative tumors.

BRCA1 Interacting Helicase 1 (BRIP1) is located on chromosome 17 and, along with the BRCA1 gene, helps repair any damage to the DNA. It is also responsible for maintaining chromosomal stability.

rs16945628 is a Single Nucleotide Polymorphism (SNP) in the BRIP1 gene. The TT genotype of this SNP is associated with an increased risk of breast cancer in women with a BMI of ≧25 kg/m2.

Insulin-like Growth Factor Binding Protein 3 or IGFBP3 gene is located on chromosome 7 and participates in cell growth, multiplication, and differentiation, and cancer development in the breast tissue.

Studies also showed that women carrying the AC+CC genotypes of the IGFBP3 gene had a larger tumor size in the breast.

Obesity is a critical non-genetic risk factor for breast cancer.

Other factors that increase breast cancer risk in obese women are:

According to a 2019 study, sustained weight loss is associated with lower breast cancer risk for women aged 50 years and older.

The researchers looked at 180,885 women from 10 studies. The women's weights were recorded 3 times over a period of 10 years; once when they enrolled and once every 5 years.

Weight changes of 2 kilograms or less (about 4.4 lbs) were counted as stable.

The study reported the following*:

*Compared with those whose weight was stable.

The study did not include women on postmenopausal hormone therapy, and the results were more prominent in obese or overweight women.

Despite this, the study suggests that even a modest amount of sustained weight loss can lower your breast cancer risk and improve survival rate, if diagnosed with breast cancer.