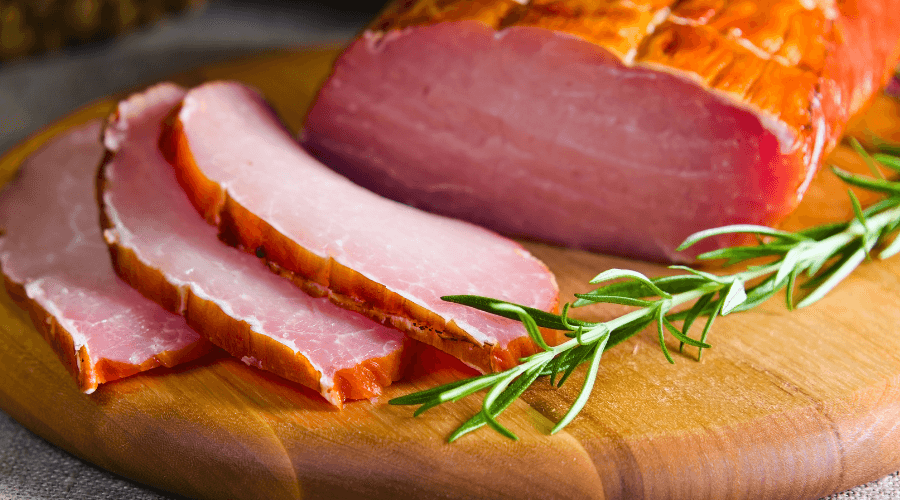 What is Smoked Meat?

Smoking is an ancient cooking technique that exposes meat to smoke and slow-cooks it for long hours. The smoke adds a flavor of its own to the meat and gives the cooked meat a unique taste that people love.

This cooking technique dates back to the paleolithic era (old stone age). There are two reasons why meat is smoked.

Does Smoked Meat Cause DNA Damage?

One of the chemicals produced due to burning wood while smoking food is Polycyclic Aromatic Hydrocarbon (PAH). PAHs are carcinogenic (cancer-causing) agents. There are two ways PAH damages the DNA.

While people can be exposed to PAHs by inhaling cigarette smoke, staying in places with high air pollution, and through occupation exposure, consuming smoked meat is a direct form of dietary PAH exposure.

When you cook fat-rich meat on an open fire, the fats and juices from meat splash on the fire and lead to smoke and flames. The PAH-rich smoke sticks to the meat, making the food carcinogenic.

A study analyzed the PAH content in different smoked foods. It was reported that meat smoked with natural wood had higher levels of carcinogenic PAHs than meat smoked using liquid smoke flavorings (artificial flavoring that can be used as a substitute for natural wood smoke).

According to the study, smoked salmon had a range of PAH/kg of 86.6mg, and cooked ham had 29.8mg/kg of PAH. On the other hand, smoked shrimp had a low PAH/kg value of 9.3.

A long-term study identified 1508 women with invasive breast cancer in 1996 and 1997. These women were monitored for approximately 17.6 years. Among these women, 237 died because of breast cancer. Researchers analyzed the average smoked meat intake in these women.

Women who consumed an excess of smoked meat in this group had a 31% higher mortality risk.

According to the American Cancer Society, there are more than 3.8 million breast cancer survivors in the country, including those still in treatment and those who have completed treatment. These women can increase their survival rate by limiting the consumption of smoked meat.

Changes in certain genes can increase or decrease a person’s risk for developing breast cancer on the consumption of smoked meat.

The CYP1A1 gene (cytochrome P450 family 1 subfamily A member 1 gene) helps produce the CYP1A1 enzyme, part of the cytochrome P450 family of enzymes (CYP 450). This enzyme helps eliminate a variety of drugs and chemicals from the body. It also plays a role in the bioactivation of PAHs, converting them into a more toxic intermediary that can cause cancer.

The SULT1A1 gene (Sulfotransferase 1A1 gene) helps produce the SULT1A1 enzyme. This enzyme plays a role in the sulfation of many drugs and chemicals, including PAHs.

Grilling, barbecuing, and smoking are just a few of the different ways of cooking meat. There are other alternate healthier cooking methods:

Choose lean-cut meat over fat-rich meat when you want to smoke, grill, or barbecue it. This way, excess fat will not drip over the fire and trigger smoke and flames. If you get a fat-rich portion of meat, you can trim the fat edges before cooking.

Some people also pre-cook meat before smoking it. This way, the excess fat is pre-cooked and does not drip down much.

Do Not Consume Blackened (Charred) Bits

Do not consume parts of the meat that are charred because of smoking. These contain the most amounts of PAH. You can trim the charred parts before you serve the meat on the table.

Use Thermometers To Avoid Overcooking

Overcooking is one reason why meat gets charred or overburnt while smoking or grilling it. Use a thermometer to immediately remove the meat from heat after it is cooked to avoid charring.

Include Fresh Fruits And Vegetables With Your Meals

Fresh fruits and vegetables have antioxidants that can prevent DNA damage and protect against cancers.

When you are occasionally eating smoked meat, include a large portion of fresh salad with the meal. The salad can make you partially full, prevent excessive meat consumption, and protect the body against cancers.

June 15, 2021
The D'Alessio clan ordered Mega Packs
The D'Alessio clan ordered Mega Packs for everyone. The information gleaned from the reports was more robust than what one would find from 23andMe. I really liked the recommendations as well as a good jumping-off point for more research into mitigating possible health problems. I recommend this to anyone interested in biohacking their health.
Win Yang Cheung

May 29, 2021
Clarified my allergies
Didn't expect much but this proved me wrong. I discovered useful personal traits and information about my health that I customized towards my day to day living. For the longest time, I thought I was lactose intolerant and allergic to cockroaches, but this report showed me that I wasn't. I thought the milk from the bubble tea I drank every weekend was causing my constant bloating. Truthfully, I didn't drink enough water and was snacking a lot. Thank you, this has been life-changing.
Erin Souza

August 7, 2022
Highly recommend for cutting edge research
Although sceptic of any third party genetic research company, I referenced all of the results I received with my raw data and the scientifically reported papers and they all were accurate in both my genome and scientific results. I appreciate the work being done by this company and the resources they provide.
Rabih Massri