The DNA Blog » Genes and Detox » Detox Genes: How Your Body Gets Rid Of Toxins

Detox Genes: How Your Body Gets Rid Of Toxins 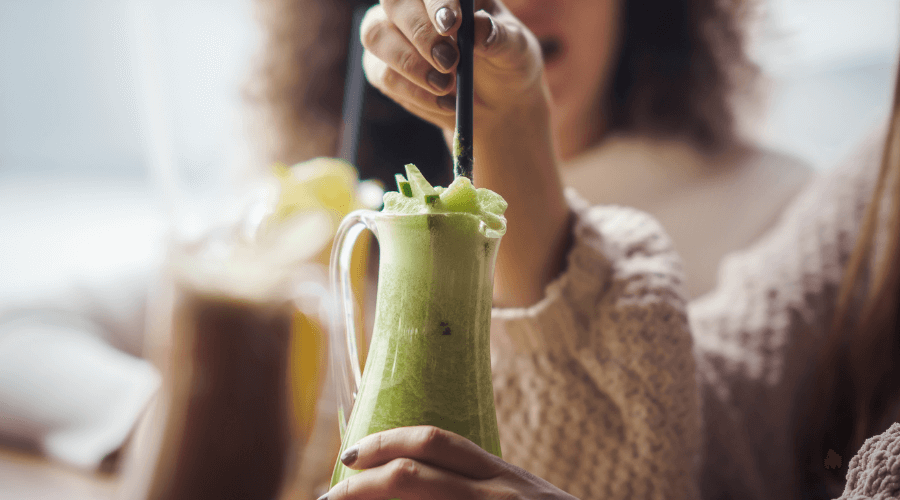 We get exposed to chemicals via the air we breathe, medications we take, cleaning products we use, personal care products we put on our skin, and several other products we are exposed to on a daily basis.

Types of Toxins that Require Detoxification

There are two types of toxins in the body: Exogenous and Endogenous.

Exogenous Toxins: These are absorbed by the body from external sources like water, air, food, or direct contact. Drugs, chemicals, and microorganisms are examples of exogenous toxins.

What Is The Need For Detoxification

Toxins are naturally fat-soluble and, therefore, cannot be eliminated from the body easily. Due to this characteristic, toxins have an affinity for the fat cells in the body and can be stored in them for years.

How is Detoxification Done?

The usual sequence of events in the detoxification process is as follows:

The Three Phases of Detoxification

The detoxification process can be grouped under three important phases – Bioactivation, Conjugation, and Antiporter Activity.

In phase 1 detoxification, the toxins are prepped for phase 2. This phase of detoxification is performed primarily by the Cytochrome P450 (CYP) enzymes.

The side-effect of this stage is the formation of free radicals, which are reactive molecules that can harm the body.

Conjugation occurs in six stages. In this phase, the toxins are deactivated and made more water-soluble to facilitate easy excretion via bile (small intestine) or via urine (kidneys). This phase of detoxification is governed by various enzymes, including the glutathione transferases and UDP-Glucuronosyltransferases(UGT). Some genes that play an active role in the conjugation phase include SULT1A1, n-acetyltransferase genes, and COMT.

Phase 3 of detoxification is the excretion phase that takes place in the liver, kidneys, and intestines. During this phase, the water-soluble toxins are transported across membranes of the cells in the liver, the gastrointestinal tract, the kidneys, and the blood-brain barrier. This phase of detoxification is governed by the ATP-binding Cassette protein (ABC) and the Solute Carrier (SLC10) gene families.

The ABC family of genes is primarily involved in influencing the absorption and outflow of the processed toxins from the cells. Two genes from the SLC family are involved in the production, absorption, and excretion of bile salts (the main pathway for excretion of toxins) out of the body via the small intestine.

Some abnormal changes in the NFE2L2 gene reduce the expression and activity of the NRF2 gene. Reduced NRF2 activity impairs the body's ability to detox and defend itself from oxidative stress.

How to Boost your Detoxification System

There are many ways by which you can boost your body's detoxification process. Some of the most effective ones include:

Use our free Gene Tool to check your detox gene variants.

June 15, 2021
The D'Alessio clan ordered Mega Packs
The D'Alessio clan ordered Mega Packs for everyone. The information gleaned from the reports was more robust than what one would find from 23andMe. I really liked the recommendations as well as a good jumping-off point for more research into mitigating possible health problems. I recommend this to anyone interested in biohacking their health.
Kimberlee Jackson

March 14, 2022
I’m so glad I found Xcode!
Wow! The amount of data and reports that you get after just an hour’s wait is immense! I finally have some answers I always wanted from my original dna company (ancestry). All I had to do is upload the data and after a short wait I received all of my reports. If you are unsure of which package to buy - do the biggest - it is so worth it!
Brooke Dawe