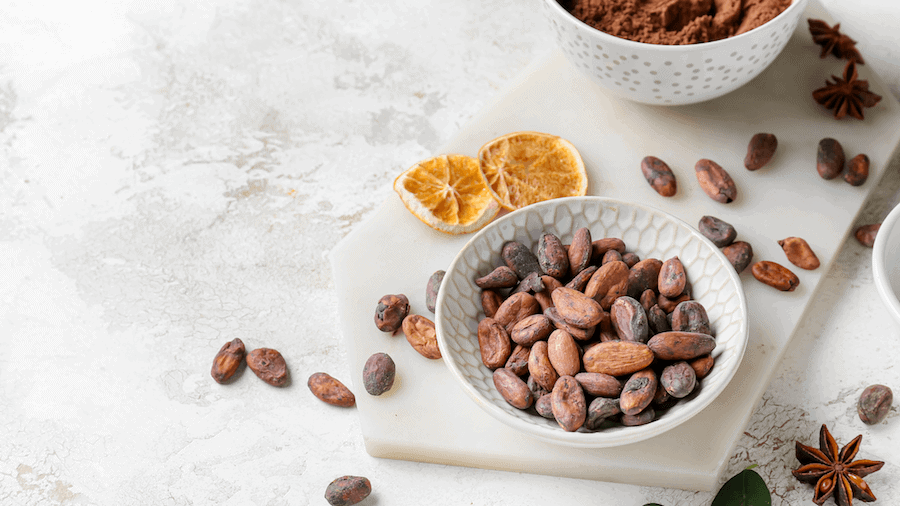 CVDs are a group of heart and vascular system diseases that results in the narrowing of the blood vessels supplying blood throughout the body. It is one of the prominent causes of death in the United States.

Every year about 1 million Americans die due to cardiovascular problems.

Physical inactivity is one of the prominent reasons which increases the risk of CVDs.

Besides physical inactivity, other risk factors include obesity, smoking, and alcohol intake.

The risk of CVDs can be reduced by making small lifestyle changes.

A healthy diet and exercise regimen is the most effective change for preventing this disease.

Exercise decreases unwanted fat and cholesterol, thereby eliminating the strain on the heart.

A nutritious diet with low sugar content and appropriate servings of fruits, vegetables, eggs, nuts, lean meats, and whole grains can reduce the risk of CVDs.

Recently a study published in The American Journal of Clinical Nutrition reported that long-term consumption of cocoa flavanol could reduce the risk of CVDs.

Nearly 21,442 participants were included in the study and were followed for approximately 3.6 years.

The participants were divided into four groups:

The study bears clinical evidence that cocoa flavanol intervention can reduce the risk of cardiovascular events and deaths due to CVDs.

The study also suggested that the supplementation must be regular and long-term to achieve the extensive health benefits of cocoa flavanol.

Learn Your Risk for Heart Diseases with the Gene Health Report

Get Actionable Health Insights From Your 23andMe, AncestryDNA Raw Data!

March 30, 2021
Very helpful and quick response time
Definitely worth the money! I had recently did the 23andMe testing and I've always been more curious on my MTHFR mutations, as it can be tied to many health issues. I came across Xcode Life where I could upload the raw data from 23andMe (which was very easy by the way) and get additional info. While I was doing it I decided to also get the Covid related test out of curiosity. I got the results the same day. I even had some questions and their customer service is on point. Extremely helpful and quick response time.
Jaclyn Galvin

July 29, 2022
This has been really helpful for me
This has been really helpful for me. A while back I had gotten the nutrition report from Xcode and it really helped me understand certain aspects of my diet. Fast forward about two years and I am sluggish, irritable, tired, etc. I discussed it with my doctor and they ran some bloodwork. Turns out I'm deficient in some vitamins and needed to supplement. I went back and reread my xcode report and they are the exact same vitamins that the report told me I would need to supplement. Turns out I don't metabolize them as efficiently and need some additional help to meet my requirements. Overall, it was a really great experience and I look forward to ordering more of the reports.
Whitney Harper

May 30, 2021
Finding out random genetic variations
Finding out random genetic variations you might be predisposed to. It gives out likely or unlikely expressions you might have. I got the health, fitness and nutritional pack and I saw confirmations of experiences that I've uncovered about myself, like having unordinary grip strength. It's neat to have this kind of validation and proof! I plan to reference my xcode pdfs since there's a lot to digest! I find the vitamins my body would likely prefer to be my favorite part of it. I want something more definitive to understand myself, like not what's "likely", but genes are complicated and xcode just provides what's likely and that's ok. What I would prefer is probably a whole other complex science. It was worth it.
Rachel Reynolds