The DNA Blog » Genes and Health » Is PCOS Genetic? 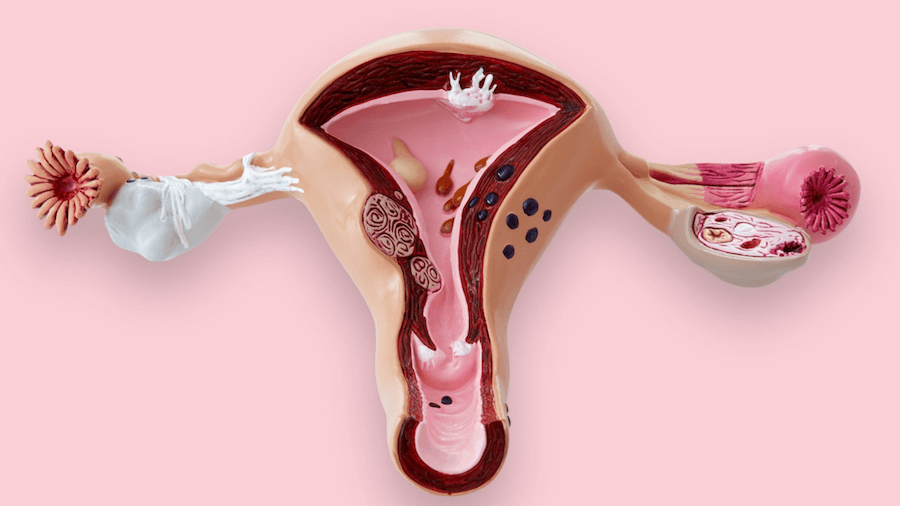 What is Polycystic Ovarian Syndrome (PCOS)?

Polycystic ovarian syndrome (PCOS) is a common condition that affects hormones in women in their childbearing years.

In this condition, one or both ovaries produce multiple small, immature ovarian follicles that appear like cysts on medical imaging.

This happens because abnormal hormone levels prevent follicles from growing and maturing to release egg cells.

PCOS is one of the leading causes of female infertility and increases your risk for other conditions like diabetes and hypertension.

Though many women with PCOS do not show any signs or symptoms, a few common symptoms of this condition include:

Around 70% of women with PCOS show abnormal hair growth.

How Common is PCOS?

PCOS is common and affects around 6 to 10% of women worldwide.

The exact cause of PCOS is unknown. However, sufficient research shows that the condition runs in families.

Evidence shows that genetics plays a role in the development of PCOS.

Few other causes that may contribute to the development of PCOS are:

Women with PCOS tend to have a higher amount of insulin in their blood.

Being overweight or obese increases the amount of insulin produced by the body, further increasing insulin resistance and resulting in diabetes.

Women with PCOS have chronic low-grade inflammation that can further aggravate the condition.

Since women who develop PCOS have a family member with the same condition, it is said that PCOS may have a genetic component.

In fact, around 20% to 40% of women with PCOS have an affected family member.

Currently, it is believed that PCOS occurs due to an interplay between genetic and environmental factors.

Is There A PCOS Gene?

PCOS is a polygenic (caused by multiple genes) and multifactorial condition.

Several genes are said to be associated with PCOS, such as

A few other genes that may contribute to the development of PCOS include:

Other Risk Factors For PCOS

Factors that increase a woman’s likelihood of developing PCOS can be lifestyle or genetics-related. Common risk factors for PCOS include:

If you know your risk for PCOS, here are some effective ways to prevent it:

While there is no cure for PCOS, appropriate and timely measures can help manage symptoms.

May 29, 2021
Clarified my allergies
Didn't expect much but this proved me wrong. I discovered useful personal traits and information about my health that I customized towards my day to day living. For the longest time, I thought I was lactose intolerant and allergic to cockroaches, but this report showed me that I wasn't. I thought the milk from the bubble tea I drank every weekend was causing my constant bloating. Truthfully, I didn't drink enough water and was snacking a lot. Thank you, this has been life-changing.
Katy Strong

September 15, 2022
So pleased I ordered the Methylation Report.
I’m so glad I confirmed once and for all about my MTHFR status. I had a raft of tests done last year by a practitioner which certainly pointed to under-methylation, including slightly elevated homocysteine, and other signs and symptoms, but the genetic testing they offered was extortionate. After completing my AncestryDNA I was able to upload my raw data file with Xcode Life at a very reasonable $20 and receive a report that was very easy to understand and which included details on some 42 gene SNPs in my profile relating specifically to methylation. My current health issues are moderate, not critical but I now have a concrete plan on how to go about lowering my homocysteine and checking it’s status every year as guide for health. Given my mother and both maternal grandparents had significant cardiac issues, this feels very prudent. I would definitely recommend Xcode Life as an economical option for unravelling one’s genetic markers.
Bethany Jackson

June 25, 2021
Wonderful experience
I had such a wonderful experience with Xcode Life! It was super quick and easy to use and I received a TON personalized information. Definitely worth spending the money to receive all the available reports!
Jaclyn Galvin

July 29, 2022
This has been really helpful for me
This has been really helpful for me. A while back I had gotten the nutrition report from Xcode and it really helped me understand certain aspects of my diet. Fast forward about two years and I am sluggish, irritable, tired, etc. I discussed it with my doctor and they ran some bloodwork. Turns out I'm deficient in some vitamins and needed to supplement. I went back and reread my xcode report and they are the exact same vitamins that the report told me I would need to supplement. Turns out I don't metabolize them as efficiently and need some additional help to meet my requirements. Overall, it was a really great experience and I look forward to ordering more of the reports.
Rabih Massri