The DNA Blog » Genes and Health » Is Arthritis Genetic? 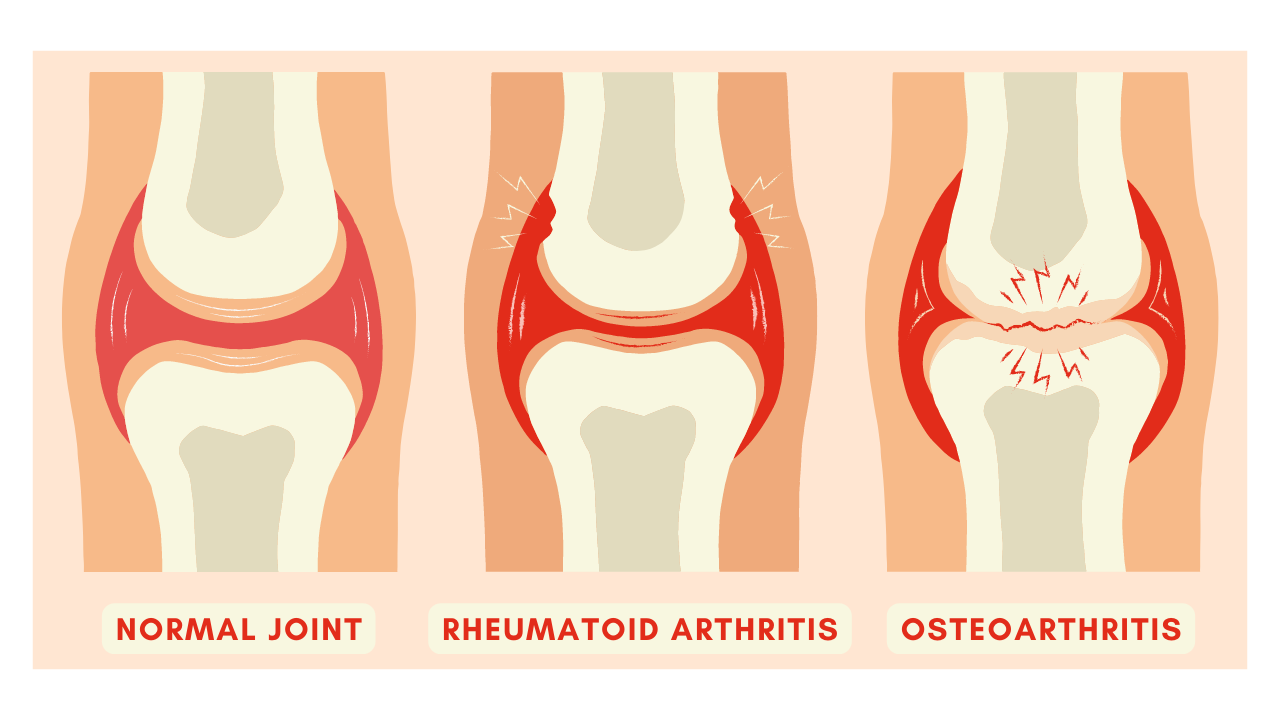 In the sample report below, we've attempted to analyze some important genes that increase the risk of arthritis.

You can identify your genetic risk of arthritis by using your 23andMe DNA data and placing an order for the Gene Health Report.

Arthritis is a medical condition characterized by inflammation and pain in one or more joints.

The primary symptoms of arthritis are stiffness and swelling pain in the joints, which generally worsen as people age.

In America, arthritis affects nearly 59 million people - or one out of every four people.

The majority of Americans in the US suffer from this chronic condition.

Doctors believe genetics may be involved, particularly in cases when the condition strikes at an early age.

The Most Common Type of Arthritis

Over 100 different forms of arthritis exist, and they can be widely categorized as degenerative, infectious, inflammatory, and metabolic. The two most common kinds of arthritis are osteoarthritis and rheumatoid arthritis.

Rheumatoid arthritis is an autoimmune disease that damages the joints and causes changes in the tissues surrounding the joints, including cartilage (the sliding surface covering the bone) and the bone itself.

Osteoarthritis, the most common kind of arthritis, undergoes similar changes.

Other Types of arthritis

Other types of arthritis include:

Ankylosing spondylitis (AS) is a less frequent type of chronic autoimmune and inflammatory arthritis.

It causes pain and stiffness in the hips and back, eventually leading to the fusion of vertebrae in your spine.

This fusion is termed ankylosing.

The sacroiliac (SI) joints at the base of your spine are the primary targets of AS.

People do not inherit osteoarthritis; rather, they inherit an increased chance of acquiring it. According to research, genetics plays a role in between 40% and 65% of cases of osteoarthritis.

Genes that code for structural proteins of the extracellular matrix of the cartilage, particularly those that code for collagen type II (COL2A1), appear to play a significant role in the development of osteoarthritis.

Osteoarthritis is not caused by only one gene but by a combination of genes, other conditions, and environmental factors.

A thorough analysis of the genetics of Rheumatoid Arthritis (RA) found that the heritability was approximately 60%.

About 37% is believed to originate from genes connected to the human leukocyte antigen (HLA) system, also called the major histocompatibility complex or MHC genes. These are significant genes for the immunological response.

According to studies, there are four main genetic factors associated with Rheumatoid Arthritis:

HLA-DR4: the gene that is most strongly associated with RA. People who carry this gene are more likely to get RA than people who do not, and their symptoms may be more severe.

The STAT4 gene regulates and stimulates the immune response.

TRAF1 and C5 genes are essential for the genesis of chronic inflammation.

PTPN22 gene-Linked to the onset and progression of RA

Even though these gene variations are linked to RA, you can have all of them and not have the illness. However, RA has a significant genetic component but is not directly inherited.

Nevertheless, 40% of those with PsA have at least one close relative with the condition.

90% of Ankylosing Spondylitis (AS) sufferers have the HLA-B27 gene. Some people without the gene also acquire AS, and not everyone with the gene gets AS.

Other Risk Factors for Arthritis

Overweight: The major joints, such as the hips, knees, and ankles, are put under higher stress when a person is overweight.

Age: It has been observed that RA risk rises with age. The disorder is more prevalent in people 60 years of age and older.

Gender: Women are affected 2-3 times more than men by RA.

Smoking: Smoking increases the loss of cartilage and makes you struggle more with joint swelling. This develops rheumatoid arthritis and can aggravate the signs and symptoms of osteoarthritis.

Nature of work: Some jobs require repetitive knee bending and squatting. There is a chance that arthritis will develop later in life as a result of that repetitive stress on a single joint.