The DNA Blog » Genes and Health » Is Fibromyalgia Hereditary? 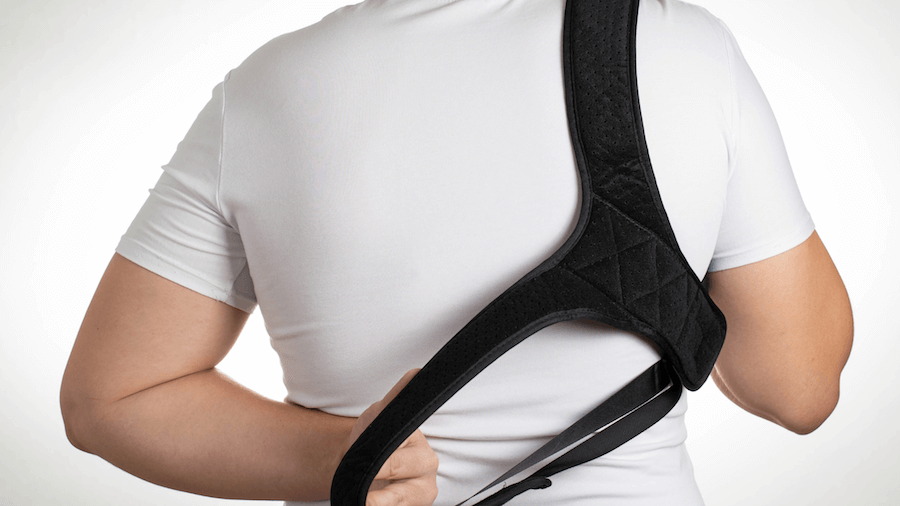 Fibromyalgia is a complex chronic disorder characterized by widespread musculoskeletal pain throughout the body.

The pain is associated with tenderness (sensitivity to touch) on joints, muscles, or skin. People with this condition are more sensitive to pain as it amplifies the pain signals than the normal range.

Women are more susceptible than men to fibromyalgia. It affects 2 to 8% of people globally. According to the National Fibromyalgia Association (NFA), it affects around 10 million people in the United States.

Typical signs and symptoms include pain all over the body, fatigue, depression, anxiety, migraine headaches, and sleep and memory issues.

Other symptoms include numbness, tingling, or burning sensation in arms and legs (paresthesia).

The exact cause of fibromyalgia is unknown, but a few factors may be involved.

Experts suggest that affected individuals inherit one or more genes that cause fibromyalgia.

The potential genes for fibromyalgia are SLC64A4, TRPV2, MYT1L, and NRXN3. Every one of these genes affects how your nervous system reacts to pain.

Research on the DNA of family members with fibromyalgia suggests that these genes are inherited and seem to cluster within families.

From the 2017 review of scientific literature on fibromyalgia, solid evidence exists to back the concept that genetics play a prominent role.

A study reported 52% of parents and siblings who had previously not been diagnosed with fibromyalgia have some clinical evidence of the condition.

Another 22% of those with no visible symptoms exhibited impaired muscle consistency close to that experienced by people with fibromyalgia.

Therefore, over 1/3 of the relatives showed physical indicators of susceptibility or early signs and symptoms.

The genetic susceptibility of acquiring fibromyalgia was over 27% in a study of siblings with fibromyalgia.

According to other research, fibromyalgia-related personality traits may potentially have a hereditary component and be part of the predisposition.

How is Fibromyalgia Inherited?

Some research suggests an autosomal-dominant inheritance pattern for fibromyalgia, which means that only one parent needs to pass on the causative genes for you to be at risk.

If I Have Fibromyalgia, Will My Child Get It From Me?

Different members of the same family have often been diagnosed with fibromyalgia.

You are 8.5 times more likely to get the syndrome if you have a first-degree relative, such as a parent, sibling, or offspring, with the syndrome.

Researchers discovered that 28% of the children whose mothers had fibromyalgia also had the condition.

Other Risk Factors For Fibromyalgia

There are many risk factors for fibromyalgia. However, merely possessing one of the risk factors listed below does not guarantee that you will get the syndrome.

Women are more likely than men to have fibromyalgia because estrogen and other female reproductive hormones make women more sensitive to pain.

Another possible risk factor for fibromyalgia is menopause, which causes decreasing estrogen levels.

According to the NFA, between the ages of 20 and 50, most patients with fibromyalgia have been diagnosed.

Fibromyalgia is particularly prevalent in some persons with sleep disorders such as sleep apnea and restless leg syndrome (RLS).

The likelihood of getting fibromyalgia is higher in people with other autoimmune disorders. These disorders include:

Hormonal imbalances cause mental health disorders such as depression and anxiety, the underlying factor for developing fibromyalgia.

Depression may also result from the pressure of dealing with persistent pain. Additionally, depression can exacerbate your pain.

Who Is At Most Risk for Fibromyalgia

You are highly susceptible to developing the condition if you have:

Does Fibromyalgia Go Away With Weight Loss?

Fatigue and many other ailments are made worse by having too little muscle and too much body fat.

According to studies, exercising and lowering weight can reduce pain while improving daily function.

Subsequent studies have connected being overweight and having high-fat mass to more severe fibromyalgia cases.