The DNA Blog » Genes and Health » Is Crohn's Disease Genetic? 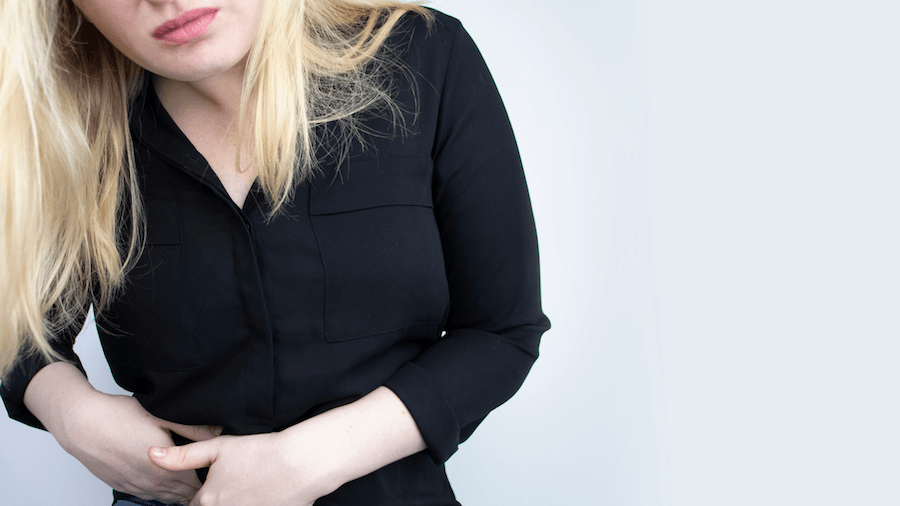 What Is Crohn’s Disease?

A type of inflammatory bowel disease, Crohn’s disease can affect any part of the digestive tract. Although it commonly affects individuals in their late teens or early 20s, it can develop at any age affecting men and women equally.

Several risk factors have been identified to influence Crohn’s disease including environmental and genetic factors.

In this article, we will discuss how genetics can affect your risk for developing Crohn’s disease.

Studies have shown that around 15% of the individuals affected by Crohn’s disease have an immediately affected relative.

Some environmental factors like diet, alcohol consumption, and smoking also act as influences.

What are the genetic risk factors for Crohn’s disease?

Mutations in some genes on chromosomes 5 and 10 are linked to Crohn’s disease.

Mutations in the above genes affect gut bacteria which in turn affects the ability of the intestinal cells to respond to it. This leads to symptoms of inflammation and digestive issues associated with Crohn’s disease

How Prevalent is Crohn’s disease?

Around 3 million adults reported being diagnosed with either Crohn’s disease or ulcerative colitis as of 2015 in the United States.

What are the symptoms of Crohn’s disease?

Some symptoms of Crohn’s disease to be aware of include:

How is Crohn’s disease diagnosed?

Prenatal genetic testing for mutations in the NOD2 gene is also done for pregnant women. Simply finding a mutation in this gene does not necessarily indicate a diagnosis of Crohn’s disease. It only indicates an increased risk of developing the disease.

What is the prognosis for Crohn’s disease?

There is no known cure for Crohn’s disease. The main objective for treatment is the relief of symptoms and disease remission. Remission is when you don’t feel any noticeable symptoms of the disease.

Remission can last from days to years and varies between individuals.

Treatment of Crohn’s disease involves a combination of drugs and sometimes surgery. Antibiotics, biologics, anti-inflammatory drugs, immune system suppressors, diet, and more are potential therapies that may be recommended by your healthcare team.

September 15, 2022
So pleased I ordered the Methylation Report.
I’m so glad I confirmed once and for all about my MTHFR status. I had a raft of tests done last year by a practitioner which certainly pointed to under-methylation, including slightly elevated homocysteine, and other signs and symptoms, but the genetic testing they offered was extortionate. After completing my AncestryDNA I was able to upload my raw data file with Xcode Life at a very reasonable $20 and receive a report that was very easy to understand and which included details on some 42 gene SNPs in my profile relating specifically to methylation. My current health issues are moderate, not critical but I now have a concrete plan on how to go about lowering my homocysteine and checking it’s status every year as guide for health. Given my mother and both maternal grandparents had significant cardiac issues, this feels very prudent. I would definitely recommend Xcode Life as an economical option for unravelling one’s genetic markers.
Rebecca Burwell

July 29, 2022
This has been really helpful for me
This has been really helpful for me. A while back I had gotten the nutrition report from Xcode and it really helped me understand certain aspects of my diet. Fast forward about two years and I am sluggish, irritable, tired, etc. I discussed it with my doctor and they ran some bloodwork. Turns out I'm deficient in some vitamins and needed to supplement. I went back and reread my xcode report and they are the exact same vitamins that the report told me I would need to supplement. Turns out I don't metabolize them as efficiently and need some additional help to meet my requirements. Overall, it was a really great experience and I look forward to ordering more of the reports.
Erin Souza