The DNA Blog » Genes and Health » Is Genetic Testing For Multiple Sclerosis Available? 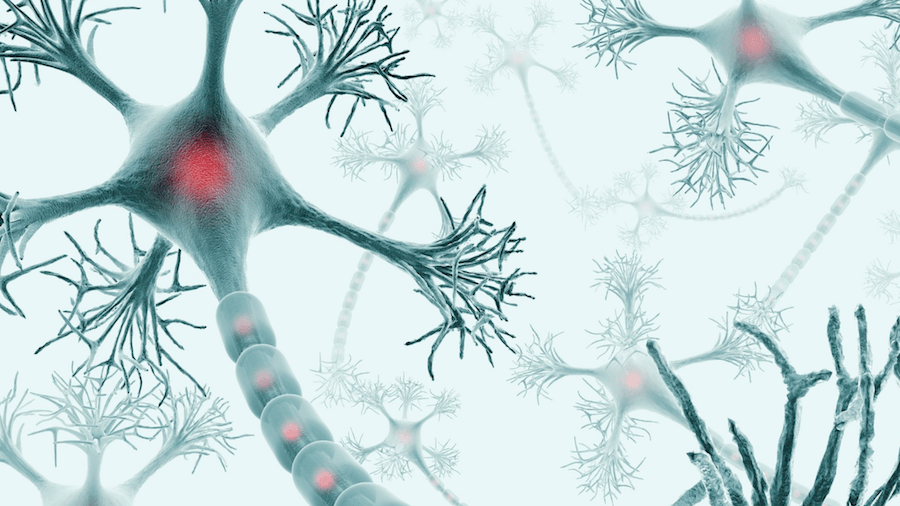 In the sample report below, we've attempted to analyze some important genes that increase the risk of multiple sclerosis.

You can identify your genetic risk of multiple sclerosis by using your 23andMe DNA data and placing an order for the Gene Health Report.

An Overview of Multiple Sclerosis

Multiple Sclerosis (MS) is an autoimmune condition where the immune system attacks the myelin sheath of the nerve cells in the Central Nervous System (CNS).

When the myelin sheath gets damaged, the nerve cells in the CNS cannot pass on information.

MS can cause the following symptoms.

The signs of MS usually sets in between ages 20 and 40. Just like other autoimmune conditions, MS is more common in women than men.

A nationwide study in Denmark concludes that the female-to-male ratio of MS is 2.35:1.

The same study suggests that people in the northern latitudes are at higher risk for developing MS.

There are four types of MS identified.

The RRMS is the most common type, affecting more than 80% of patients.

While it is not easy to identify the exact cause of Multiple Sclerosis, experts agree that a combination of genetics and environmental factors play a role in increasing the risk.

That is why Multiple Sclerosis genetic testing is becoming popular in identifying one’s risk of developing the condition. We will discuss more of this in the coming sections.

Some studies suggest that a lack of vitamin D could be associated with a slightly increased risk of developing MS. This could be why people in the northern hemisphere experience MS more.

Smoking is one of the biggest preventable environmental causes that lead to MS. Smoking causes DNA-level changes in the body, leading to autoimmune conditions.

In the recent past, there have been studies that relate high dietary salt intake with an increased risk of MS.

Salt may encourage the activity of a type of cell in the immune system called the pathogenic T-helper 17 (Th17).

These cells can stimulate the immune system and encourage the development of an autoimmune condition like MS.

EBV infection is widespread in human beings and is mostly asymptomatic. About 95% of all adults experience this infection at least once in their lifetimes.

EBV infection during adolescence or adulthood may increase the risk of developing MS by over-activating the immune system.

Genetics play a role in causing MS. A study shows that the family recurrence rate of MS can be up to 15%.

Individuals with first-degree relatives with MS have a 3-5% chance of developing the condition themselves. This increases to up to 30% in the case of monozygotic twins.

While multiple genes can increase the risk of MS, an important one is HLA-DRB1 (major histocompatibility complex, class II, DR beta 1).

This gene produces a protein called the beta chain that plays a role in immune functioning. This protein combines with another protein called HLA-DR antigen-binding heterodimer and helps identify foreign particles in the body.

According to studies, the HLA DRB1*1501 variant of this gene is found more in people with MS, suggesting that it may contribute to the risk.

Multiple Sclerosis Genetic Testing: When Should You Consider

Multiple Sclerosis genetic testing is a way of understanding a person’s potential risk for developing MS in the future.

While this is not a diagnosis or a confirmed identification of the condition, genetic testing may prove beneficial in the following individuals.

In all these cases, Multiple Sclerosis genetic testing may help point to or rule out MS or similar conditions that affect the myelin sheath.

You can choose to get yourself tested. However, the presence of the risk alleles may not 100% mean the person will develop the condition.

In the same way, some people’s tests may not show the risk variant, but they could develop the condition because of other factors.